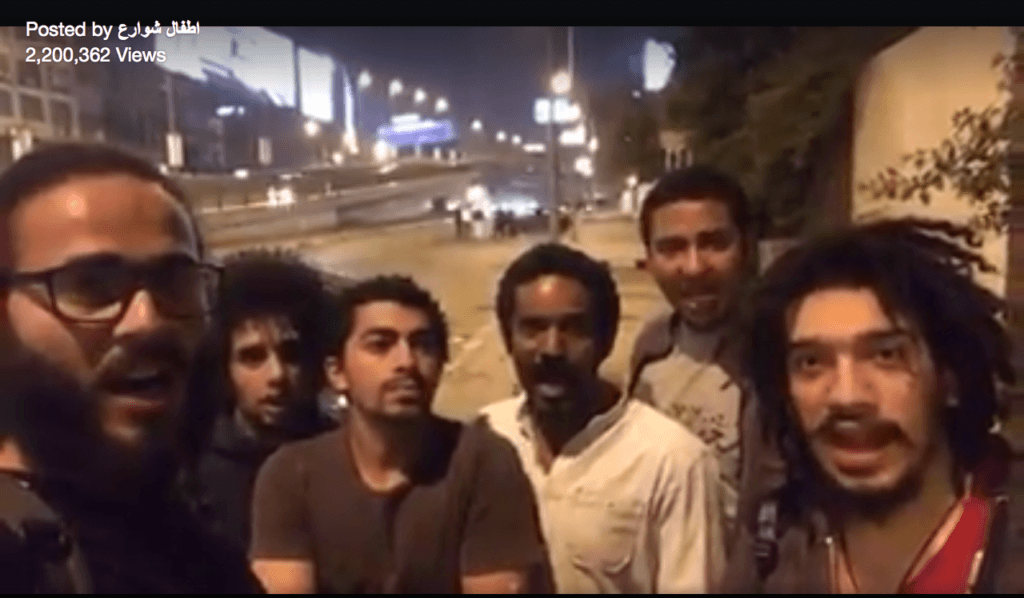 The New York-based Human Rights Watch (HRW) called for the release of four members of the Egyptian online satirical troupe Atfal al-Shawarea (Street Children) on Thursday, asserting that their detention “violates the right to free speech.”

The troupe members have been imprisoned since May 10 on charges of inciting protests and using online platforms to insult state institutions.

“Egypt under Sisi is losing its legendary sense of humor when it locks up young men for making satirical videos,” HRW deputy Middle East and North Africa director Nadim Houry said. “This kind of blanket repression leaves young people with few outlets to express themselves or joke about their daily hardships.”

The troupe has released several short humorous videos commenting on the state of art, society and politics in Egypt. They have built a following of almost 300,000 people on Facebook in the last few months.

Their last video, which was released on May 2 and was viewed over 1 million times before their Facebook page was deactivated, criticized the recent crackdown on the Journalists Syndicate and the anti-government protests prompted by the transfer of sovereignty over two Red Sea islands from Egypt to Saudi Arabia. The video ends with the troupe declaring that the revolution continues, chanting “Leave!” — the same chant used in protests against former presidents Hosni Mubarak and Mohamed Morsi.

HRW explained that the prosecution’s investigations are based on reports by the National Security Agency, which claimed that the group members are “instigators who distort the words of national songs and replace them with verbal abuse against the state.” The human rights watchdog also referred to press reports indicating that the four detained troupe members may also face additional charges of contempt of religion.

“Egypt’s youth have been a driving force for change since the 2011 uprising,” Houry said. “Upholding human rights and free speech is the best way for Sisi to begin to repair the government’s relationship with them.”

Topics
Related
artist arrests
Members of satirical troupe receive another 15 days of detention
The East Cairo Prosecution renewed the detention of four members of the online satirical troupe Atfal
art in public space
Atfal al-Shawarea: A fatherly fear of sarcasm and the street
Shady Zalat | It started on the internet but may end in the street, which the regime thinks it can totally control