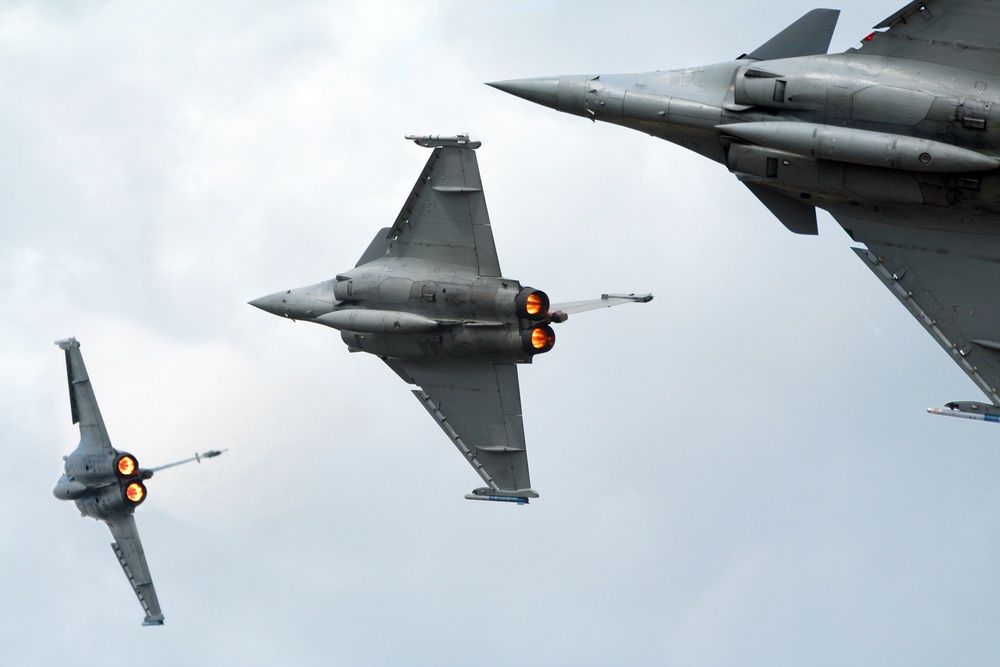 Despite its ailing economy and expanding fiscal deficit, Egypt upped its spending on military imports to US$2.268 billion in 2015, making it the world’s fourth-largest defense importer, global analysis firm IHS Inc. reported Monday.

Overall, the global arms trade had a record-breaking year, with sales reaching US$65 billion. The Middle East was the largest importing region, with deliveries of defense equipment reaching US$21.6 billion, IHS found. Saudi Arabia, which has been carrying out air strikes in Yemen and participated in a US-led coalition against the Islamic State, was at the top of the list with US$9.325 billion in imports, followed by India, Australia and Egypt.

Egypt receives US$1.3 billion in annual military aid from the United States, and under President Abdel Fattah al-Sisi has also made major purchases from other exporting countries, including Russia and France. High-profile deals include a 2015 agreement with France to purchase 5.2 billion euros’ worth of military equipment, including 24 Rafale fighter jets and a naval frigate, and a contract with Russian firm Rosoboronexport to buy 46 attack helicopters.

The full extent of Egypt’s military budget is a closely guarded secret, and estimates from monitoring groups vary. Transparancy International puts the annual defense budget at around US$4.4 billion, while industry intelligence firm BMI Research estimated defense spending at US$5.1 billion in 2015, predicting it would exceed US$5.4 billion in 2016 and US$6.5 billion in 2020. The Stockholm International Peace Research Institute, which tracks transactions based on production costs rather than purchase prices, calculates that the value of arms transfers to Egypt in 2015 reached US$1.475 billion in 2015, compared to US$686 million in 2010 or US$368 million in 2014.

By contrast, Egypt’s current budget calls for healthcare spending of LE49.2 billion, around US$5.6 billion at the official exchange rate.

International organizations have raised concerns about the lack of transparency and accountability for military spending in Egypt. The country was placed in Band F — the highest risk category for corruption in the defense and security sector — in Transparency International’s 2015 Government Defense Anti-Corruption Index. The organization called for urgent reform, noting that the defense budget is classified as a state secret and that there is no public scrutiny of the military’s economic activity.

Topics
Related
expenditure
Q&A with Thomas Piketty, author of Capital in the Twenty-First Century, Part 2
Osama Diab | In the second part of a two-part interview at Mada Masr’s office in Cairo, the author of bestseller
arms deals
In search of a legacy, Egypt’s leader buys arms
Abdallah Hendawy | The question is why a country like Egypt, with very few naval or aerial threats, is seeking such extraordinary