Eating in public during Ramadan is an attack on Islam, declares Dar al-Ifta
By
Mada Masr 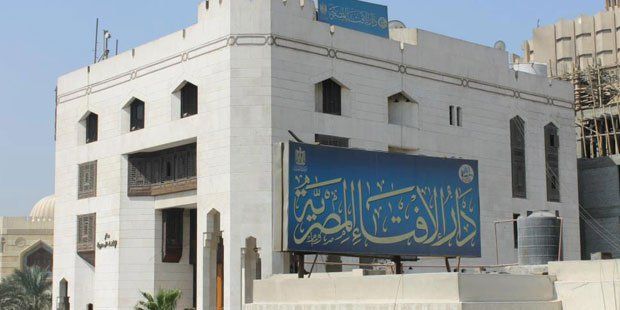 Eating and drinking in public during Ramadan is not a matter of personal freedom, Egypt’s Dar al-Ifta said in a new edict published on its official Facebook page Monday.

Eating publically during the fasting hours is a “form of chaos and an attack against Islam’s sacredness,” the Islamic educational institution declared.

“It is an act of openly committing a sin, which is prohibited and insulting to public decency in Muslim countries, as well as a flagrant violation against the sanctity of society and its right to respect its beliefs,” it continued.

Dar al-Ifta’s edict provoked controversy on social media. Several Facebook users posted vehemently angry comments on the post, viewing it as an attack on free will. Others even went so far to lambast the edict for potentially inciting violence against those who publically break their fast.

One user said she reported the post as “violent” and “threatening.”

Over the past several years, security raids have targeted a number of cafes across the country where people ate or drank during Ramadan. The first was in 2009, when around 150 people were arrested in the southern city of Aswan for daytime eating. In the most recent incident, in 2015, 25 people were arrested in Cairo’s upscale Fifth Settlement district for publically eating and drinking during fasting hours, only to be released by the prosecution. The arresting officer said he apprehended the young people for “harming the personal feelings of fasting people in Ramadan,” but prosecutors said there were no legal grounds for arresting people who don’t fast during Ramadan.

After the incident, the Interior Minister denied that it arrests non-fasters. Then-ministry spokesperson Abu Bakr Abdel Karim said that God gave Muslims a number of exemptions from fasting, which the authorities cannot contradict.

Dar al-Ifta is known for its contentious edicts, including one released in August 2014 when it prohibited Facebook chatting between men and women who do not know each other.

Dar al-Ifta said that such conversations are dangerous, “as many experiences in our present time prove that this opens the door for evil and frivolity, an entrance for Satan and a source of corruption and sedition.”

The fatwa also instructed women not to send personal photos online to people they don’t know in order to protect themselves and keep their chastity and dignity intact.

In another edict issued that August, Dar al-Ifta proposed a code of honor that would impose “religious conditions” on social media users. The report warned of the increase of “pictures and videos that oppose social norms and religious rules.” As it is impossible to ban the use of social media, the report continued, it’s necessary to implement a code of honor.

Contentious fatwas aren’t just the purview of Dar al-Ifta, but have also been linked to officials affiliated with Al-Azhar, the larger official Islamic institution in the country.

Former Grand Mufti Ali Gomaa is particularly notorious in this regard. He has said that smoking cigarettes does not break the fast, in contradiction to traditional religious teachings. He has also said that hymen reconstruction surgeries are not banned by Islam. In 2007, he issued a fatwa declaring that the urine of Prophet Mohamed could be used as a source for healing and blessings.

But among all Al-Azhar clerics, the most provocative edict was likely the one passed by Al-Azhar University scholar Ezzat Ateya in 2007, when he claimed that women are allowed to breastfeed their male colleagues in order to establish a “family bond” that would permit them to work alone together in the office. Ateya was later suspended by Al-Azhar University.