اقرأها بالعربية
How will Egypt rein in its explosive population growth? 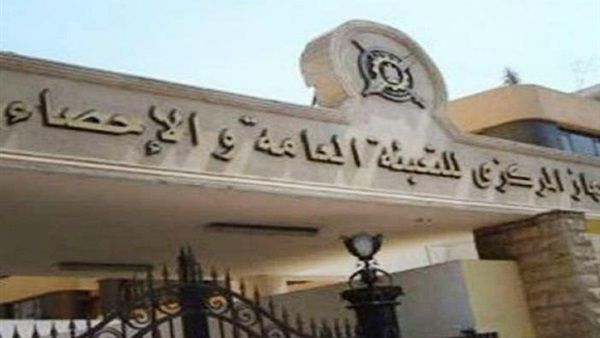 Egypt’s population is growing at a rate five times higher than that of developed countries, and twice as high as developing countries, according to the state-run Central Agency for Public Mobilization and Statistics (CAPMAS).

On Sunday, CAPMAS announced that the country’s population has reached 91 million, increasing by 1 million people in only six months.

Cairo is the most populated governorate with 9.51 million people, followed by Giza at 7.84 million. The Red Sea Governorate is the least populated, with only 358,000 people, which points to the question of population density — according to CAPMAS, only 7.7 percent of Egypt is inhabited.

This announcement should sound an alarm for the public, says a CAPMAS official who asked to remain anonymous.

To achieve an appropriate standard of living, the economic growth rate has to be three times the population growth rate, he says, “which means it should be at least 7-8 percent. But now, it’s a very difficult equation.”

“No matter how many economic projects we launch, the population growth will consume that development,” he warns.

The velocity of the population increase is inevitable, argues Hania Sholkamy, an associate professor at the American University in Cairo’s Social Research Center.

The rapid rise is due to a “cohort effect,” whereby there was a leap in the number of people who are entering their fertility years and getting married, particularly after the January 25, 2011 uprising, she says.

“When you have more people at a child-bearing age and more marriages, the increase in population is inevitable,” Sholkamy explains. “Anyone who has been following the population issue would have been anticipating this growth. It’s as simple as two plus two equals four — but four appears later.”

Sholkamy attributes the rise in marriages to several factors, including the return of many Egyptians from abroad due to financial crises and political insecurity, as well as the change in rental laws, which made it easier for newlyweds to rent apartments and thus released a “pent-up demand” to get married.

If the government doesn’t positively intervene and develop a long-term population policy, nothing will stop this explosive population growth, Sholkamy continues.

This is a long-term issue that can’t be looked at year-on-year, she adds. “We need to invest in the 5-year-old cohort, because in 15 years they will be sexually active,” she explains. This age bracket needs to be offered good-quality education and good health services, as well as adopt values that are pro-sexual and reproductive health, so that they contribute positively to family planning strategies, Sholkamy argues.

However, a fair political environment is key to developing successful population policies, she maintains, as “top-down population policies never worked except short term. You can’t have people forgo having children just because the state tells them to.”

There needs to be public ownership of the policy, “but you cannot have that in an autocratic or stale political environment,” she cautions.

The population growth rate, which reached 2.4 in 2015, is the single most important challenge currently facing Egyptian society, CAPMAS said in its Sunday report.

But this decrease is still minimal, the CAPMAS official points out.

“It’s a good thing that it’s stable and not increasing, but it’s still high,” he says.

In a press conference in April, Guindy lauded government efforts to raise awareness on the issue, namely the 2015-2030 National Population Strategy, launched by then-Prime Minister Ibrahim Mehleb in October 2014 to tackle overpopulation.

However, Sholkamy laments the lack of vision and leadership that mar these national strategies.

“There is no effort at coordination, especially within the Health Ministry. We need redistributive policies and better education,” she says. “We need a population policy that relies on offering a better quality of life.”

“It’s as if the state is keeping its fingers crossed that something is going to happen to the people to stop the population growth,” Sholkamy argues.

And without a proper population policy, she cautions, there is no hope for social justice, employment, economic development and better-quality public services.

AD
You Might Have Missed
Mugamma revisited: Reimagining the building and the square
Carbon Colonies & A Green New Deal
Where do old lesbians go to die?
What we talk about when we talk about trees
AD
Dalia Rabie
38 articles on Mada

Topics
Related
CAPMAS
CAPMAS: Population growth rate in Egypt decreases for first time in 10 years
The population growth rate has decreased in Egypt for the first time in 10 years, the Central Agency
2015 Egypt Economic Development Conference
Egypt’s new capital: A city for investments or for alleviating overpopulation?
Mostafa Mohie | After Prime Minister Ibrahim Mehleb announced plans to build The Capital Cairo at Egypt’s economic
news
Egyptian birth rate jumps in 2012
CAPMAS has revealed that births went up by 2.6 million in Egypt in 2012, compared to only 2.4 million