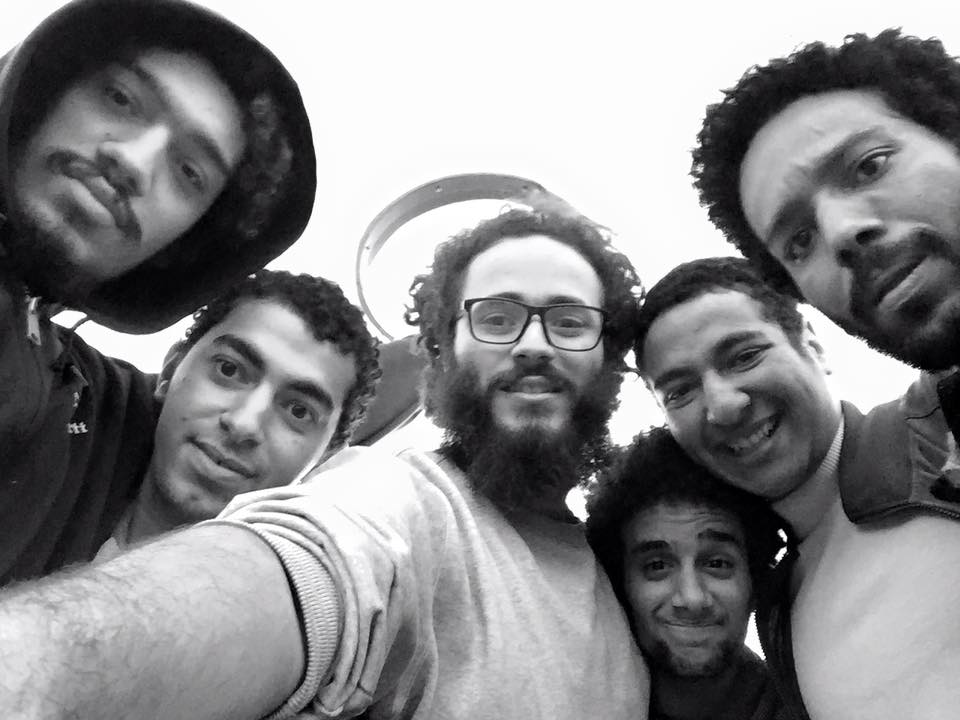 The East Cairo Prosecution renewed the detention of four members of the online satirical troupe Atfal al-Shawarea (Street Children) for another 15 days on Tuesday.

The four men were arrested from their friend’s house on May 10 and have remained in police custody. A fifth member, 19-year-old Ezz Eddin Khaled was arrested on May 7 and released on May 11.

The troupe members’ lawyer Mahmoud Othman told Mada Masr that the prosecution’s decision to extend the troupe member’s detention followed a hearing focused on commendations from the Ministry of Culture and the Institut Français d’Egypte that were submitted by the defense team rather than on the investigation.

The troupe’s members have won various cinema and theater awards and Dessouky has been granted a scholarship to study in France next year, according to Othman, a lawyer for Association of Freedom of Thought and Expression.

In contrast to prisons across Egypt the detention conditions in Cairo’s Heliopolis prison, where the four are being held, are not dire, Othman said. The troupe members’ families have been allowed to visit them and bring them food.

Egyptians launched an online solidarity campaign following the troupe members’ arrest, featuring people posting selfies taken in the mirror bearing the hashtag “Does the camera phone scare you?” Others have recorded selfie videos in solidarity.

Atfal al-Shawarea has released several short videos featuring humor and song to comment on the state of art, society and politics in Egypt. They have built a following of almost 300,000 people on their Facebook page in a few months.

Their last video, which was released on May 2 and garnered over 1 million views before their Facebook page was deactivated, criticized the recent crackdown on the Journalists Syndicate and the anti-government protests prompted by the transfer of sovereignty over two Red Sea islands from Egypt to Saudi Arabia. The video uses Modern Standard Arabic a manner similar to dubbed foreign language animated cartoons. The video ends with the troupe declaring that the revolution continues and a chant “Leave!” — the same chant used in protests against former presidents Hosni Mubarak and Mohamed Morsi.

In their most-watched video, which translated as “Saudi Arabia: 7,000 Years of Civilization,” the troupe narrates Egyptian history as if it has been a part of Saudi Arabia. More than 2 million viewers have watched the video.

The group’s Facebook page was suspended after their arrest, but their videos can be viewed on YouTube.

Topics
Related
art in public space
Atfal al-Shawarea: A fatherly fear of sarcasm and the street
Shady Zalat | It started on the internet but may end in the street, which the regime thinks it can totally control
artist arrests
Member of satirical troupe released, 4 others to be detained for 15 days
Nineteen-year-old actor and student Ezz Eddin Khaled, a member of the satirical Atfal al-Shawarea troupe,