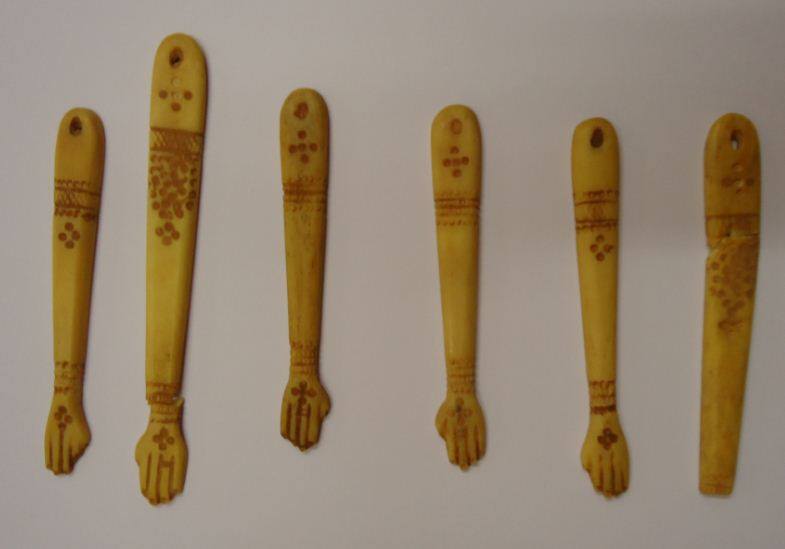 After six years of diplomatic efforts, Egypt has recovered 44 ancient artifacts from France. The objects date back to different historic periods, including the Roman dominion over Egypt (circa 30 BC to 641 BCE) and the Coptic Christian era.

The items handed over to the Egyptian Embassy in Paris included a Roman limestone statue of a woman, Coptic crosses, earrings, spindle whorls and wooden hand clappers used as percussive instruments, according to a statement published by the Antiquities Ministry on Monday.

The artifacts were first seized by French authorities at the Charles de Gaulle International Airport in March and November 2010, the statement explained. The Antiquities Ministry’s Department of Recovered Artifacts then identified the pieces as “belonging to Egypt’s cultural heritage,” and declared that they were illegally smuggled out of Egypt according to the terms of the country’s antiquities protection laws.

The statement expressed Egypt’s “full appreciation for the French government’s close cooperation with the ministry in the recovery of smuggled artifacts.” Over the course of the past year, French authorities have assisted Egypt in recovering 240 artifacts that were illegally smuggled out of the country, the ministry added.

Egyptian diplomats and the Antiquities Ministry have succeeded in recovering a total of 546 smuggled artifacts since the beginning of 2015, primarily from western countries including Belgium, France, Germany, Switzerland, the UK and the USA.

In November 2014, France handed over 239 artifacts to Egyptian officials after learning that they had been stolen and smuggled into Europe.

There are an untold number of stolen Egyptian artifacts that have not yet been accounted for. Countless others are on display in public museums or in private collections, while others still are sold to the highest bidders at auction houses.