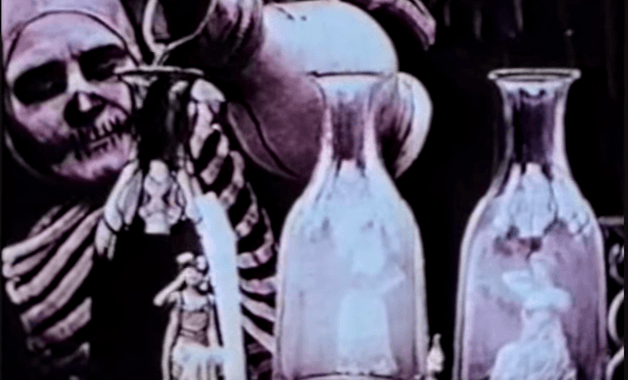 The Red Spectre by Segundo de Chomon, 1908
By
Andeel

Last night was the fourth “Dinner at the Movies” collaboration between Eish & Malh and Cimatheque. Eish & Malh transforms its main dining space into a darkened cinema with a row of long dining tables with chairs on one side, and they provide special food pairings for an unusual set of movies projected up front as you eat.

The movies are programed by Cimatheque, a collaborative project interested in connecting cinema professionals and enthusiasts through screenings, talks, trainings and access to labs and an archive, all of which is happening in two converted apartments that happen to exist across the street from Eish & Malh.

The food was — as it always is at Eish & Malh — thoughtfully designed. The rivetingly drawn-out meal included a local organic fresh beetroot and warm goat cheese salad, a crazy roasted yellow pepper soup, a fat main course of your choice that could be a salmon steak cooked in an intense dill sauce, beetroot risotto, chicken stew or saffron veal. There was a minty watermelon juice before the meal, and homemade earl grey ice cream afterwards (it cost between LE89 and LE160, depending on your main). 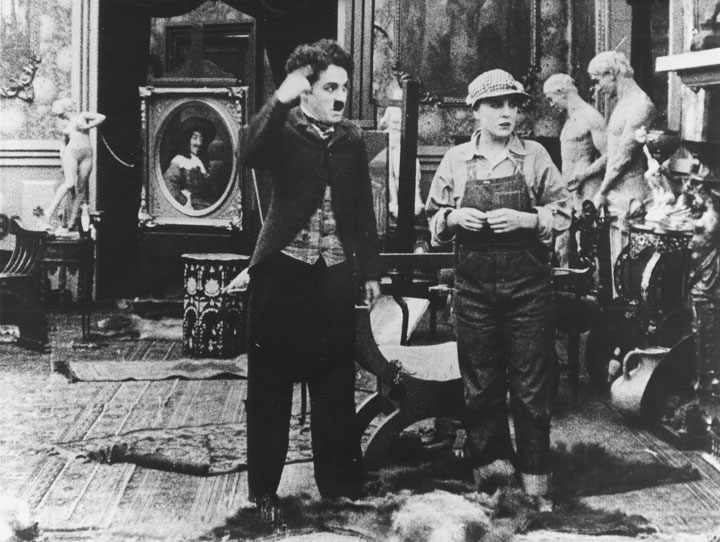 Behind the Screen by Charlie Chaplin and Edward Brewer, 1916 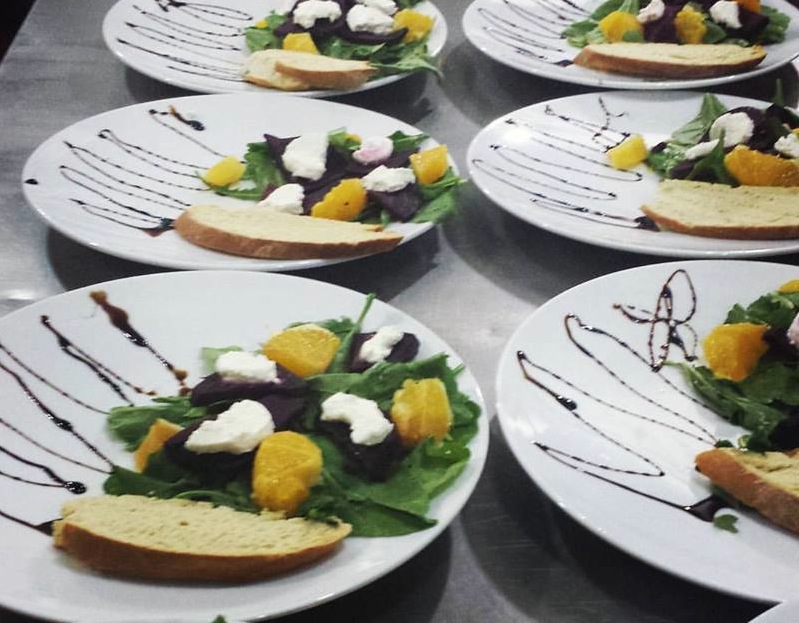 The movies, chosen by Cimatheque’s Yasmin Desouki around the themes of marginality and the outsider, were not any less mad. A 1907 fantasy movie full of extravagantly hellish scenes of pyrotechnically magical wonders was followed by a hilariously chaotic Charlie Chaplin film in which he is a stagehand humiliated by almost everybody on set except the woman who has to disguise herself as a man to have a job. Then another silent movie that looked like everyone involved was totally high — a lens distortion is supposed to convince the audience that a mad scientist has invented a powder that makes people shrink! Then things started getting serious with an experimental avant-garde movie from the 1920s about the pace of modern life with a slight criticism of capitalism, followed by rare Egyptian news reels shot as some sort of cultural exchange between 1960 and 1970, and an experimental short by Atteyat al-Abnoudy shot in an Egyptian village in 1975. Finally, a 1912 stop-motion starring real beetles as an unfaithful couple and a vengeful cameraman.

All the non-Egyptian films were made in the first three decades of the 20th century, and this provided a brief panorama of the world through movies that were made during an era when everything was changing very quickly. It was fascinating to watch what kind of dreams and ambitions people had in that time, and compare it with ours. It was also amazing to watch how these people battled with technology and logistics to make something worth people’s attention, works that are so difficult to find because they are so unusual and bold. A lot like the people who chose them and invited us to watch. 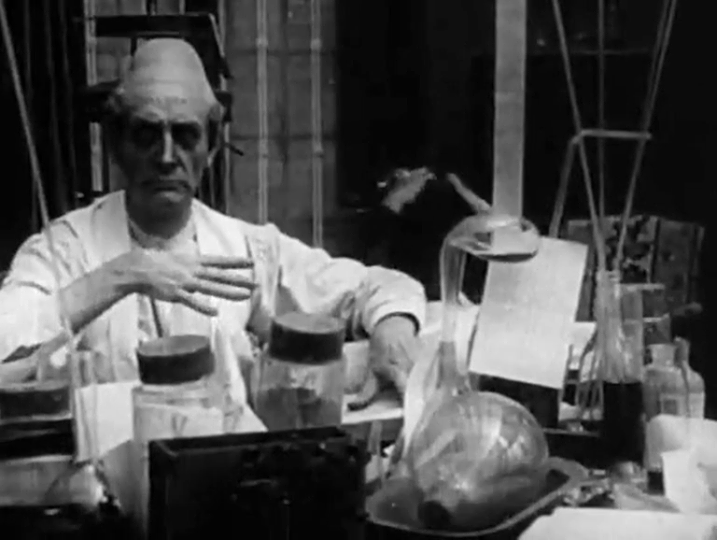 The Madness of Doctor Tube by Abel Gance, 1915.png 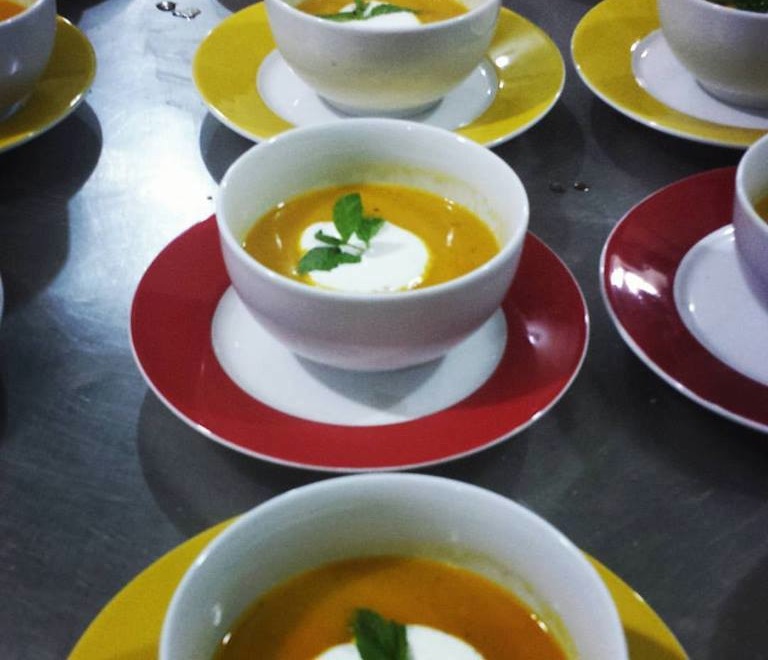 Eish & Malh, run by Nadia Dropkin and Dina Abouelsoud, is a restaurant that is clearly interested in cooking as a cultural and political activity that reflects a lot of the details of the place where it’s happening. Their menu is usually focused on new Italian cuisine, which could sound very appealing to certain aspiring middle-class people who associate foreign food with class and ambition. But because Eish & Malh’s dishes always tend to find some connection between local taste and ingredients and the Italian Mediterranean’s, let’s say, philosophy of food, its being Italian seems to be a trait that inspires curiosity, familiarity and tolerance rather than show-offy identity crises.

Cimatheque, on the other hand, is a project that is floating around the edge of the map of Egypt’s film industry, an industry that is one of the oldest and biggest in the world with a huge yearly production that communicates with millions of viewers across the Middle East. In places like Cimatheque, filmmakers can learn about cinema and what it’s capable of doing through horizons much wider than those provided through the narrow tube of government education or commercial experience, where corruption, jadedness and inefficiency tend to wear out people’s talent and replace it with nihilistic approaches to an art form that, without exaggerating, we can say changed the face of earth in the last century. 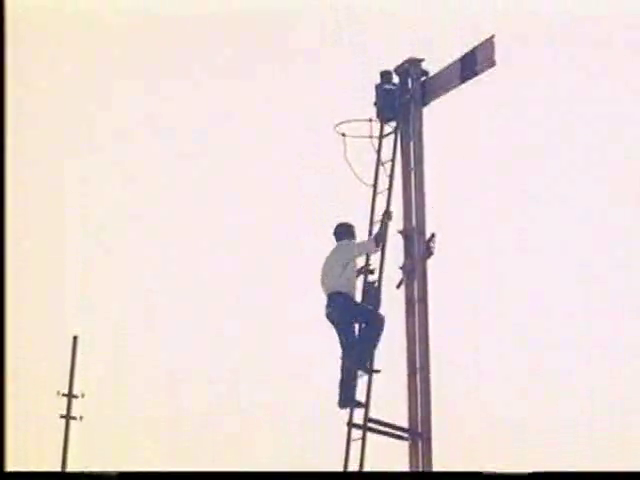 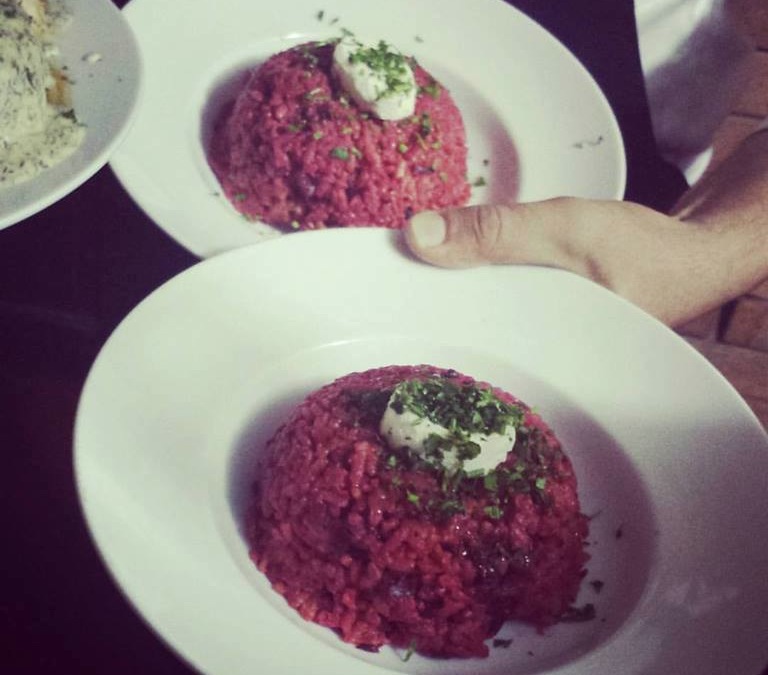 The main thing you can clearly see in common between these two projects, especially when they are combined like that, is a sense of independence. These are people who seem to have visions for themselves and the place where they live that have isolated them from the predictable safe paths for business or artistic ambition. A restaurant in the heart of Cairo’s economically fragile real-estate market that chose a risky business model based on experimenting with clientele rather than giving them what they want, and a cinema initiative that built a costly complex hub from zero just to provide a space for learning and developing ideas away from the compromises and reactionary agendas that reliably bring in cash.

The state provides almost no support for such projects, and the people behind them might have benefited from bourgeois privilege or high-quality education unavailable to most Egyptians, yet most people passing by the restaurant, which has big windows at street level, can walk in and experience the evening, or at least connect themselves to it and know it existed. People can book a seat on Facebook or just sit on the top floor of the restaurant and observe a shot from a rare Chaplin movie they never saw before and fall in love. They can also criticize the experience and say what they disliked about it. At the end of the day, it happened, and it’s now part of people’s awareness and possibilities, even as an inspiration. 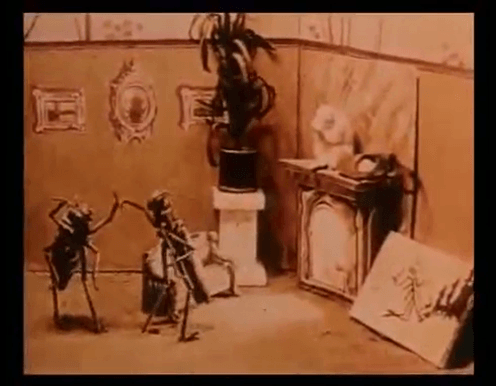 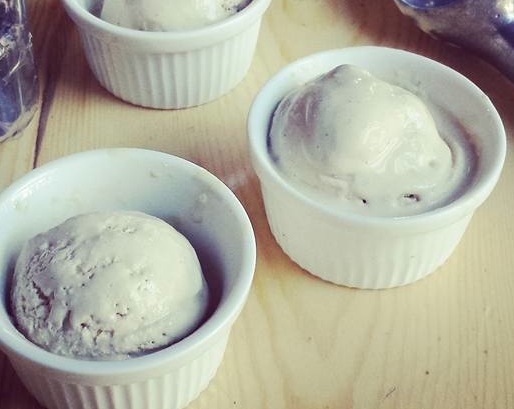 Egypt is a huge country that’s sitting on a huge renewable supply of culture. People love making art and try every possible way to create it, sometimes with almost no resources at all. A lot of Egyptian culture producers nowadays have zero trust or hope in the government’s plans for cultural production, which means more innovative ideas, solutions and possibilities for newer and more liberated arts. This is what has to happen if the government continues making it impossible for people to gather in the streets or public places, or even have access to decent cultural services.

Initiatives like these can grow a generation that believes in freedom and the right to think and choose and know about the world a lot more than us and our parents. So many years from now, an event like yesterday’s at Eish & Malh can become a usual thing, not something to get incredibly excited about and rush home to write an article.

AD
You Might Have Missed
Mugamma revisited: Reimagining the building and the square
Where do old lesbians go to die?
Carbon Colonies & A Green New Deal
What we talk about when we talk about trees
AD
Andeel  @_andeel_
280 articles on Mada

Topics
Related
Cimatheque
A new cinema from a new reality: Sitting in on Kurrasat
Laura Cugusi | Taher Chikhaoui suggests that a new reality is creating a shift in cinematic language that leaves more
3alganoob
Sofar Sounds fits snugly in Cairo’s DIY culture trend
Habiba Effat | Short-lived artist-run spaces, imaginary schools, newspapers set up by groups of journalists, rooftop
Alexandria
Atelier Alexandria: The persistence of the state
Sohier Amin | It seems that a serious generational gap may be threatening this well-preserved ecosystem that has sustained
Alexandria Contemporary Arts Forum (ACAF)
Do it yourself
Jenifer Evans | "I have a problem with the idea that contemporary art is a Western product and when it comes to Egypt