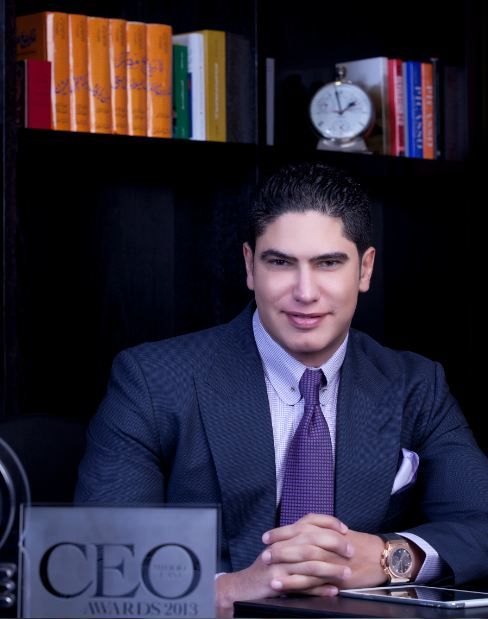 The acquisition is part of the company’s plan for future expansion, the statement said, including the launch of new TV channels and series, as well as digital projects aimed at the youth.

The statement hailed Sawiris’s “nationalistic vision” during his time at the helm of ONtv, “which had a notable impact during tough times across the last years,” and lauded “its contribution to challenging the dangers Egypt faced up until the eruption of the June 30 revolution.” The statement further highlighted ONtv’s “support for the stability of the Egyptian state, work on moving the Egyptian economy forward and support for the Egyptian nationalist leadership according to a mature media policy.”

The statement promised that the ONtv team would remain in place to lead Al-Masryeen Media’s future growth.

Talaat steered Promo Media into a major financial crisis when the company purchased advertising rights with several local newspapers and channels, but failed to fill the slots. The resulting financial shortage led to a failure to pay journalists’ salaries for months. Following the incident, news outlets accused Talaat of theft.

The acquisition deal came as a surprise, particularly given ONtv’s launch of a rebranding plan earlier this year. The plan included a new channel for entertainment and sports, focusing largely on football. The original channel shifted to more socially oriented content, while ONtv life was dedicated to a few political talk shows.

The fate of the channel’s editorial line is currently in the air, a source at ONtv who asked not to be named explained to Mada Masr.

“Will there be any changes to the editorial policy? Will it shift completely to entertainment and leave politics aside? Will there be new plans for programs? No one really knows,” the source said.

ONtv was at the forefront of local media opposition against the Muslim Brotherhood’s rule in 2013 and openly endorsed former President Mohamed Morsi’s ouster, subsequently leading a chorus of support for the state and the political leadership of President Abdel Fattah al-Sisi. The channel’s editorial line forced two of its leading anchors, Reem Maged and Yosri Fouda, to go off-air.

The deal came following news that the prominent Al-Hayat network — owned by businessman and head of the liberal Wafd Party, Al-Sayed al-Badawy — might undergo a similar transition. Al-Hayat, a widely watched entertainment channel that also presents strong political content, has recently faced severe financial challenges due to its inability to sell any of the advertisement rights for this year’s Ramadan series.

There are also similarities in Sayed and Sawiris’s political activities. The Wafd Party and the liberal Free Egyptian Party, founded and financed by Sawiris, both refused to join the pro-state For the Love of Egypt coalition during the parliamentary elections. The parties have described the pro-state alliance as a reformulation of fallen President Hosni Mubarak’s National Democratic Party.

Mohamed Abdel Rahman, a media analyst and chief editor of the E3lam.org website, told Mada Masr that Sunday’s deal and rumors that Al-Hayat is for sale could end up reshaping Egypt’s media industry.

“There is news that Al-Hayat will be sold to businessmen from the Gulf, so we would then have the two biggest channels owned by leading businessmen and politicians either directed to pure entertainment, like the case of Al-Hayat, or sold to a businessman with known political affiliations, like Hashima,” Rahman explained.

He expects ONtv’s editorial line to shift its focus to entertainment and reduce its political content.

“Sawiris, who is known for his impact on establishing political media in Egypt, is formally out of the market, which means that the Free Egyptians Party lost an important media arm,” Rahman continued. “The deal is obviously showing that there will be no diversity in the industry’s market, which will shift purely to entertainment at the expense of political talk shows and live coverage of political events.”