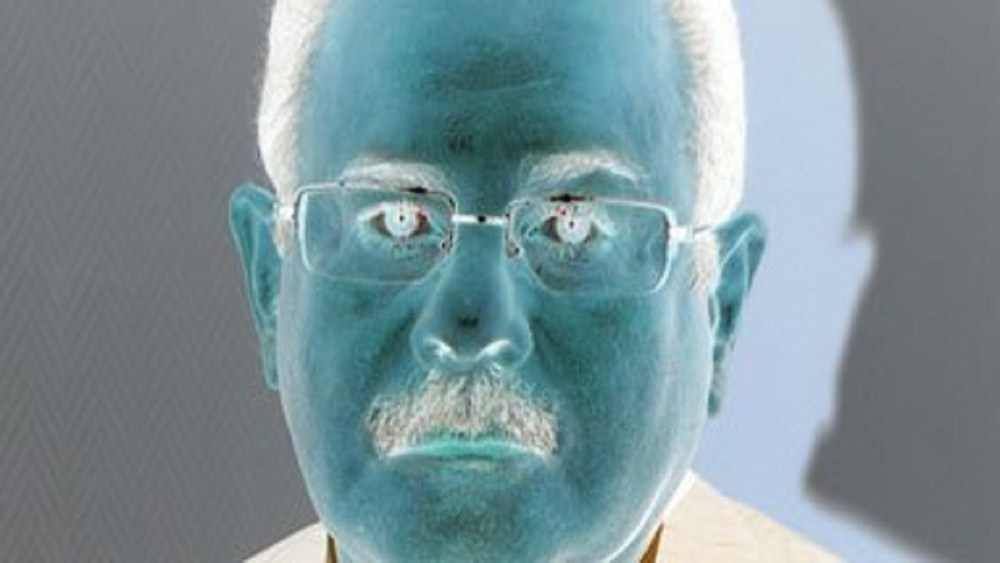 Following an emergency general assembly meeting held at the Journalists Syndicate on Wednesday in response to a security raid on the syndicate’s headquarters earlier this week, online and print news outlets have begun implementing decisions finalized during the meeting.

The general assembly called on all newspapers and news websites to publish a “No to gag orders … No to the restriction of press freedom” banner, to refrain from referring to the interior minister by name, and to only use his inverted image. The syndicate decided that newspapers should also publish black front pages on Sunday in protest of assaults on press freedoms.

Most newspapers and websites complied with these decisions, running bold headlines to reflect their indignant stances.

“The pen besieges the gun,” declared the privately owned Al-Shorouk. Ashraf al-Barbary, the managing editor of the newspaper, told Mada Masr that the headline was immediately approved by editors as soon as it was proposed by a reporter.

“The paper immediately stood behind the cause after the syndicate was stormed,” he said.

Privately owned Al-Wafd newspaper’s main headline read, “The slap,” with the subhead referencing demands made by journalists at the meeting.

The usually state-aligned Youm7‘s front page consisted of a full-length photograph of the protests, which were held in front of the syndicate on Wednesday, and a headline stating, “No defeat … No breakdown” — referencing lyrics of a revolutionary song by popular Nubian singer Mohamed Mounir — followed by, “Freedom … Freedom.”

Privately owned Al-Maqal newspaper, led by journalist and talk show host Ibrahim Eissa, used an inverted image of the interior minister with the headline “The inverted minister.” The front page also tackled another controversial subject, with the headline, “And by the way, Tiran and Sanafir are Egyptian,” referring to the sovereign transfer of two islands from Egypt to Saudi Arabia in April.

Al-Bawaba newspaper, under the leadership of Editor-in-Chief Abdel Rehim Ali, who is known for his pro-state views, led with the headline, “We are the journalists,” followed by, “Long live the general assembly: President’s apology and minister’s removal,” referring to the two main demands made by journalists in Wednesday’s meeting.

A member of Al-Masry Al-Youm’s editorial board, who spoke to Mada Masr on condition of anonymity, stated that there was an unusual consensus among the paper’s editorial board on the publication’s stance regarding the current crisis, and today’s headlines in particular. The source said that the headline, which read, “No backing down from the removal of the minister and the apology by the presidency,” is in line with the paper’s more formal style.

The source added that the owners of the paper gave its editorial board complete freedom to react to the crisis in the manner they saw fit.

While it made no effort to join the protest movement and reserved its main headline for presidential news, state-owned Al-Akhbar newspaper covered yesterday’s events with the headline, “A journalistic uprising protesting the storming of the syndicate.”

The state’s flagship newspaper, Al-Ahram, did not join the campaign and was openly critical of the journalists’ movement, running the headline, “The failure of the journalists’ general assembly and its transformation into a meeting,” on its front page.

The paper’s editor-in-chief, Mohamed Abdel Hady Allam, also wrote a front-page editorial with the headline, “Against the politicization of the Journalists Syndicate,” warning that the current movement is taking a dangerous political turn that will ultimately drag the syndicate into fights that do not concern journalism.

However, Ahram Gate, the news website affiliated with the same paper, published a black ribbon on its header on Thursday that reads, “Journalism is not a crime,” indicating support of the syndicate’s decisions.