This article is part of a series we are running ahead of the second edition of our Mada Market to feature the participating vendors.

Over the past two years, Cairo has been lucky to see a growing number of farmers’ markets sprouting up. At this year’s Mada Market, we want to capture this budding trend not only as a way to reflect on its affect on the food industry, but to highlight the importance of developing this space as a means of supporting good quality, clean and healthy local produce and production.

To help us organize a mini farmers’ market within the Mada Market, we called on Baladini. Baladini is an initiative of Nawaya, a social enterprise that helps co-create sustainable small-scale food-producing communities among farmers in peri-urban areas. While they’ve participated in several farmers’ markets before, this is the first time Baladini has taken the lead in selecting and bringing together a group of producers that represent a variety of culinary genres, techniques and ingredients.

Baladini was born in 2014 in the homes of some Sakkara farmers, where founders Sara Pozzi and Om Abdullah met through an initiative bringing together Italian and Egyptian women from the Nawaya farming community to fuse their diverse culinary traditions using local produce. At first, the project focused on producing handmade pasta using Nawaya eggs and local wheat, but it has quickly expanded to become a rural women-led farm-to-fork kitchen focusing on the processing of healthy grains sourced from local farmers.

The name Baladini signifies the merging of these two culinary cultures, “balady” meaning “local” in Arabic and “ini” signifying “many small things” in Italian. Underlying Baladini is an ongoing series of educational activities, exchanges and on-the-job apprenticeships with the end goal of placing the entire food production chain in control of farming communities and empowering rural women to become artisanal food producers.

A total of 15 women now lead the internal operations that produce Baladini’s lines of breads, pastas, pizzas and sauces, and they work with local farmers on developing an ecosystem that increases families’ incomes. 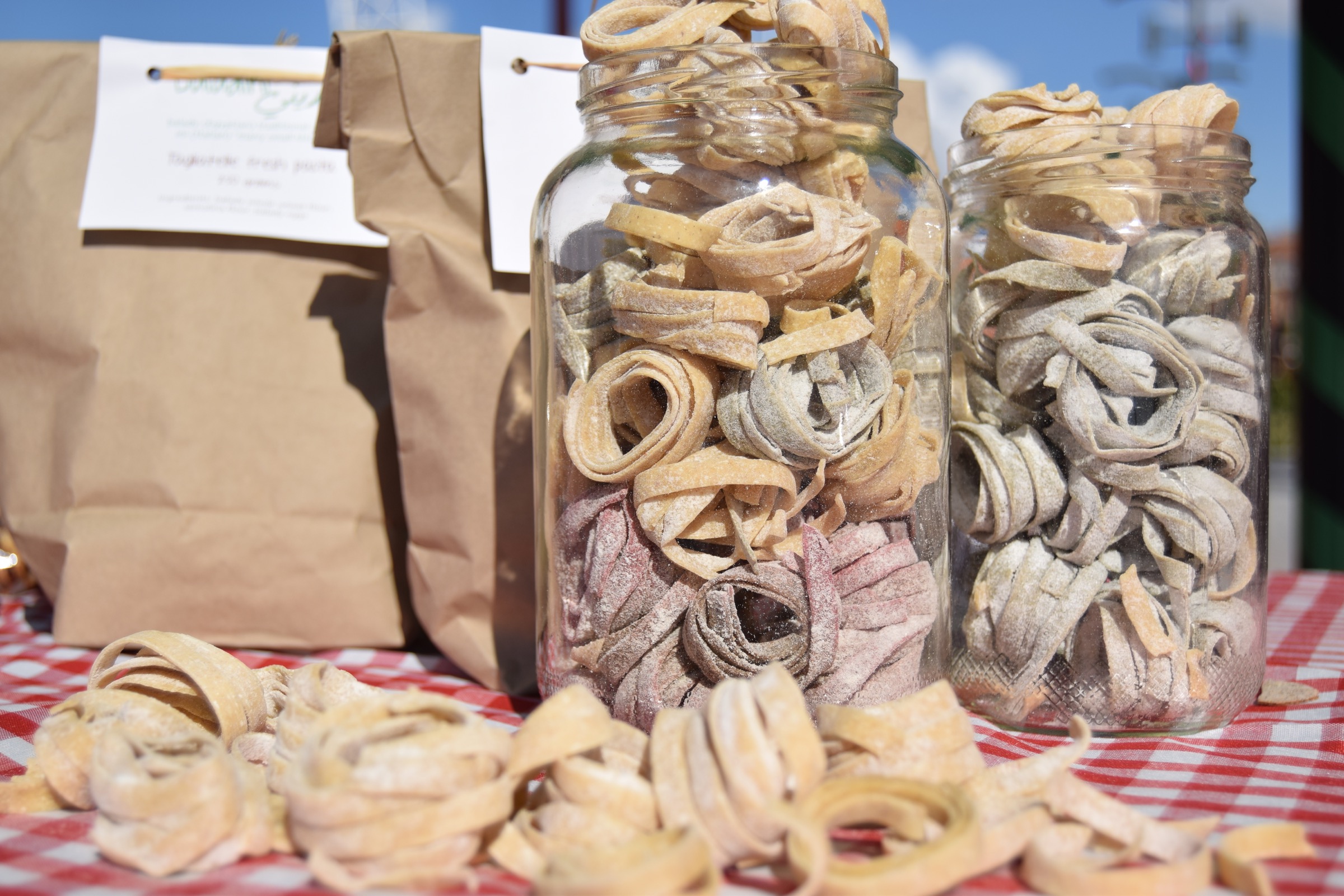 At the Mada Market, Baladini will be present as the organizer of the Farmers’ Market, but also have its own space to sell its signature variety of handmade and solar/air-dried tagliatelle pasta, Egyptian betaw crackers and sauces. 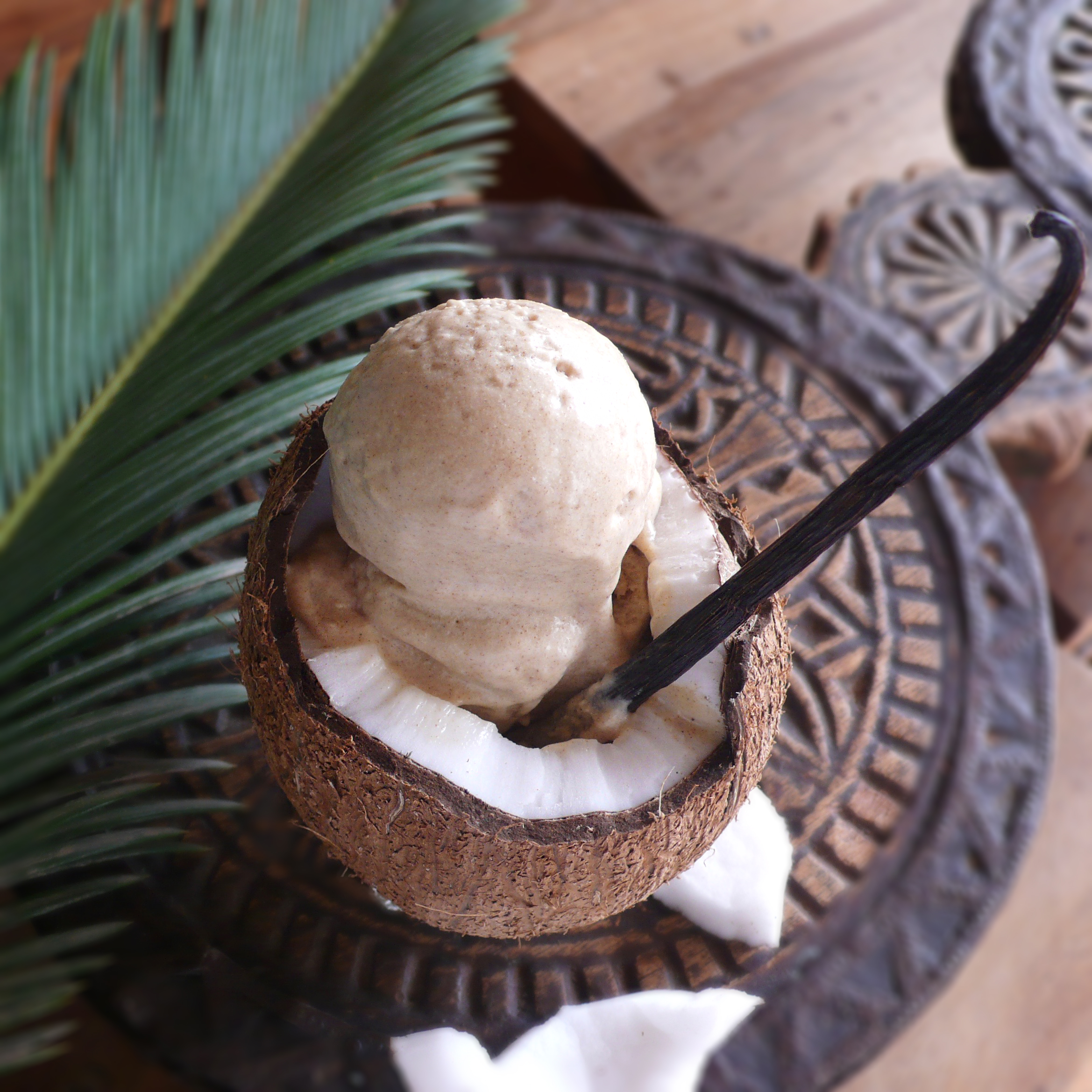 Yasmine Nazmy, the former owner of Maadi’s The Vegan Kitchen, founded Earthly Delights as a catering company serving gluten-free vegan foods, which are not only vegetarian but also dairy-free, ranging from raw desserts to cheese, pizza and burgers.

Earthly Delights has created a spin-off line of raw products called Kaju, known for its incredible sugar-free ice cream. Having seen a gap in the market, the brand also caters to people with all kinds of food allergies. Tabi3y specializes in artisanal dairy-free cheeses — their cashew-based cheese being a case in point. They offer a wide range of vegan food supplies as well as fermented foods full of probiotics. They also produce a line of natural pickles, nut butters, pressure-canned beans and natural alkalizer condiments. All their products are free of sugar, sweeteners and preservatives. 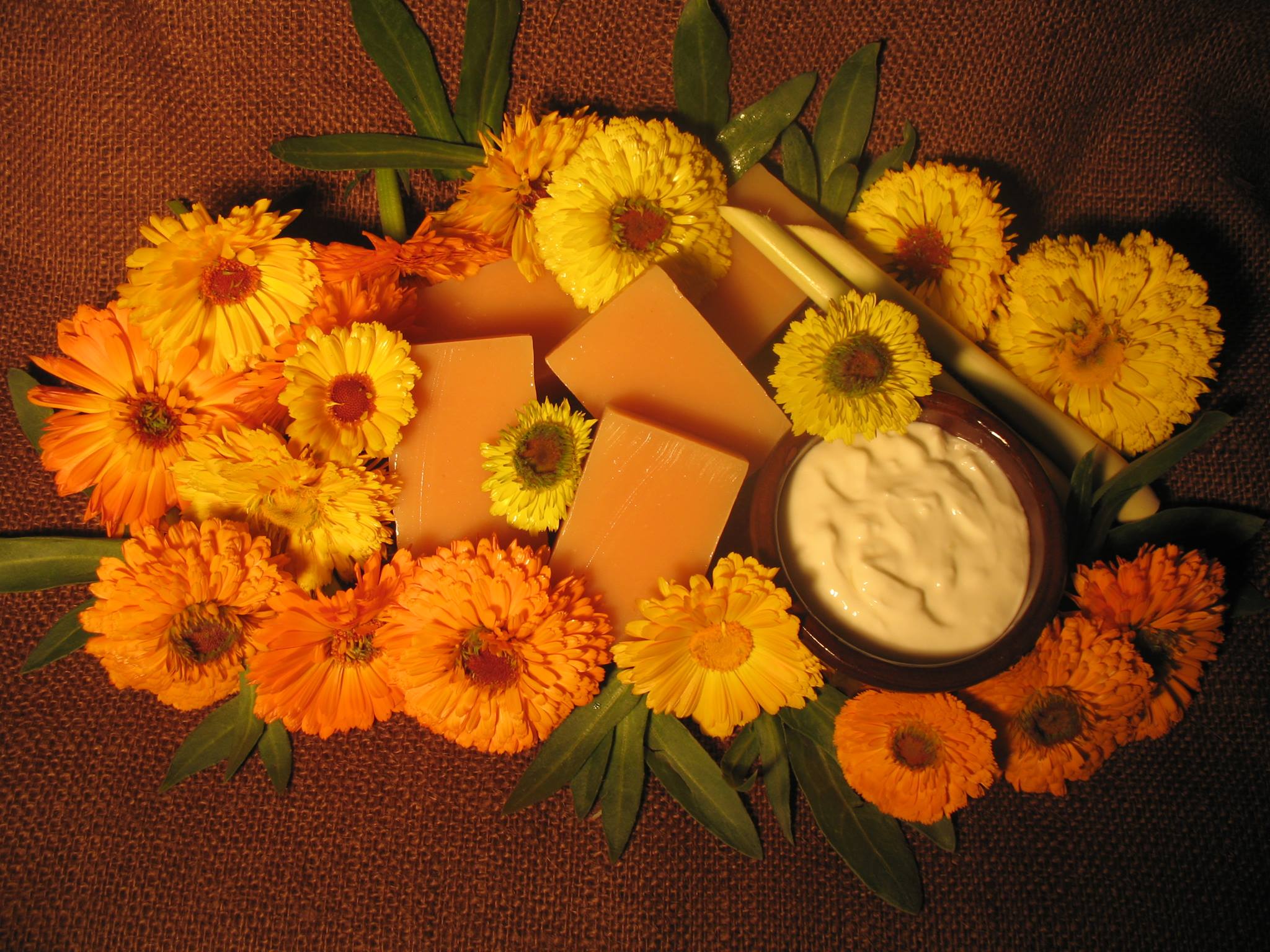 As more and more people gravitate back toward using essential oils and soaps, and away from chemical-filled cleansing products, brands like Black Lotus are finding a growing market for their natural alternatives.

The brand launched in 2011 with natural soaps and skin products that steer clear from the chemicals used in today’s store-bought body-care lines. “They are often used to make the product more attractive to the consumer in terms of color or aroma,” say founders Sara and Tamer. “And to prolong the expiry dates.”

Because human skin absorbs and stores everything we put on our bodies, Black Lotus uses safe ingredients to keep skin healthy and lock in its natural protective layer of oil. The soaps, which are made in limited batches to maintain freshness, are full of aromatic natural essential oils. 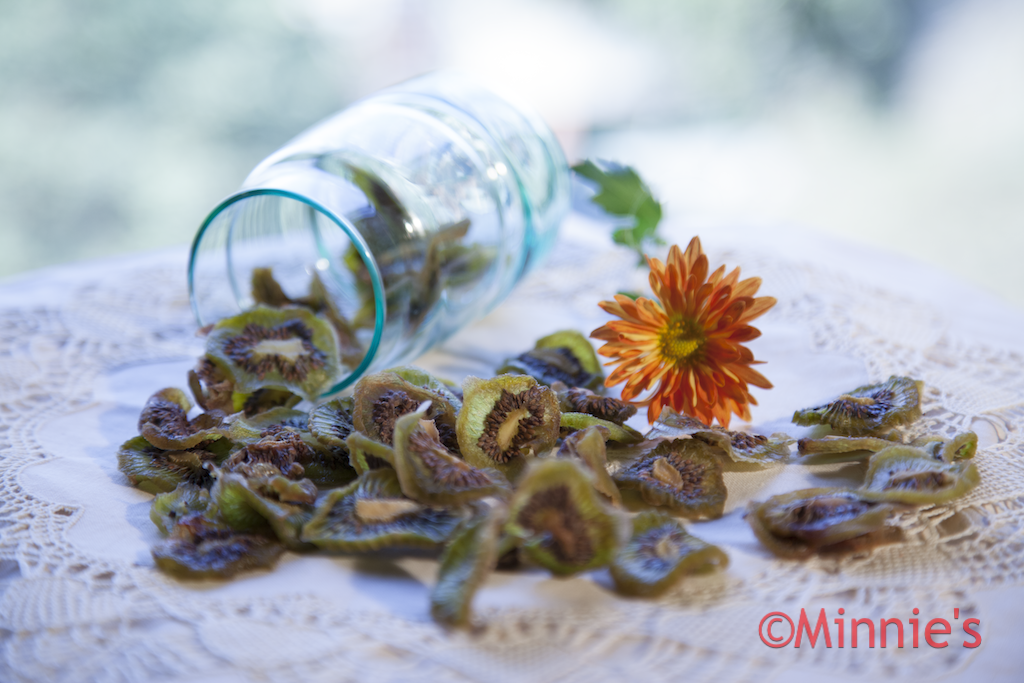 Since 2010, Minnie’s Dried Fruits and Vegetables has produced quality dried foods while providing training and employment opportunities for underprivileged women in rural areas.

Minnie’s first solar dehydration project was launched in Giza’s Dahshour in 2011, relying solely on solar energy and local products packaged in recyclable material. Their seasonal selection of fruits and vegetables are made with no added sugar, chemicals, preservatives or flavor enhancers. 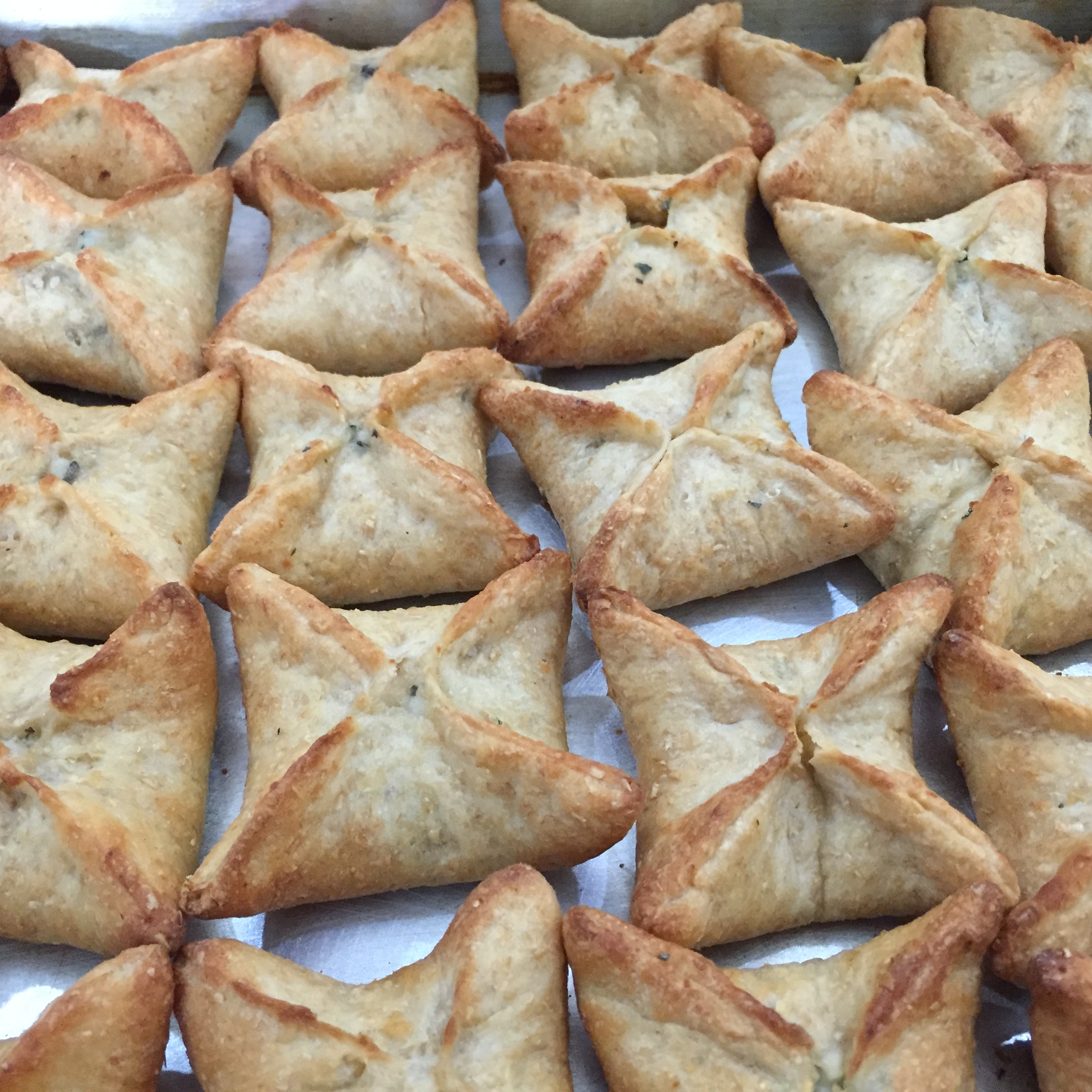 Who can say no to traditional Lebanese food? Matbakh Immy, which translates as “my mother’s kitchen,” was founded by Dina Dahmash as a caterer and grocer that combines her mom’s traditional cooking with her own modern take on the cuisine. 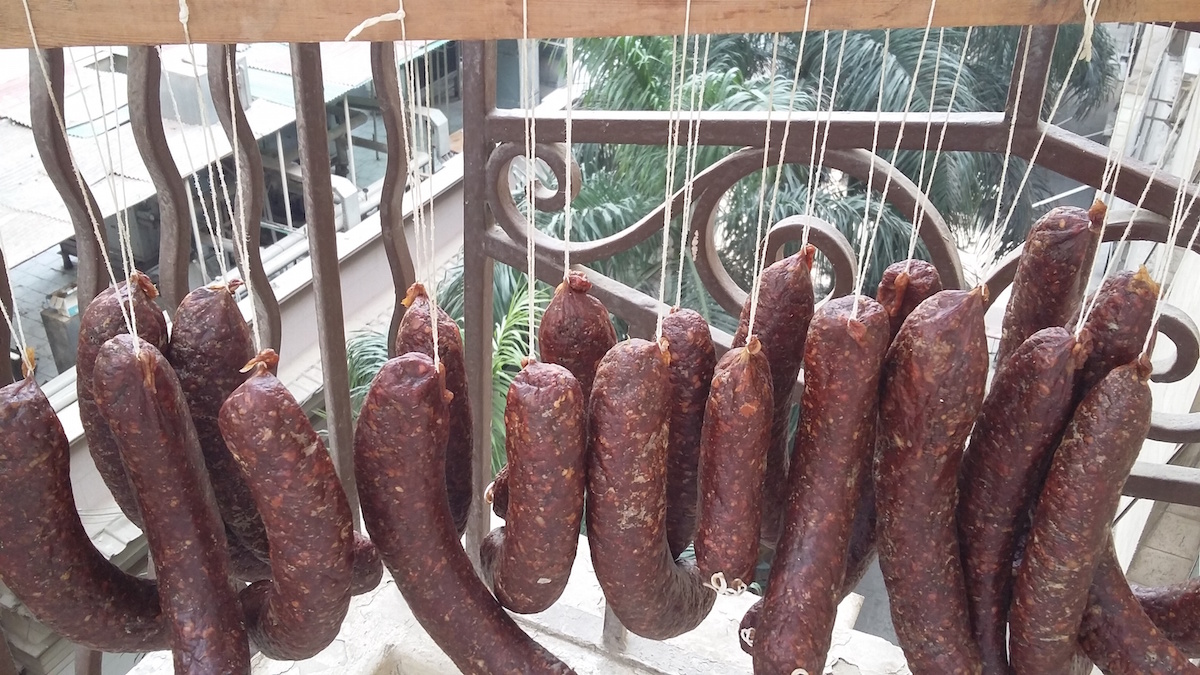 Founded 15 years ago by Annie Mikaelian Paylaguian, Annie’s Kitchen specializes in Armenian and Lebanese food. At the Mada Market, Annie will sell Armenian sausage sandwiches and homemade chicken shawerma. She will also serve lahmajoun, a thin baked piece of round dough topped with herbs, minced meat and vegetables. 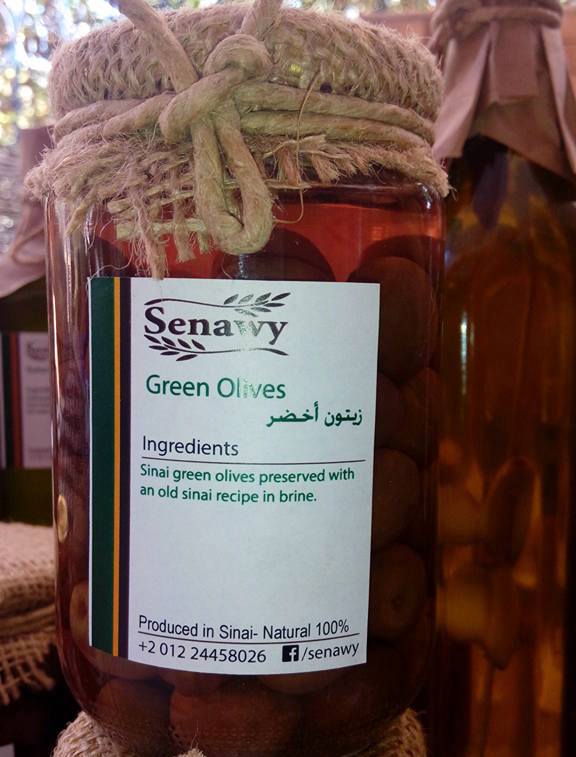 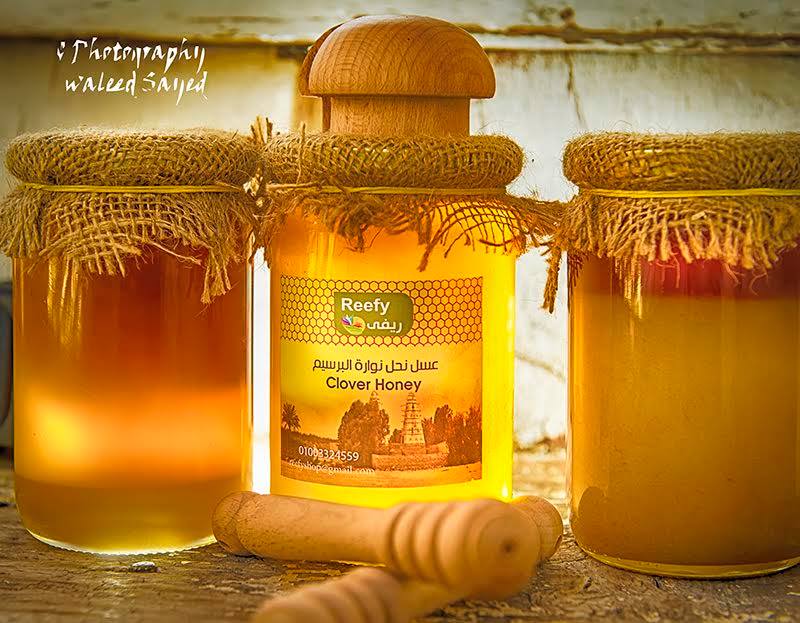 AD
You Might Have Missed
Mugamma revisited: Reimagining the building and the square
Where do old lesbians go to die?
What we talk about when we talk about trees
Carbon Colonies & A Green New Deal
AD
Amira Salah-Ahmed
30 articles on Mada

Topics
Related
Mada Marketplace 2016
Discover healthy and active lifestyle​ options at ​Mada Market
Passant Rabie | From adventure travel with Gazef and custom-made bikes from Ain Bicycles, to EIS's youth soccer camp
agriculture
On the question of food
Dina Hussein | Over a year ago, I began interviewing food activists and researchers in Egypt on the question of food.
Date Palm Festival
In photos: A day for dates, palm trees and Slow Food in Giza
Rowan El Shimi | Saturday saw me and many others return to the Date Palm Festival, which gathers Cairo’s foodies and