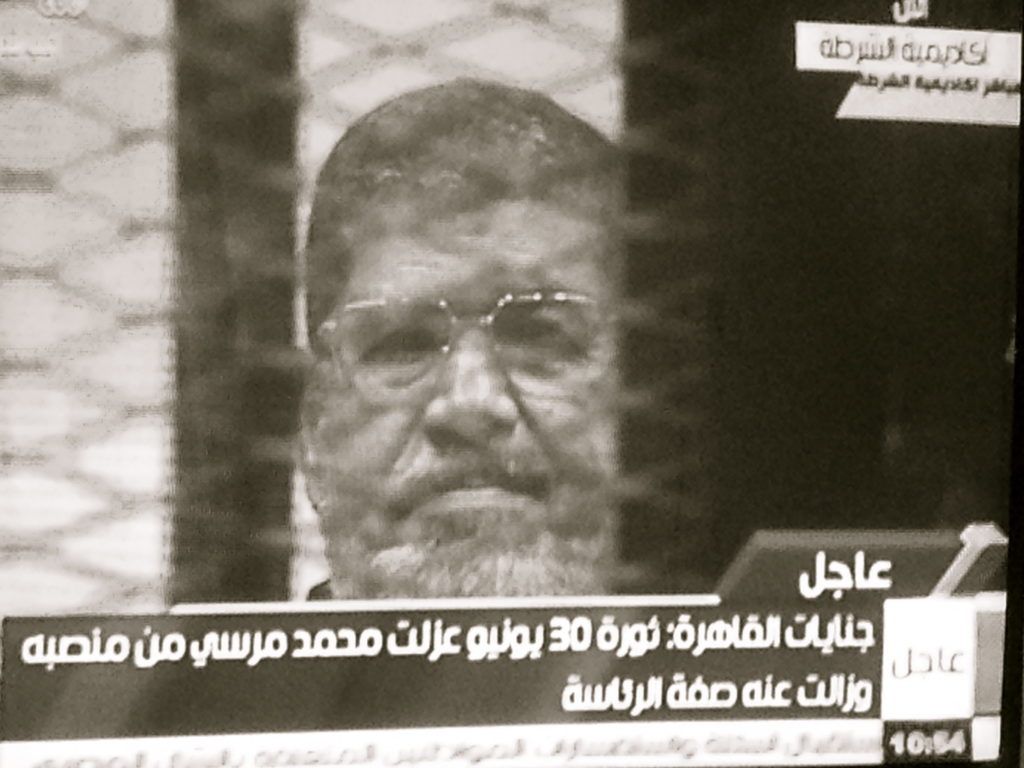 The final verdict in a case accusing former President Mohamed Morsi and his associates of passing classified documents to Qatar has been postponed until May 7, state-owned Al Ahram reports.

The case, which was hailed by prosecuters as “the biggest treason and espionage case in the nation’s history,” was originally referred to trial at the Cairo Criminal Court on September 6, 2014. Morsi, his personal secretary Amin al-Serafy, his office manager Ahmed Abdel Aty and several others have been detained since 2013 pending investigation of the charges.

They stand accused of taking orders from the international Muslim Brotherhood to leak documents — including sensitive information on the Armed Forces, internal and external policies and intelligence reports — to Qatari intelligence and the Qatari television network Al Jazeera.

The prosecution alleges Serafy gave the documents to his daughter Karima, who handed them to Jordanian Al Jazeera correspondent Alaa Sablan in Egypt, who flew to Qatar and met with the head of news for Al Jazeera and a Qatari intelligence officer in a hotel. The documents were allegedy traded for US$1 million, a portion of which the prosecution says was wired to Egypt.

The prosecution has also accused a documentary filmmaker, a journalist in the Brotherhood-affiliated Rassd News Network and an EgyptAir worker in Doha of collaboration in the case.

Morsi has already received a death sentence in a separate case in which he was accused of participating in a 2011 jailbreak, another life sentence for collaborating with Palestinian Islamist resistance group Hamas, Lebanon’s Hezbollah, and Iran’s Revolutionary Guards against Egypt’s best interests, and a 20-year sentence for conspiring to kill and illegally detain participants in 2012 protests outside the Presidential Palace.