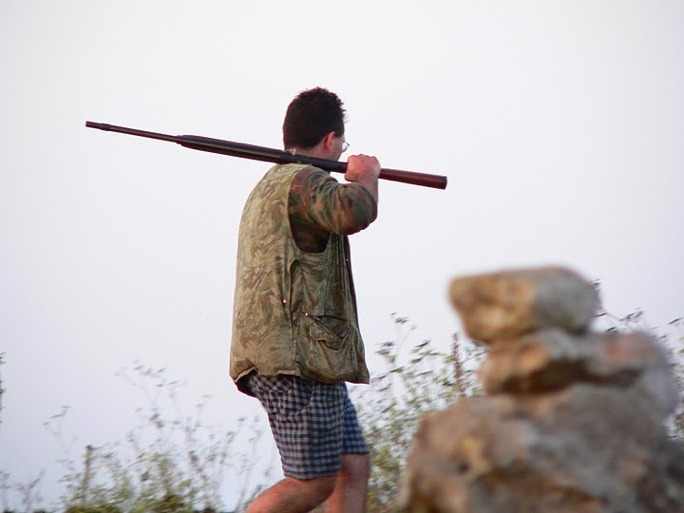 Thirteen Arab tourists from the Gulf were arrested Monday on charges of illegal hunting in Aswan’s natural protectorates.

A group of 12 Saudi citizens, one Kuwaiti and two Egyptians was caught hunting “rare animal species” with firearms in the Wadi al-Alaqi natural protectorate, near the area of Garf Hussein, the state-owned Al-Ahram news portal reported.

Located around 950 kilometers south of Cairo, the Wadi al-Alaqi area has officially been classified as a protected area and biosphere reserve since 1989.

Citing Aswan security chief Omar Nasser, Al-Ahram reported that the 13 tourists were charged with the illegal possession of firearms and hunting without a permit.

An official complaint was filed at an Aswan police station against the hunters, whose current whereabouts are unknown.

The two locals accompanying the group — one farmer and one unemployed man were found in possession of two shotguns and 140 shotgun cartridges, Al-Ahram reported.

Hunting is strictly prohibited in Egypt’s nature reserves by a number of environmental laws. Some private media outlets reported the group was hunting birds.

“There have been reports of several Gulf Arabs coming here and hunting in our natural protectorates, but there have been no court cases brought against them, at least not any that I know of, especially since they are typically well-connected in their countries of origin. Such wealthy hunters can grease the palms of the authorities and return home without any real penalties,” an environmental activist who has worked in natural protectorates in southern Egypt told Mada Masr.

“Very little is being done to stop hunting inside Egypt’s natural protectorates,” environmentalist and former park ranger in Southern Egypt Osama Ghazali told Mada Masr, adding that, while “some Egyptians may join in with foreigners, serving as guides on hunting trips to make some money, Gulf Arab hunters leave the country with endangered species as trophies to show off back home.”

They often post videos of the catch online, the former park ranger explained.

If this case is pursued further, Ghazali says it’s likely “the authorities might be hard on the Egyptians, while going easy on the Gulf Arabs.” It is possible there may be fines, the confiscation of firearms, hunting gear, the animals or the vehicles involved, but hardly anyone is imprisoned for hunting in the governorates, Ghazali explains.

According to the Ministry of Environment, the Wadi al-Alaqi Natural Protectorate covers around 30,000 square kilometers of dry land, and contains a wide variety of flora and fauna.

This follows a controversial land agreement between the Egyptian government and Saudi Arabia for two uninhabited Red Sea Islands – Tiran and Sanafir – both of which were associated with the Ras Mohamed Natural Marine Protectorate. If the deal is finalized, this executive decision will decrease the area of its protectorates by over 110 square kilometers.

Last month, the UK-based Telegraph news portal voted the Ras Mohamed Protectorate as one of the world’s 15 best diving spots.

The handover of the two Red Sea Islands is causing a great deal of public anger, as they have been administered by Egypt for several decades, including during conflict with Israel, despite the fact that they may have previously fallen within Saudi Arabia’s national maritime borders.

Topics
Related
Egypt-Saudi Arabia relations
Bridge connecting Egypt with Saudi Arabia to be built
Sisi suggested that the bridge be named after King Salman himself.