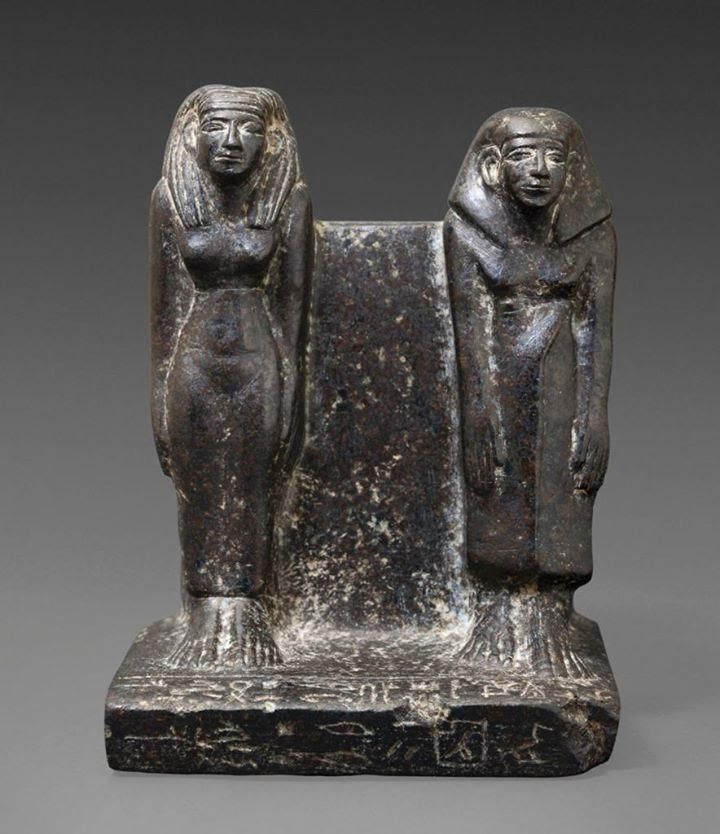 The Ministry of Antiquities announced on Tuesday that it had reclaimed an ancient Egyptian statue before it went on sale at a Belgian auction house.

A statement published on the ministry’s website reveals that the statue, which dates back approximately 4,000 years, has been handed over to the Egyptian embassy in Brussels and is expected to be returned to Egypt over the next few days. The statue was identified as an ancient Egyptian artifact from the Middle Kingdom era (circa 2055-1650 BC) after it was found on display in 2014.

The ministry applauded its officials for exerting their “utmost diplomatic efforts” in coordination with Belgian authorities to reclaim and repatriate the artifact.

According to the ministry, the statue had been illegally excavated and then smuggled out of Egypt, where it ended up in the hands of private collectors in Europe.

In good condition, this well-preserved ancient relic is carved from black steatite and depicts a finely decorated man and woman standing side-by-side on a flat base. It bears hieroglyphic inscriptions reportedly identifying the name and titles of its owner.

Several other ancient Egyptian statues have recently been repatriated before being sold at auction houses in Germany,Australia, France and Denmark, the UK and South Africa. However, the ministry’s efforts have not yet succeeded in saving several other artifacts from being sold in the UK or the US, among other countries.