After nearly 2 years in detention, Aya Hegazy’s trial postponed till May
By
Mada Masr 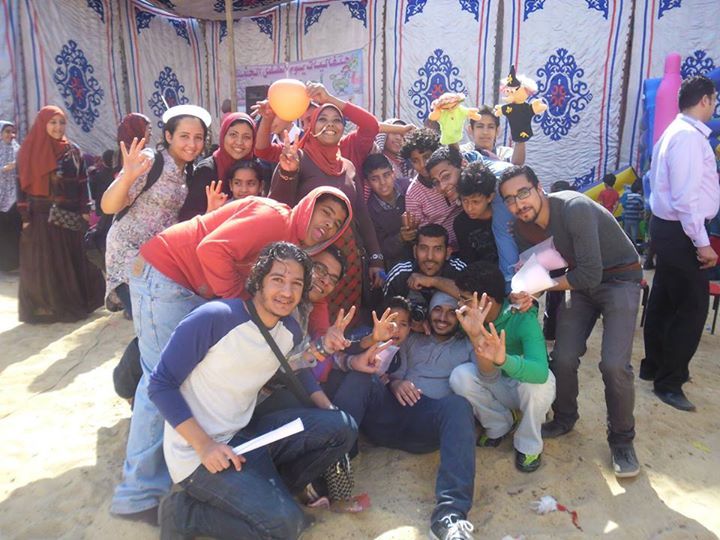 Cairo Criminal Court moved to adjourn the trial of Egyptian-American Aya Hegazy, her husband Mohamed Hassanein and six others, who faces charges ranging from running an unlicensed organization to child abuse, to May 21. This is the 6th time Hegazy’s trial has been postponed, with defendants in the case already having spent 684 days in pretrial detention.

On Wednesday, the court was due to hear the testimonies of a specialized committee from the state-owned Egyptian Radio and Television Union (ERTU), which had been assigned the task of examining the contents of Hegazy’s personal laptop. However, after swearing oath before the court, members of the ERTU committee explained that they were not qualified to conduct such a technical examination. The court will now have to form of a new investigative committee, defense lawyer Taher Abul Nasr stated.

Hegazy and her husband, the chief defendants in the case, face a total of seven criminal charges for running an unlicensed organization, inciting street children to join pro-Muslim Brotherhood protests and sexually assaulting minors. The case dates back to May 2014, when police raided the Belady Foundation’s headquarters and arrested everyone on the premises after a man pressed charges against the NGO, claiming that its members had kidnapped his son.

By their next court session on May 21, the defendants will have spent over two years in pretrial detention. However, only five hearings have taken place so far. At the first session, the trial was postponed for six months due to the absence of witnesses, while the second hearing was postponed for another six months when the police force tasked with transporting the defendants from their respective prisons to the courtroom showed up late.

During a session last month, the trial was postponed once more after a court-appointed technician was unable to turn on a laptop that contained key evidence in the case. It was on this basis that the court had decided to assign a specialized technical committee from the ERTU to examine Hegazy’s laptop. The committee was scheduled to present its findings on April 20.

The court has yet to hear any witnesses, and the prosecution has yet to present any evidence.

Hegazy and her husband established the nongovernmental organization (NGO) Belady Foundation in September 2013 to organize projects and campaigns on sanitation, combatting sexual harassment and caring for street children. Their Facebook page shows the defendants organizing activities for children, including games, picnics and group activities.

The other six defendants in the case are Sherif Talaat, Amira Farag, Ibrahim Abd Rabbo, Karim Magdy, Mohamed al-Sayed and Zeinab Abdel Moaty, who were all volunteering with the NGO at the time of the raid.