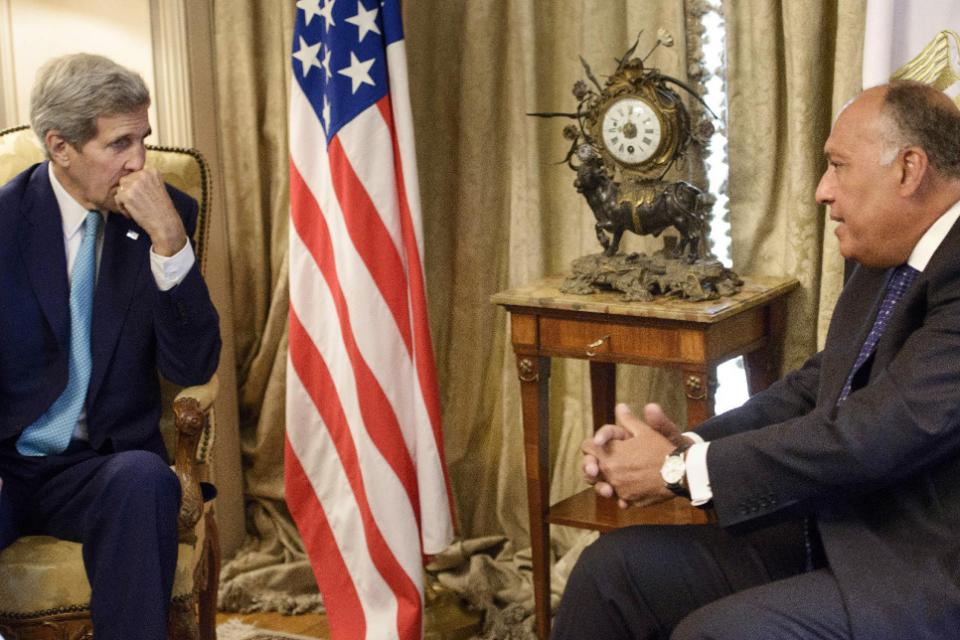 Foreign Minister Sameh Shoukry responded to US Secretary of State John Kerry’s criticism of Egypt’s human rights record by saying that Egypt does not accept the guardianship of foreign countries and that human rights are a national responsibility, reported the state-owned Al-Ahram on Sunday.

Kerry had expressed concern over the human rights situation in Egypt, citing in particular the re-opening of a 2011 case against non-governmental organizations.

“I am deeply concerned by the deterioration in the human rights situation in Egypt in recent weeks and months, including the reported decision this week by the Egyptian government to reopen an investigation of Egyptian non-governmental organizations (NGOs) documenting human rights abuses and defending the freedoms enshrined in Egypt’s constitution,” Kerry said in a statement posted on the State Department’s official website on Friday.

Shoukry and Kerry’s statements follow a European Parliament resolution recommending the suspension of military aid and assistance used for internal repression to Egypt in light of the killing of Italian student Giulio Regeni.

In response to the European Parliament resolution, the Foreign Ministry issued a statement calling the resolution unfair and defending Egypt’s commitment to human rights.

Ahmed Abu Zeid, the Foreign Ministry’s official spokesperson, was quoted in the statement saying that the resolution does not reflect the reality on the ground in Egypt, and is founded on baseless allegations, not evidence.

Abu Zeid was not the only Egyptian official to respond negatively to the European Parliament resolution. Amr Ramadan, Egypt’s ambassador to the United Nations, stated that is difficult to listen to European Parliament give advice on human rights when Europe’s mishandling of the refugee crisis has led to hundreds of people losing their lives, reported the state-owned Al-Ahram.

Ramadan also gave an interview on the TV show “Ana Masr” (I am Egypt) in which he stated that Shoukry’s statements were very important and that Egypt does not need advice from anyone. He added that there have been a number of attacks on Egypt in the past two weeks.

Last week, the United Nations Security Council adopted a resolution to repatriate peacekeeping units if there is “credible evidence of widespread or systemic sexual exploitation.” Egypt abstained from voting on the resolution, an act that was criticized by US ambassador to the UN Samantha Power. Power posted a picture of nations “voting (but failing) to undermine a UNSC resolution combating sexual abuse by UN peacekeepers,” on her Twitter account, with the caption “sad.”

Abu Zeid fired back at Power over her post, stating that “what is sad is for a UNSC permanent representative to impose resolution on the Security Council for publicity and personal ambition.” He said that while Egypt is against sexual abuse, it is also against “undermining the UN General Assembly, collective punishment and a selective approach.”

Egypt’s human rights record has faced both national and international criticism. The New York-based Human Rights Watch released a report in early 2016 stating that President Abdel Fattah al-Sisi’s administration has seen a crisis in human rights. The report pointed to mass forced disappearances, mistreatment and torture of detainees and an oppressive response to security threats.

The letter claimed that 2,600 people were killed in altercations with the police — including 700 security personnel — between June 2013 and December 2014. The letter also stated that thousands of people have been detained for their involvement in acts of political violence or banned political activities.