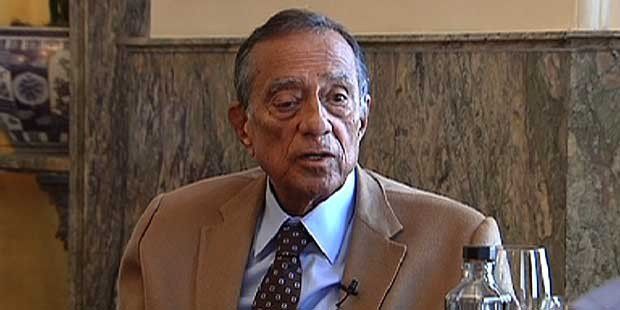 “We were able to receive the entire sum rightfully owed to Egypt,” Justice Minister Ahmed al-Zend commented, although he did not disclose the terms of his deal or the sum involved.

The Justice Minister announced the deal the day before tendering his resignation following controversial remarks he made about the prophet.

Salem, a dual Spanish-Egyptian citizen, fled to Spain during the 2011 revolution, and has since faced a laundry list of graft charges that could send him to prison for decades. He was sentenced in absentia to 15 years in prison on charges of misappropriation and squandering public funds for his role in a scheme to sell Egyptian natural gas to Israel at below-market prices. He also faces a 10-year sentence for illegally selling electricity.

Salem has been seeking to buy his way back to the country since 2013. His lawyer maintains that Salem is innocent of all charges, and is only offering to pay a settlement out of patriotic sentiment.

If completed, the deal should help set a precedent for other reconciliation agreements, Zend asserted, adding that no less than 25 big businessmen are seeking such arrangements. These deals help Egypt make use of “dead assets,” he added.

On Saturday, Salem’s lawyer Mahmoud Kebeish told Hadidy the deal will see the return of 78 percent of the assets held by Salem, his children and his grandchildren, both in Egypt and abroad. Salem and the government were originally negotiating for 50 percent of his assets, Kebeish explained. However, the sum was raised to 75 percent , and then again to 78 percent following a reappraisal.

Among other items, Kebeish said Salem agreed to turn over his private jet to Egypt’s intelligence services.

The exact sums involved remain obscure. In November, Zend asserted President Abdel Fattah al-Sisi had specifically requested that Salem pay LE10 billion as part of any reconciliation deal. In the same month, Kebeish said that an earlier version of the deal called for Salem to turn over LE12 billion in assets, but that the final sum could be larger should Salem’s assets be valued at above LE16 billion. Early in 2015, Salem reportedly offered to return just LE4.6 billion.

Hadidy put the newly agreed upon sum at LE5 billion on Saturday evening.

Zend’s statements have led to speculation in local media about which other Mubarak-era figures might be next to strike a deal.