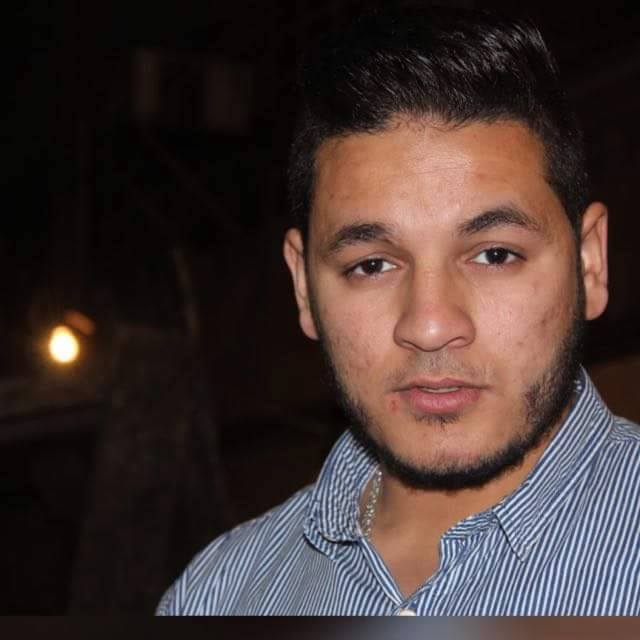 The family and lawyers of a man shot dead by a police officer in Darb al-Ahmar demanded stronger charges be bought against the defendant.

Police sergeant Mostafa Abdel Hakim shot 24-year-old Mohamed Sayed (known in the neighborhood as “Darbaka”) in the head at close range after a dispute between them over payment for moving items in his car. Abdel Hakim was referred to criminal court and charged with manslaughter.

Sayed’s defense requested LE1 million compensation from the Interior Ministry, pushing that the charge be amended to premeditated murder, according to the state-owned Al-Ahram newspaper.

During the court session on Saturday, the defendant maintained he discharged his weapon but did not mean to kill Sayed .

Thousands of residents surrounded Cairo Security Directorate following the incident, chanting anti-government slogans. The outrage was also palpable at Sayed’s funeral, with attendees demanding retribution against the police officer who shot him.

Local residents severely beat Abdel Hakim and his companion after the shooting, leaving him with severe injuries, including fractures and internal bleeding, before he was admitted to hospital.

Such “irresponsible actions” shouldn’t affect the relationship between the police and citizens, Abdel Ghaffar said, adding that everyone must stand up against those who threaten the reputation of a “wide range of heroic policemen who make grand sacrifices every day.”

The Interior Minister also met with Sayed’s family to offer his condolences.