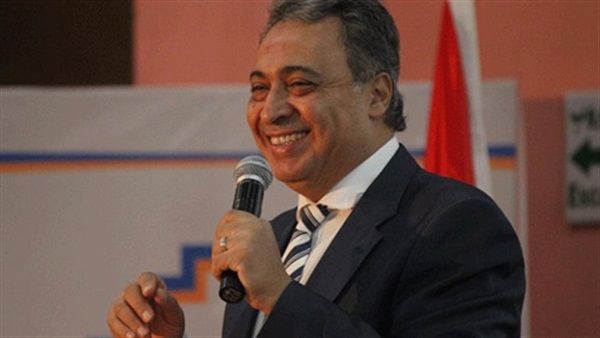 Health Minister Ahmed Rady is suing the Doctors Syndicate to overturn a series of resolutions they passed during an extraordinary general assembly meeting earlier this month, calling their decisions invalid and unlawful.

Over 10,000 doctors turned up for the February 12 meeting and voted in favor of 18 resolutions, including demanding the removal of the health minister and referring him to the syndicate’s disciplinary committee. Rady has been serving as health minister since September 2015, when he was sworn-in to the post as part of a Cabinet-wide reshuffle.

Doctors called the meeting in response to a string of assaults that security forces have committed against physicians. Late last month, two policemen assaulted two doctors at the Matareya Hospital after the doctors refused to falsify medical reports in their favor, instigating a standoff between the Doctors Syndicate and the health and interior ministries.

The Doctors Syndicate detailed the minister’s lawsuit in a statement released Thursday.

Rady reportedly claimed the syndicate has no power to remove him from the ministry, as this is a political process that must follow certain legal procedures. Similarly, legal procedures are in place to refer any doctor to a disciplinary committee, he said.

The doctors had also voted in favor of the right to conditionally refrain from working until medical facilities are secured. In his lawsuit, Rady said this would violate the doctors’ sworn oath to provide services to any patient in need.

The minister further accused the syndicate of inciting doctors to strike, a criminal offense that puts patients’ lives at risk.

Finally, Rady declared the doctors’ demand to refer the officers implicated in the Matareya case to a criminal court unlawful, as it represents an infringement on prosecutorial authority.

Topics
Related
doctor strikes
Doctors hold silent nationwide protests in hospitals against police violence
Doctors held silent stands across the country on Saturday against police assaults in Egypt’s public
attacks on doctors
Update: Doctors mobilize against police violations, vote for dismissal of health minister
The Doctors Syndicate has demanded the sacking of the Health Minister and his referral to the syndicate’s