اقرأها بالعربية
Why does the dollar keep rising against the pound? 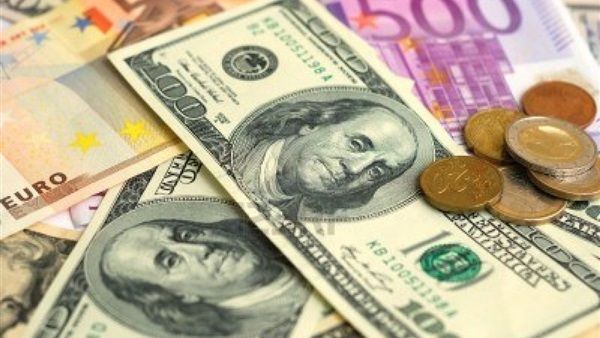 The official exchange rate for the Egyptian pound has remained steady at LE7.73 to the US dollar since November, but the black market exchange rate shot up to over LE9 per dollar this month. This rise is blamed for contributing to deteriorating business conditions and rising consumer inflation.

Mada Masr has prepared a list of the most common questions about this continuous rise of the dollar versus the pound, and consulted economic analysts as to possible answers.

What is the main reason for the latest rise in the price of the dollar?

Ayman Hadhoud, an economic researcher who specializes in monetary policy, says that Egypt is simply witnessing a traditional cycle for the rise of the dollar in the parallel market, including the “panic of public opinion” which coincides with every considerable increase in the price of the dollar against the pound.

“In this case, the issue began with news that the government based its preparation for next year’s budget on an expected exchange rate of LE8.25 to the dollar. This price does not just represent the forecast on which the government has relied to make its estimate for the general budget — it also indicates the extent to which the state will permit the dollar to rise,” Hadhoud explains. “As expected, this was quickly followed by a rise in the price of the dollar in the parallel market, where it reached LE9.”

Has the CBE governor issued new policies that led to the rise in the price of the dollar?

According to Hadhoud, the monetary policies of current CBE Governor Tarek Amer are broadly in line with those of his predecessor Hesham Ramez. “There are a few fine differences in the details, maybe only with regards to Ramez lowering the maximum limit on dollar deposits to US$50,000 in contrast to Amer’s later increase of that limit to US$250,000,” Hadhoud says. “What looks like a widening gap between the price of the dollars in the official and parallel markets because of its relative stability in the official market does not reflect a different approach taken by Amer, but instead hints at the political pressures he experiences.”

“A clear example of this pressure is the exchange rate the Finance Ministry included in the budget for the new fiscal year. This expected rate entails a slight increase from the current official rate — a rate that does not, in any case, match the rate in the parallel market, which indicates the actual supply and demand. This is due to social and political, not economic, factors.”

Amr Adly, a researcher in political economy at the Carnegie Middle East Center, says constraining imports was a priority for Ramez and still is for Amer, given the failure of “unrealistic” attempts to increase the dollar supply.

Why have efforts to reduce imports failed?

Hadhoud says that imposing a limit on dollar deposits did not eliminate the black market, the goal Ramez had provided to justify the policy. “The decision was also ineffective in curtailing imports,” he adds. “Effectively, it led to indirect attempts to pay for imported goods outside of the banking system. Imports — whether classified as primary goods or not — had come to represent a source of income for large sectors of traders. Additionally, frequent statements made by officials alluding to the idea that imports are all luxury goods are untrue.”

Data from the Finance Ministry shows that the category of goods with the highest value of imports in fiscal year 2014/15 was “manufacturing/industry supplies.”

Sherif al-Diwany, head of the president’s council on economic development and the executive director of the Egyptian Center for Economic Studies, says the recent decision to increase custom tariffs on a list of goods has failed to lower the cost of imports. In part, this is because the people who consume these items are not very sensitive to price increases, according to Diwany. “This list relates to social sectors that enjoy high purchasing power. This weakens the influence a rise in the dollar has on their purchasing decisions,” he says.

“Putting a limit on dollar deposits did not lead to a reduction in the imports, but instead increased the scope of deals happening outside the banking system,” Diwany continues. “Importers worked with money changers, who paid for imported goods by exchanging pounds for dollars made available by Egyptians abroad, who preferred not to transfer income to their families through the banking system and were seeking a higher dollar rate than the official rate available through the banks.”

What are the structural causes behind the rise in price of the dollar?

Diwany believes the dollar’s continuous rise is due to supply and demand, which in turn is related to consumption, production and import versus a declining inflow of dollars.

The proceeds of the Suez Canal — one of the main resources for the dollar — declined slightly last year due to a slowdown in global economic growth, declining oil prices and the weakening value of the basket of currencies by which canal tolls are calculated. Meanwhile, income from tourism fell in the 2015 calendar year.

Exports also declined significantly compared to the previous year. According to Amr Adly, “this primarily relates to the European crisis, since the European Union is the leading importer of Egyptian goods.”

AD
You Might Have Missed
Mugamma revisited: Reimagining the building and the square
Where do old lesbians go to die?
What we talk about when we talk about trees
Carbon Colonies & A Green New Deal
AD
Beesan Kassab
42 articles on Mada