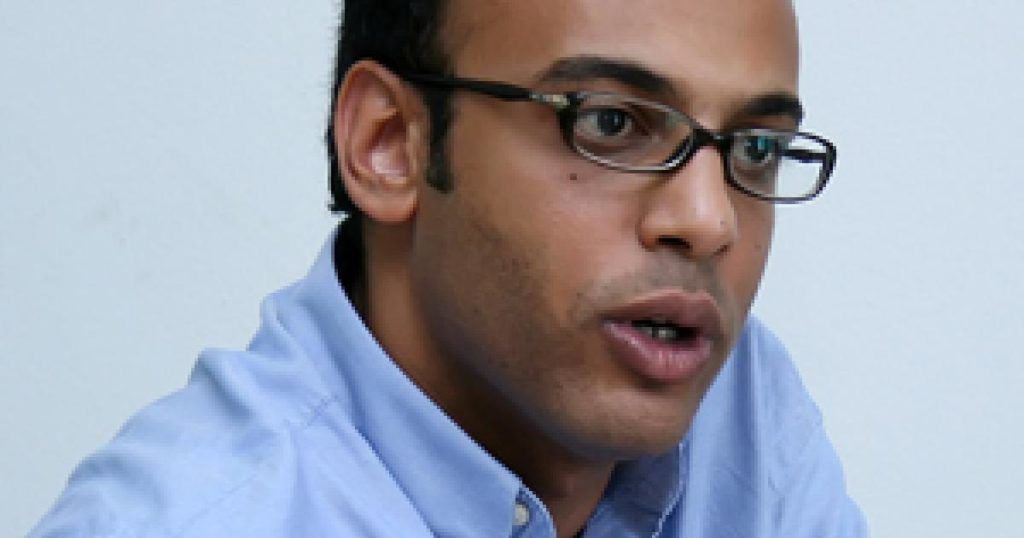 On Tuesday, security officials at Cairo International Airport informed human rights activist and Mada Masr contributor Hossam Bahgat that he has been placed on a list of individuals barred from travel.

According to a post on his Facebook account, Bahgat explained that the travel ban is based on an order from the Public Prosecutor, but that neither the details of the ban nor a case number were disclosed to him at the airport.

Bahgat was scheduled to board a flight to Jordan in order to participate in a United Nations conference on justice in the Arab World.

Military Intelligence summoned Bahgat for questioning in November 2015 in light of an investigative report he had written for Mada Masr about the military trial of army officers allegedly plotting a coup against the government. Military prosecution ordered Bahgat’s detention for four days pending investigations on charges of publishing false news that harms national interests and disseminating information that disturbs the public peace.

Military prosecutors released Bahgat two days later, after he was made to sign a declaration stating that he would abide by legal and security procedures when publishing material about the affairs of Egypt’s Armed Forces.

It is still unclear whether the military prosecutors’ charges leveled against him have been dropped, or if the case is ongoing.

In his latest post, Bahgat mentioned that he was permitted to travel outside of Egypt twice since his release in November, and that this was the first time he was prevented from exiting the country.

Several foreign human rights activists, lawyers, and academics have been denied entry into Egypt at Cairo Airport in recent months, while their Egyptian counterparts have had travel bans imposed on them and have been prevented from traveling abroad. Other Egyptian citizens have also been arrested at airports upon their return from trips overseas.

In August 2014, two chief members of HRW were denied entry into Egypt, and were subsequently deported from Cairo Airport. These rights activists were seeking to present their findings regarding the deadly dispersal of pro-Brotherhood protesters at the Rabea al-Adaweya and Nahda Square sit-ins on August 14, 2013.

Security officials arrested investigative journalist Ismail Alexandrani at Hurghada International Airport on November 29, upon his return from a trip abroad. His detention has since repeatedly been renewed, and he remains in police custody.

Airport authorities also denied entry to Tunisian writer and academic Amel Grami in January. She was detained at the airport and then deported, even though she had an official invitation to speak at the state-owned Library of Alexandria.

Toward the end of that month, security officials at Cairo Airport banned the entry of the German-Egyptian researcher Atef Botros, and detained and deported him in a similar fashion. On February 4, Egyptian lawyer Gamal Eid of the Arabic Network for Human Rights Information was also prevented from boarding his flight at Cairo Airport.

Human Rights Watch (HRW) issued a report in November in which it documented dozens of cases of other Egyptian activists, lawyers, and opposition figures who have had travel bans imposed upon them without any clear reasoning provided by security officials.

A study by independent Egyptian NGO the Association for Freedom of Thought and Expression stressed that the banning of foreign researchers and rights activists aims to silence critical voices, and serves to threaten academic freedoms in Egypt.