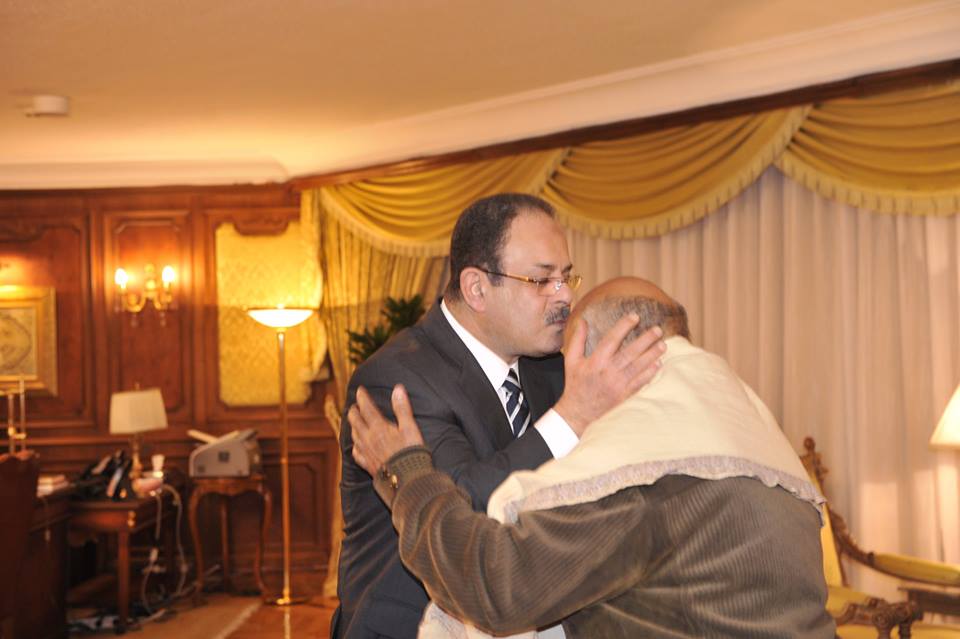 The Egyptian government is planning to create “model police stations” to provide “distinguished services” to citizens, Prime Minister Sherif Ismail announced Monday, adding that the stations would open nationwide within two and a half years.

The “distinguished services” refer to the standard tasks of a police station, such as receiving complaints and issuing identification cards, but executed in a superior manner.

Ismail made the announcement in a joint press conference with Interior Minister Magdy Abdel Ghaffar at the Cabinet to address the government’s efforts to address police violations.

Officials have been working hard to quell a wave of public anger against the recent upswing in police violence. The latest outcry was triggered when a policeman killed a driver in Cairo’s Darb al-Ahmar neighborhood on Thursday after a disagreement over the fare.

Ismail said that at the orders of President Abdel Fattah al-Sisi, the Cabinet would finish drafting bills governing police work in two weeks, then send them to Parliament for approval.

The government will not cover up or tolerate abuses against citizens, Ismail proclaimed, while still maintaining that such incidents implicate a minority of policemen, and the security apparatus as a whole should not be punished for their rogue acts.

Gaffar echoed Ismail’s sentiment, noting that recent actions have shaken the trust of the people in the police and promising that the ministry would take steps to return this trust. But, he asserted, 99 percent of the police force is respectful toward the people, and violations are committed by a small fraction of the ranks.

On Sunday, Gaffar invited the family of the Darb al-Ahmar victim to his office to offer his condolences. Pictures posted to the Interior Ministry’s Facebook page show him kissing the head of the deceased man’s father in a traditional form of profuse apology. The accompanying statement said the minister expressed his regret for the “deplorable act and irresponsible behavior” of the offending officer, asserting that he personally holds the responsibility to obtain justice for the victim.

The officer accused of killing the driver in Darb al-Ahmar was arrested and referred to court on charges of premeditated murder. Repeated reports of violence and torture committed in police stations and of police officers assaulting civilians over the past several months have contributed to a resurgence of public outrage against the security forces.

Topics
Related
Darb al-Ahmar
Police officer implicated in Darb al-Ahmar shooting referred to criminal court
A police sergeant accused of shooting and killing a young man in the Cairo subrub of Darb al-Ahmar
doctor strikes
Doctors hold silent nationwide protests in hospitals against police violence
Doctors held silent stands across the country on Saturday against police assaults in Egypt’s public
detainee and prisoner deaths
Sisi promises legal changes to tackle ‘individual’ police violations
Unlawful actions by some individuals in the police force will be dealt with according to the law, with