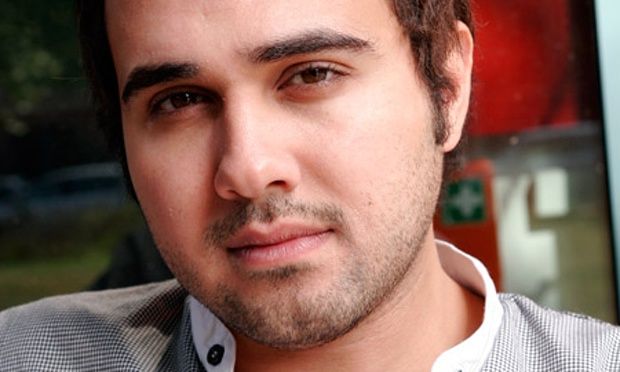 An appeals court sentenced Naji on Saturday to two years in prison and fined the editor of the state-owned Akhbar al-Adab, Tarek al-Taher, LE10,000 in relation to the journal’s publishing of a chapter from Naji’s novel Istakhdem al-Haya (The Use of Life), due to its sexual content.

Naji was acquitted of all charges in January, but handed the maximum sentence after the prosecution appealed the verdict.

Naji’s lawyer, Mahmoud Othman, filed an appeal against Naji’s sentence, explaining to Mada Masr that it is unconstitutional and based on an incorrect application of the law, meaning the sentence should be immediately suspended.

The request for a suspended sentence could delay proceedings and give lawyers time to follow up on the judicial process, according to a lawyer at the Association for Freedom of Thought and Expression (AFTE).

Two other appeals were simultaneously filed by the Journalists Syndicate and a group of journalists from Akhbar al-Adab.

The appeals are based on a constitutional principle banning jail terms in cases relating to publishing, Journalists Syndicate board member Mahmoud Kamel told Mada Masr, pointing to a contradiction in the first and second rulings.

Kamel visited Naji on Saturday at the Bulaq police station, along with a delegation from the Journalists Syndicate, including syndicate head Yehia Qallash and board members Khaled al-Balshy and Gamal Abdel Rehim. He said Naji is being treated well in detention.

“Our request was also based on a threat from the prosecution that Naji could face charges for smoking hash, in relation to the novel’s main character. This is extremely illogical and affects the seriousness of the case,” Kamel added.

Taher told Mada Masr on Sunday that Akhbar al-Adab and the newspaper’s parent company, Akhbar al-Youm, are planning to file another appeal requesting that Naji’s sentence be suspended.

Egyptian authorities have carried out a wider campaign targeting other artistic institutions, including Merit publishing house and Townhouse gallery, as well as imprisoning researcher Islam al-Beheiry for insulting Islam, the statement said.

Writer Fatma Naout was also sentenced in January to three years in prison and a fine for contempt of religion. The rights organizations highlighted a decision by the Justice Ministry to give power of judicial arrest to the heads of the actors and musicians syndicates, in what they describe as “a war against artists who do not enjoy syndicate protection.”

Founder of Merit publishing house Mohamed Hashem called for an open meeting at Merit to “coordinate the efforts of novelists and writers who face a governmental attack on freedom of artistic expression and creativity.”

The Tahrir Institute for Middle East Policy drafted a petition condemning Naji’s sentence, citing a crackdown on academics, cartoonists, publishing houses and art spaces. “The Egyptian government’s inability to deliver on its promises for security or economic development has led to authorities’ crackdown on all forms of expression. Today’s case speaks to the government’s manipulation of conservative sentiments in society while posing as guardians of morals and religion, at the expense of its citizens’ rights and freedom,” their statement read.

The Egyptian Publishers Unions also released a statement calling for Naji’s release, stating, “Confronting thought is by thought, not by trial. Such rulings force artists to limit their opinions and ideas, which negatively affects the movement of creativity and culture.”