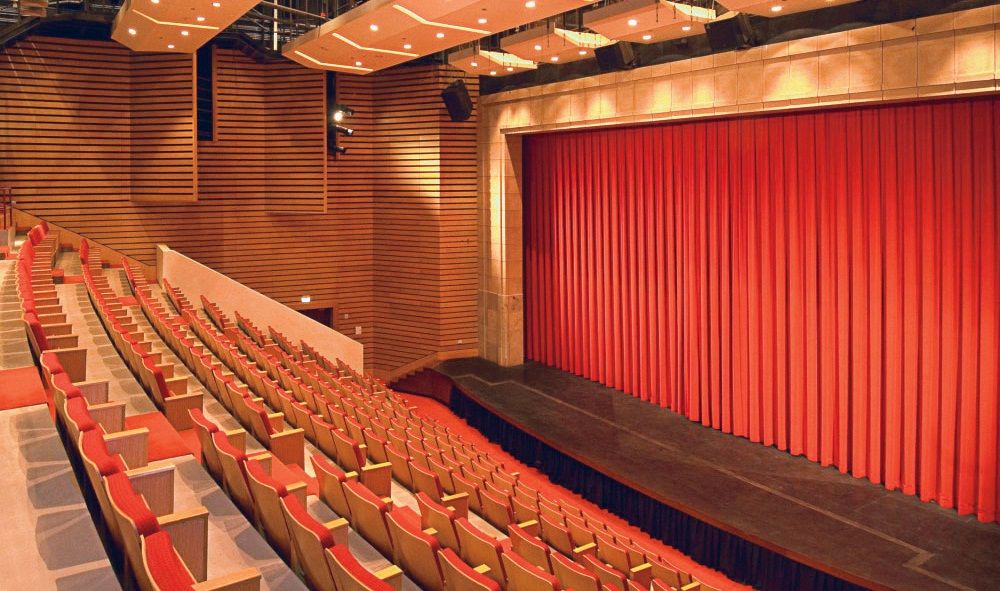 The American University in Cairo’s Theater Department lost one of its acting teaching positions in December and will lose its scene designer teaching position in 2017, bringing its entire faculty down from five to three.

“Our theater program is slowly being killed,” Mahmoud El-Lozy, acclaimed theater director, actor and a full-time professor at the department, said in a Facebook post in January, citing the recent budget cuts by the university due to a general budget deficit.

According to Lozy, university-wide budget cuts manifest in not replacing full-time professors that leave. But smaller departments are more impacted than larger ones.

“We are five people, so when we lose two staff members it means losing 20 percent of our capacity, while for a department that has 20 professors, it’s only five percent,” he tells Mada Masr.

Lozy says AUC is hiring part-time faculty members to teach some courses, but well-qualified teachers tend to decline such working terms and it is not a sustainable practice.

“It’s unfair to the students,” he says. “You can’t have an academic program that operates with such a high level of uncertainty.”

Besides losing full-time professors, the department has faced continuous cuts on their operational budget for performances for the past four years. “We’re operating at the same budget we were operating on in 2001,” explains Lozy.

Nathaniel Bowditch, dean of AUC’s School of Humanities and Social Sciences, tells Mada Masr that he sympathizes with the theater department and understands the frustration.

“There isn’t any program that’s singled out or targeted. The theater program is struggling as well as others,” Bowditch says, citing several cuts to the history department as an example. “We have to minimize the impact of these budget cuts — which are across all the university – on the theater productions and the quality of education the students are getting.”

Bowditch also says that he will make sure that a scenography professor is hired next year to ensure that productions keep happening. “Every single hire, it’s a battle to have it approved,” he says.

AUC’s theater program offers a major, a minor and elective courses for students from other departments. Students from across all disciplines in the university also participate in the department’s productions, Lozy says.

Having existed since the 1940s as clubs and courses in the English department, the department began offering a major and minor in theater for about 20 students each semester since the 1980s. Lozy was one of the faculty members who helped set up the major.

The department has also graduated some of Cairo’s most active independent theater practitioners such as Laila Soliman (Whims of Freedom), Dahlia Sabbour (a theater of the oppressed advocate), Ahmed El-Attar (playwright, Studio Emad Eddin Foundation founder and D-CAF director) and Nada Thabet (of Noon Creative Enterprise).

“It would be a huge loss to artists in Egypt, as the AUC theater department has been providing one of the highest, if not the highest, level of education in theater in the Middle East,” Luke Lehner, an actor and acting teacher who graduated from the department, tells Mada Masr.

Lehner was offered a short-term, low-paid and part-time contract but this was not workable for him.

“It offers everything a person who wants to study theater needs,” current student Ahmed Fadell says. “From theory, to history, to playwriting, to practical directing and acting, stage management, and of course costume, set, light, and sound design. There are classes for everything, and the program gives you the opportunity to focus on what you want to study most.”

The university doesn’t take the department seriously, he adds. “It pays no attention to it unless it wants to cut the budget, which has happened in the past few semesters, and is still ongoing.”

While theater programs are offered at other universities in Cairo, such as Cairo University and the Academy of the Arts at almost free or affordable rates, AUC’s program is known for its high artistic and academic quality.

AUC is one of the most expensive private universities in Egypt, with tuition fees rising each year, and caters largely to Egyptians from privileged backgrounds and foreign students. In 2008, it moved its campus from downtown Cairo to the city’s wealthy outskirts, which impacted the theater department by limiting audience access to its plays.

In 2015, the university terminated its merit scholarship program that awarded freshmen with high GPAs 30 percent tuition deductions. Workers at the university also staged strikes with the support of the student body in 2012 and 2015 to demand long-term contracts and fair wages.

Topics
Related
American University in Cairo
Some observations on the AUC’s graduate exhibition
Ismail Fayed | In an art context characterized by material and artistic scarcity, despite criticisms, the works of 15
American University in Cairo
Students report camel running loose through AUC campus
Students at the American University in Cairo were surprised to find an unattended camel wandering around
Al Mawred Al Thaqafy
Genaina Theater returns, operating as private company
Genaina is now registered under a private, for-profit company carrying the same name.
Ahmed El Attar
The banalities of The Last Supper
Seif Abdel Salaam | The Last Supper hits home with its shrewd and darkly comedic take on all that is wrong with Egyptian