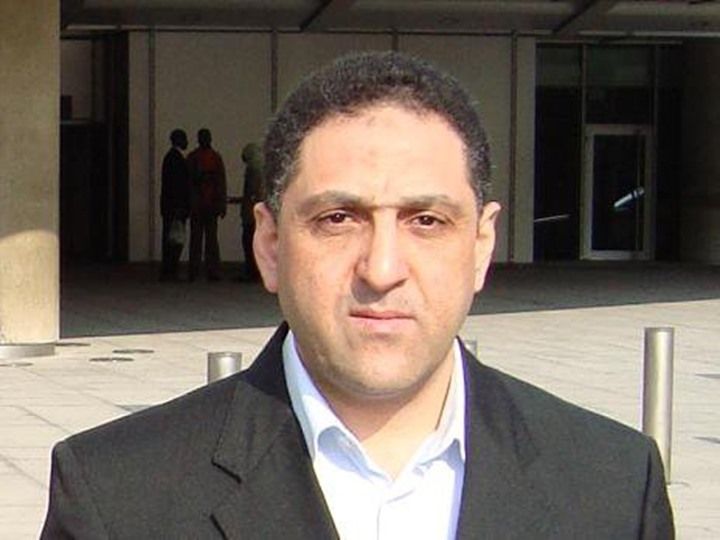 The use of a Penal Code stipulation regarding the receipt of foreign funding in the case against journalist Hesham Gaafar makes those in the field vulnerable, lawyer Mohamed Baqer, who represents Gaafar, told Mada Masr on Tuesday.

CEO of the Mada Foundation for Media Development Gaafar was arrested in October when police raided the office in 6 October City, and he is currently being investigated by Supreme National Security Prosecution on charges of belonging to an outlawed group and “international bribery.”

The bribery charge is based on research work the organization did for international organizations without a security permit, the privately-owned Al-Shorouk newspaper reported.

According to an amendment to the Penal Code, adopted by President Abdel Fattah al-Sisi in 2014, receiving money or other forms of assistance from foreign states, entities associated with foreign states, or any other party, in exchange for harming Egypt’s national interests, is punishable by life imprisonment. The amendment, widely referred to as the foreign funding law, created a stir, as its vague wording allowed for a wide range of activities to fall under its stipulations.

“I personally think this article can be applied against anyone working in the field of information, whether in academic research, investigative journalism or any other form. Anything can fall under national security,” Baqer explained, asserting that this would make the National Security apparatus part of the prosecution in freedom of information cases.

“The article is based on intentions. The default position would be the assumption of bad intentions until proven otherwise,” Baqer added.

A number of local human rights organizations signed a statement on Saturday decrying the continued detention of Gaafar and warning the case “lays the groundwork for undermining the right to academic research and freedom of information.”

The statement clarifies that security permits for such research aren’t legally required, highlighting that it was conducted with the cooperation of government officials.

The organizations also asserted that Gaafar’s case sets a dangerous precedent, making researchers and journalists potentially vulnerable to life in prison for their work.