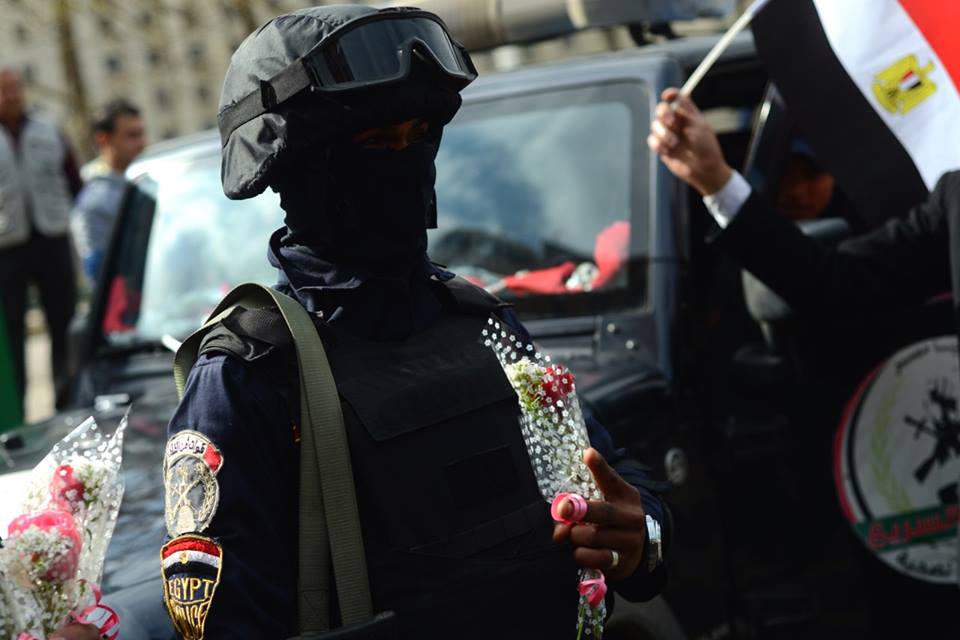 Police forces were deployed in huge numbers in the streets and squares of Egypt’s urban centers on the fifth anniversary of the 2011 uprising, with media reports suggesting at least 150 opposition protesters were arrested across the country on Monday.

Arrests have been ongoing in the lead-up to the anniversary. On Sunday, Akhbar al-Youm reported the administrator of the Revolutionary Socialists Facebook page was arrested on charges of instigating violence by calling for protests on January 25. The paper claimed that the administrator, 24-year-old Mohamed Essam, was actually a member of the banned April 6 Youth Movement.

On Monday, prosecutors extended his detention for another 15 days pending criminal investigations, according to Akhbar al-Youm.

Also on Sunday, the privately owned newspaper Al-Masry Al-Youm reported police arrested 78 Muslim Brotherhood members in Giza as part of their security crackdown in the lead-up to the revolution anniversary.

On Monday, demonstrators who came out to show support for the police and President Abdel Fattah al-Sisi were photographed waving Egyptian flags, brandishing portraits of the president and handing flowers to the troops without any interference from security personnel. 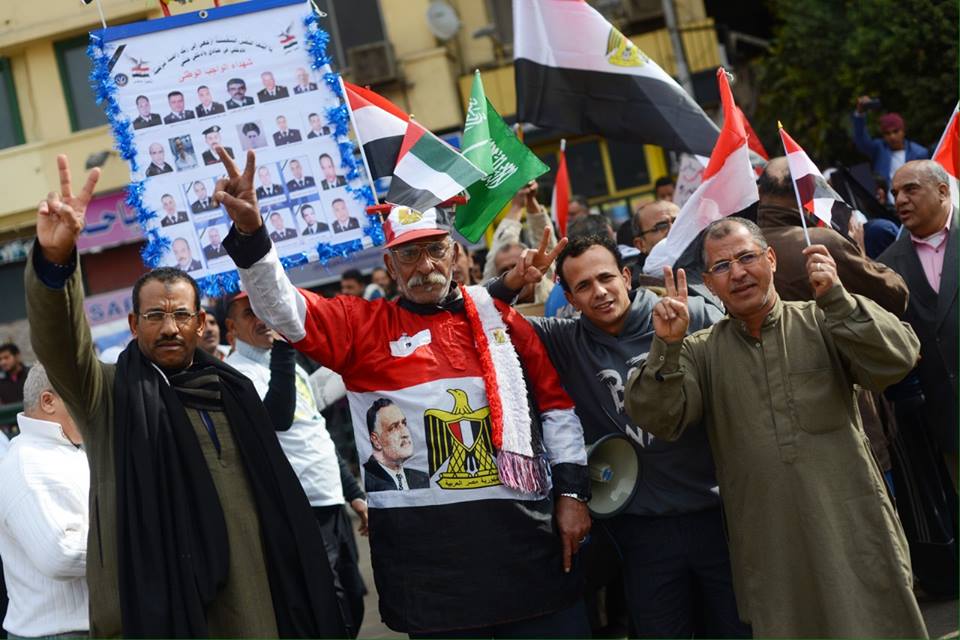 But Islamist and leftist opposition protesters appear to have been widely targeted. While tallies from local news outlets put the number of arrests or detentions at over 150 on Monday, no official numbers have been released. The latest update to the Interior Ministry’s official website featured photos of President Abdel Fattah al-Sisi celebrating the 64th National Police Day at the Police Academy in New Cairo.

The majority of arrests targeted purported Muslim Brotherhood members, according to local media. The Cabinet declared the Brotherhood a banned terrorist organization in December 2013, leading some media outlets to refer Monday’s detainees as “terrorist elements.”

Monday’s arrests were concentrated in Cairo and the Nile Delta Governorate of Gharbiya, where several news outlets trumpeted the same headline: “Police arrest 40 Brotherhood members in preemptive raids.” The date and time of the raids were not mentioned, and Mada Masr was unable to determine if they occurred on Monday or earlier.

Police arrested another 42 people allegedly affiliated with the Brotherhood near Cairo’s Mostorod Bridge, according to Youm7. They were apprehended as they got off a bus and headed to the nearby Matareya neighborhood, where the news outlet claimed they were intending to protest and “spread chaos.”

The anonymous security source told Youm7 that “six other members of the terrorist Brotherhood” were arrested in the adjacent district of Ain Shams while “seeking to protest and to commit acts of violence.”

Another 12 “terrorists” were reportedly arrested in Cairo’s southeastern neighborhoods of Helwan and Dar al-Salam while attempting to conduct marches and street protests.

Elsewhere, the privately owned Al-Watan newspaper reported that six members of the Brotherhood were arrested in Cairo’s satellite 6th of October City, which falls within the Giza Governorate. They were reportedly arrested on charges of attempting to block the roads after participating in a small protest of a few dozen people, which was forcefully dispersed by police units.

Another three protesters were arrested just north of Cairo in the industrial district of Shubra al-Kheima, located in the Qalyubiya Governorate. They were detained on charges of obstructing traffic while protesting and blocking the roads by burning tires, the privately owned Al-Shorouk news site reported.

Akhbar al-Youm reported that police forces fired tear gas to disperse “terrorist” protesters in the Nile Delta governorate of Kafr al-Sheikh when they allegedly attempted to block off a highway leading to the town of Balteem. Police forces arrested 10 of these “trouble-making” protesters, Akhbar al-Youm wrote, all of whom were alleged Brotherhood members.

In Damietta City, the privately-owned Al-Bawaba news site reported five members of the “terrorist Muslim Brotherhood” were arrested for conducting unauthorized street protests in violation of the controversial protest law. They are reportedly being detained until prosecutors conclude their investigations into the protest. The privately owned Akhbar Masr news site added that they were arrested in the evening while marching in a protest out of the city’s Galal Kuraytam Square.

Many other arrests linked to protest actions were reported across several other governorates, but the numbers of detainees and further details were not published in local media outlets.

Topics
Related
6th of October City raids
4 dead as police take control on Jan 25 anniversary
On the fifth anniversary of the January 25 revolution, it was the police that took to the streets, distributing
forced disappearances
The security apparatus: Defeat, failed reform and back to full force
Passant Rabie | “We take courses in human rights, but where is it on the ground? I haven’t seen anything applied
attacks on police
Sisi addresses nation from Police Academy ahead of revolution anniversary
During a speech at the Police Academy, President Abdel Fattah al-Sisi vowed to avenge the deaths
Endowments Ministry
Police arrest 3 admins of Facebook pages allegedly promoting protests on January 25
Police arrested three administrators of Facebook pages allegedly promoting anti-government protests on