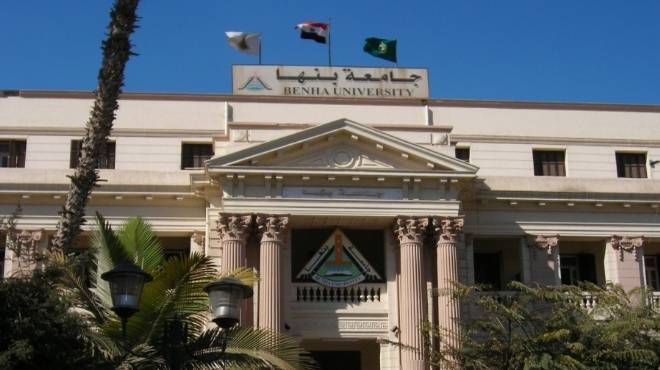 The dean of applied arts at Banha University in Qalyubiya was referred to investigation after reportedly harassing a female student wearing the niqab, forcing her to remove it, vice president of the university’s student union Khaled Naeem told Mada Masr on Tuesday.

Yassir Sohail, acting dean of the Faculty of Applied Arts at Banha University was passing by the classrooms during the end of semester exams on Saturday when he saw a female student wearing the niqab. Sohail summoned university security to check the student’s identity, forcing her to remove her face veil in front of other students, faculty and security.

“Yes, it is the same nose [as in her ID]. Why are you covering your face? What would you have done if you were really beautiful?” Sohail asked her, according to Naeem.

The student was taken back by the dean’s comments, as well as the mocking of faculty members, and she passed out.

Two days later, the dean reportedly mocked the same girl again and referred nine students to interrogation for writing about it on Facebook, Naeem said, adding that Sohail also accused the students of belonging to the outlawed Muslim Brotherhood group. The dean reportedly told media sources that such students are deliberately inciting public opinion against university faculty members. “There are many hidden hands represented in online committees, belonging to people with particular affiliations that are working on inciting the public before the fifth anniversary of the January 25 revolution,” Soheil asserted.

The student union submitted an official complaint to the university’s administration regarding Sohail’s behavior and demanded the end of any further interrogation of the students, according to a statement they posted online asserting that the dignity of students is a “red line.”

The student union of the Applied Arts Faculty released a similar statement with a number of demands, including compensating the harassed student for any embarrassment she experienced as a result of Sohail’s comments.

“This incident is part of a series of consistent harassment practices against female students who have worn the niqab in the faculty over the last four years. The university’s security has been inspecting students in a very humiliating manner that is obviously discriminatory,” the statement asserted.

The student union demanded guarantees that such incidents would not be repeated in the future, suggesting that only female security members be allowed to search students wearing the niqab, in order to respect their personal space.

“Putting on a face veil is an act of personal freedom. The expressing of views that are critical to the dean’s actions is also a personal freedom, and students should never be punished for practicing their rights,” Naeem asserted. He added that students have consistently criticized Sohail’s practices since his appointment as acting dean of the faculty four year ago. Sohail allegedly stormed the women’s section of the faculty mosque a few weeks ago and threw several students out.

The incident comes amid a crackdown on student organizations following the ouster of former Islamist President Mohamed Morsi. Violent confrontations broke out in 2013 between police and students affiliated with the Muslim Brotherhood, resulting in the death of around 20 students, and thousands of others being suspended or jailed.

Naeem asserted that the student union would follow up on the investigation against Sohail and would offer support to students referred to investigation.

A member of the Revolutionary Socialists, who is among the nine students referred to internal disciplinary interrogation over this incident, made comments on social media that went viral. “We can agree or disagree with the idea of the niqab, but we definitely reject threatening the personal freedoms of those who decide to wear it. Whoever harasses a girl by his looks today will sexually harass her with his hands tomorrow,” he asserted.

The student told Mada Masr that he was the only eyewitness who wrote about the incident. “The other eight students either commented or shared my post. Imagine, a student is interrogated just for commenting with a smiley face.” He added that several student groups have offered to support him and the others in the case, although he hasn’t been officially notified of the status of the interrogation yet. Following his post, the hashtag #العميد_المتحرش (the harassing dean) went viral on social media.

Reports of sexual harassment on university campuses have escalated in recent months, with more students being outspoken on the matter.

In December 2014, a professor at Cairo University’s Faculty of Economics and Political Science was referred to investigation and later suspended for consistently harassing female students.

Cairo University President Gaber Nassar said at the time that at least four faculty members were suspended for sexual harassment in just one term. Students have complained that female students are also reluctant to report such practices for fear of jeopardizing their futures.