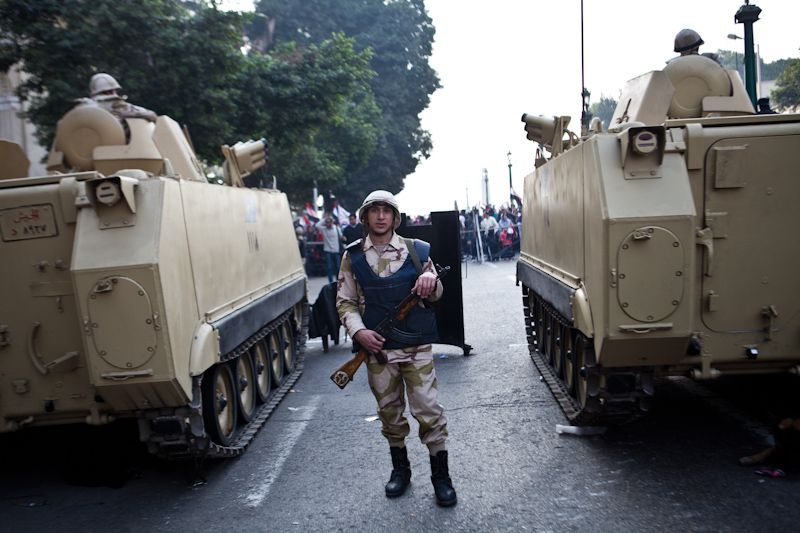 Two administrators, who the state-owned Middle East News Agency (MENA) reported are active members of the Muslim Brotherhood, administrating 47 different Facebook pages between them, were arrested in Giza and Minya on Wednesday. A third arrest was also made in Sharqiya.

A 26-year-old suspect from Giza, identified by MENA as Mohamed M., reportedly confessed to “instigating actions against state institutions, spreading the Brotherhood’s ideology, and inciting people to take part in street protests and marches on January 25.” The other suspect, 22-year-old female, Kawthat H., from Minya, also reportedly confessed to being a member of the Brotherhood and administrating six Facebook pages, MENA reported.

The privately owned Veto news portal reported that a student, Mahmoud A., from Zagazig University in Sharqiya Governorate, was arrested in Kafr Saqr on Wednesday after police identified him as “the administrator of several Facebook pages linked to the terrorist Brotherhood.”

Police reportedly confiscated laptops and cellphones from all three suspects.

Police forces have made a series of arrests ahead of the anniversary of the January 25 uprising. In the last week of December, police arrested four members of the April 6 Youth Movement in Giza and Cairo, issuing two more warrants for other members.

Following the ouster of former President Mohamed Morsi on July 3, 2013, the anniversary of the January 25 uprising has largely been co-opted by the state, which has been seeking to promote the anniversary as “Police Day,” as it was before 2011.

The 2014 commemoration of January 25 was dedicated to campaigning for the nomination of President Abdel Fattah al-Sisi and mass media campaigns called on Egyptians to occupy Tahrir Square and other squares nationwide to demand his election.

Oppositional protesters were subjected to violent dispersals and arrests. According to the Health Ministry, at least 29 people were killed, and 176 others were injured on January 25, 2014, with 450 arrested.

In 2015, official commemorations were banned in the wake of the death of Saudi Arabia’s King Abdallah Bin Abdel Aziz on January 23. According to Health Ministry figures, security forces killed 18 protesters, injured 52, and arrested several others in 2015. A further 68 people were fined for illegally protesting.