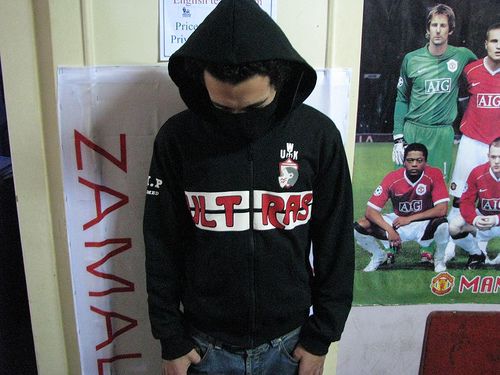 Cairo Criminal Court sentenced 15 Zamalek Club fans to five years with labor for attempting to assassinate the head of the Zamalek Club Mortada Mansour, according to the state-owned Middle East News Agency.

The defendants, who are allegedly members of the Ultras White Knights (UWK) hardcore fan group, reportedly fired birdshot at Mansour as he was exiting the club’s headquarters in August 2014. They were also accused of the illegal possession of arms and fireworks, vandalizing Zamalek Club property, the illegal show of force, and endangering the lives of citizens.

Three Ultras were acquitted in the case, including the leader of the UWK, Sayed Moushagheb.

Mansour has been embroiled in a public conflict with UWK members, deeming them a violent group and working to prevent them from attending matches.

The conflict worsened after an incident at the Air Defense Stadium in early 2015, when more than 22 fans were killed in a stampede outside the Zamalek vs. ENPPI premier league game. Ultras accuse both Mansour and police forces of plotting to kill fans in revenge for their anti-police stance.

The late Prosecutor General Hisham Barakat blamed the Muslim Brotherhood for the incident in a statement on television, in which he claimed the Islamist group supplied UWK members with money and fireworks to create chaos and instigate violence. 16 people were referred to criminal court for the deaths of the 22 fans, 12 of whom were said to belong to the outlawed Ultras association.

In May 2015, a Cairo court banned the activities of all Ultras groups nationwide, declaring them terrorist organizations.

Before the January 25, 2011 revolution, the involvement of Ultras in politics was mostly limited to conflict with security forces at football games. The banning of Ultras groups and a number of crackdowns on their members in the last few years have been linked by some to the key role they played in defeating the police on January 28, 2011 and in the November 2011 Mohamed Mahmoud Street clashes.