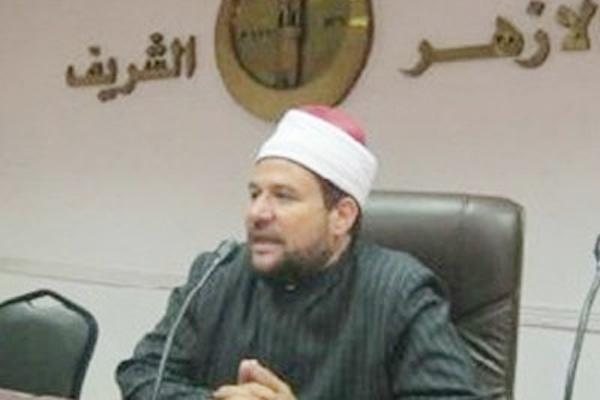 On Friday, Egypt’s Endowments Minister Mohamed Mokhtar Gomaa, joined a long list of ruling statesmen denouncing calls to protest and/or publicly assemble on the fifth anniversary of the January 25 uprising – which in 2011 led to the downfall of then-president Hosni Mubarak and his 30-year reign.

Speaking to an audience of Islamic clerics and government officials in the Nile Delta Governorate of Beheira, Gomaa explained that conducting any form of protest on the anniversary of this popular uprising is a contravention of Islamic principles.

The state-owned newspaper Al-Ahram quoted Gomaa as saying, “Protesting on January 25 contravenes Sharia law, as it drags Egyptians into violence.”

Gomaa reportedly added his support for a fatwa (religious edict) prohibiting all forms of demonstrations on January 25, as such protests “serve to weaken the state for the benefit of Egypt’s enemies.”

The privately-owned Youm7 news portal further quoted the minister, reporting that Gomaa referred to such protesters as being “agents and traitors”.

Under Gomaa’s leadership, the Ministry of Endowments has officially called on its clerics to actively denounce calls for protests in their Friday sermons. This call has been made to the ministry’s Imams nationwide, estimated to number nearly 53,000.

According to the ministry’s official website, the theme of this Friday’s sermon was the necessity of: “Unity for the building and safeguarding of the country – a legitimate demand and a national duty.”

On its website, the ministry gives pointers to its clerics regarding this subject, such as: Warn against attempts to weaken the country; Warn against the propagation of chaos, destruction and division; Cite examples of peoples whose states have fallen and the associated civil strife/war; Warn against calls for protests as they are suspicious and suspect, and should be denounced; Calls to topple the state are criminal acts, according to Sharia law.

Gomaa’s comments on Friday appear to have elicited a great deal of criticism, along with some support, on social media networks – as the hashtag #MinisterOfEndowments was a trending Twitter topic in Egypt.

One user supported Gomaa’s calls and added that “the minister said it outright, calls to protest on January 25 run against the principles of Sharia. They aim to vandalize state institutions and to harm its interests.”

Another user on Twitter criticized Gomaa as being a politicized religious tool in the hands of the ruling regime. “Did you know that joining the January 25 protests is a violation of Sharia, while those commemorating June 30 are a patriotic duty?”

This in reference to the street protests of June 30, 2013 – which led to the ouster of Islamist President Mohamed Morsi and later resulted in a military-led takeover of the state.

Following 2013, the anniversary of the January 25 uprising has largely been co-opted by the state, and its officials have apparently been seeking to rehabilitate this day as being “National Police Forces Day” – as was the case prior to 2011.

On an official level, the 2014 commemoration of January 25 was dedicated to campaigning for the nomination of Field Marshall Abdel Fattah al-Sisi as president of the republic. Mass media campaigns insisted that Sisi supporters occupy Tahrir Square and other squares to demand that this military strongman become president.

On the other hand, protesters and opponents of the Sisi regime were subjected to violent dispersal and arrests. According to the Health Ministry, at least 29 individuals were killed, and 176 others injured on January 25, 2014.

In 2015, the January 25 commemoration was officially banned; the reasoning behind the ban was the death of Saudi Arabia’s King Abdallah Bin Abdel Aziz on January 23.

According to Health Ministry figures, security forces killed 18 protesters, injured 52, and arrested several others, on January 25 of last year.

Since the popular protests of 2013 – against Morsi and his Muslim Brotherhood – Tahrir Square has served as a public space to celebrate the policies and accomplishments of Sisi’s regime.

No protests, opposition rallies or sit-ins have since been tolerated in this iconic square, which in 2011 was the focal point of the popular uprising against Mubarak, his government, and police forces.