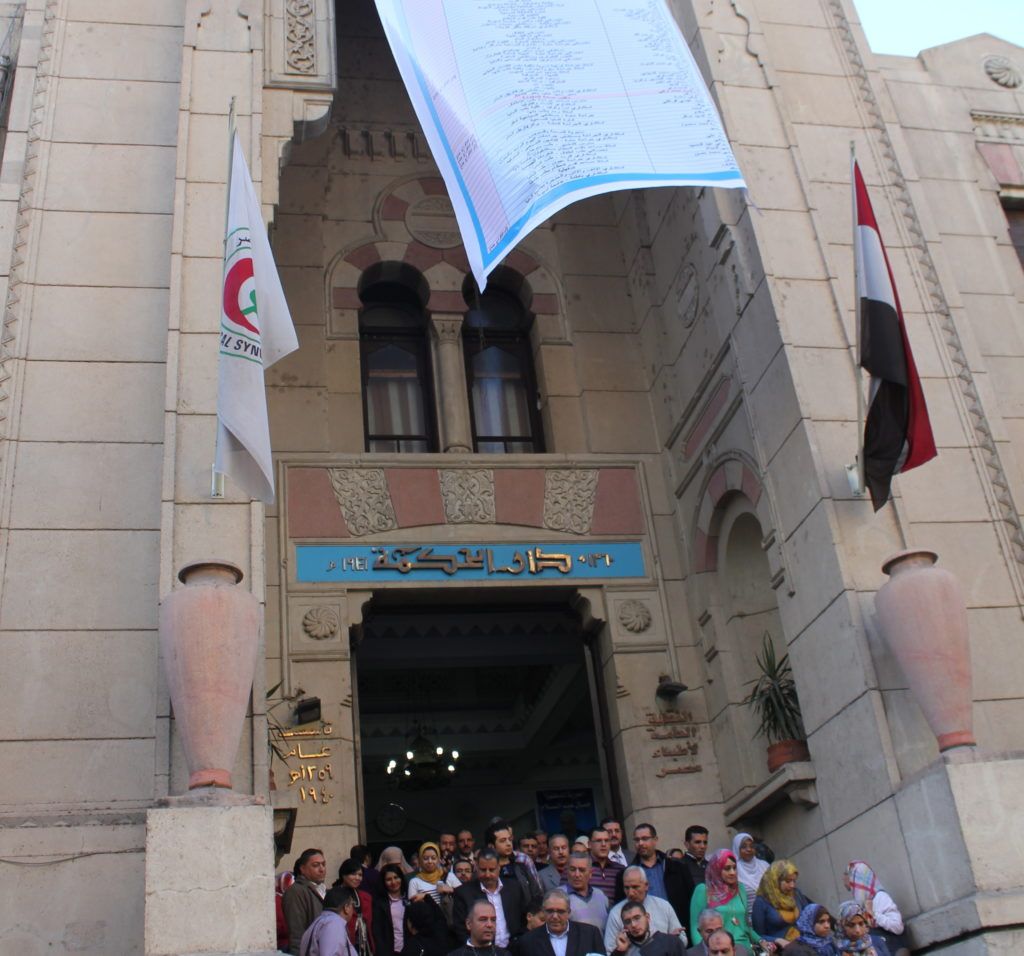 An appeals court postponed the trial of a young doctor, sentenced to two years in prison for obstructing traffic and public disorder to January 13.

Surgeon Ahmed Saeed, who has been living in Germany for three years, was arrested after participating in a demonstration calling for the release of political prisoners in November during a visit to Egypt.

A number of police officers questioned Saeed at a cafe in Abdeen Square near the protest, before transferring him to Abdeen Police Station, where he was kept in detention for 16 hours. Two lawyers went to the police station in an attempt to locate his whereabouts, but were told he wasn’t there, his brother Hamdy told Mada Masr.

Three days later, a judge released Saeed and four others on LE3,000 bail, but the prosecution appealed the decision and the case was postponed to December 2. Nineteen days later, Saeed was sentenced to two years in prison on charges of rioting and obstructing traffic in Mohamed Mahmoud and Mohamed Farid streets.

“It only took 20 days to build a case against my brother, throw him into maximum security Al-Aqrab Prison among Egypt’s most dangerous criminals. He cares about nothing but science,” Hamdy said. “He has no political affiliations. Sure, he participated in the January 25 revolution [in 2011], as we all did. He carried out his duty as a doctor in the square’s field hospitals.”

According to his brother, Saeed was denied access to medical care and lawyers, was not allowed to make phone calls and began a partial hunger strike on December 8. Saeed went on a full hunger strike later on December 14, but had to end it after his health deteriorated.

Hamdy also claimed Saeed had been subject to torture, including electrocution and blindfolding.

Earlier in December, the Association of Doctors working with Egypt’s Public Health Sector called on the Doctor’s Syndicate to organize a protest in solidarity with “doctors jailed for carrying out their duties in field hospitals.” They demanded an end to politicized trials against their colleagues, and prison conditions that do not meet the basic standards of human rights.

The Doctors Syndicate filed a request with the Ministry of Interior demanding Saeed’s right to medical care. His lawyer filed reports with the Attorney General, General Prosecutor, and National Council for Human Rights, “but all was in vain. A couple of days later he was transferred to the high security Aqrab Prison. So we understood the message,” Hamdy said.

However, Saeed’s lawyer, Qadry Mehanna, told Mada Masr he has high hopes Saeed will be released during the next court session, “as there is no evidence that can be used to convict him.”

Topics
Related
Ahmed Saeed
Court upholds 2-year sentence against surgeon, 4 others for protesting
An appeals court upheld a two-year sentence on Wednesday against surgeon Ahmed Saeed and four
Ahmed Saeed
5 protesters sentenced to 2 years for commemorating Mohamed Mahmoud
Abdeen Misdemeanor Court sentenced five people to two years in prison on Sunday for participating in
Ahmed Saeed
5 arrested for protesting in memory of Mohamed Mahmoud clashes
Five people were arrested for demonstrating in memory of the deadly clashes between protesters and security