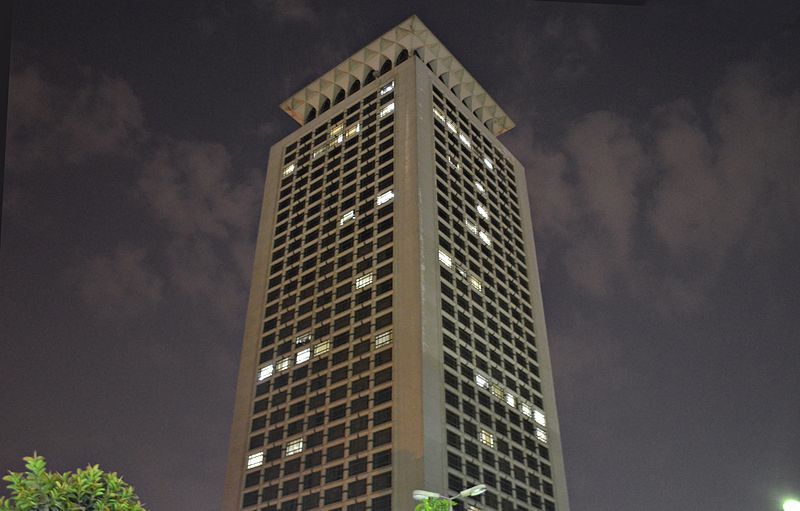 Egypt’s Foreign Ministry denounced the attack on the Saudi consulate in Iran, but focused on the general safety of diplomatic missions rather than taking a clear political stance.

In a statement on Monday, the Foreign Ministry said it condemned the burning of the Saudi embassy in Tehran and Saudi consulate in Mashhad, emphasizing the need to “respect the inviolability of the premises of diplomatic and consular missions and the safety of their personnel, guaranteed by the Vienna Conventions on Diplomatic and Consular Relations.”

The attack came after Saudi Arabia executed prominent Shia cleric Nimr al-Nimr and 46 others, including an Egyptian citizen, on Saturday.

While Iran condemned the execution, President Hassan Rouhani himself said the attacks on the Saudi embassy and consulate had damaged Iran’s reputation.

“We do not allow rogue groups to commit illegal actions and damage the holy reputation of the Islamic Republic of Iran,” he said in a statement.

Meanwhile, several Saudi allies also moved to take a stance against Iran the following day. Sudan and Bahrain severed ties with Iran and recalled their diplomatic missions, and both countries issued statements criticizing Iran and announcing their support of Saudi Arabia.

The United Arab Emirates also announced it would downgrade ties with Tehran to the level of the charge d’affaires and would only focus on economic issues.

However, the spokesperson for the Egyptian Foreign Ministry, Ahmed Abu Zeid, was more explicit in a phone-in on the Al-Hayah Al-Youm program later on Monday, boasting that Egypt was one of the first countries to cut ties with Iran some 27 years ago.

He said that Foreign Minister Sameh Shoukry is currently in Saudi Arabia and that he had made Egypt’s stance on Iran clear in his meeting with his Saudi counterpart Adel al-Jubeir.

“It is clear that Egypt was the first to cut ties with Iran,” he said, “before anyone else.”

He also emphasized that Egypt rejects any interference in Saudi affairs, explaining that both countries are pillars in the Arab world, maintaining its security and stability.

Egypt and Iran severed ties in 1980 following Egypt’s decision to provide refuge for the deposed Shah of Iran, as well as Egypt’s recognition of Israel.

Relations further deteriorated the following year when Tehran named a street after the assassin of President Anwar Sadat, Khaled Islambouli.

Ties improved significantly following the ouster of Hosni Mubarak in 2011, and specifically under the rule of Mohamed Morsi from June 2012 to July 2013. In April 2012, Iran appointed an ambassador to Egypt.

However, Egypt does not have an embassy in Iran.

Meanwhile, Al-Azhar, Egypt’s most renowned Sunni institution, condemned the attacks as well as general criticism of Saudi Arabia, praising its role in fighting terrorism and extremism.

In a statement Monday, Al-Azhar said “harming your neighbor” is forbidden in Islam and warned against plots to divide the Arab and Muslim nations.

The institution also expressed appreciation to the Saudi kingdom for fighting extremism, quelling sectarian tension and maintaining peace and stability in the region.

Topics
Related
Egypt-Saudi Arabia relations
Saudi’s decision to up Egypt investments by 30%: Economics or politics?
Beesan Kassab | On December 16, Saudi Arabia committed to increasing its investments in Egypt to around US$8 billion
Egypt-Qatar relations
With eye to Iran, Saudi brings Egypt, Qatar back together
Pesha Magid | There were several indications that Egypt and Qatar were attempting a rapprochement during the Arab League