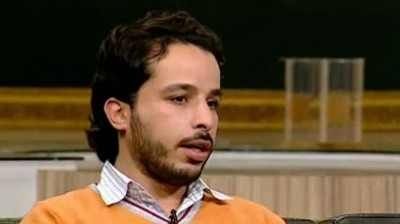 Activist Khaled al-Sayed is among 52 defendants referred to military trial on charges of belonging to the Muslim Brotherhood, inciting murder and disseminating false information, the activist announced on his Facebook page on Tuesday.

On Tuesday, lawyers discovered that Sayed was a defendent in a case concerning the murder of police officer Wael Tahoun. Sayed is due to appear in front of military court on January 2.

Colonel Tahoun, who used to head the notorious Matareya Police Station, was assassinated along with his driver in a car last April.

Regarding the accusations, Sayed stated that fabricating charges has become a systematic practice in Egypt. In some cases, he argued, the victims are believable suspects, while in other cases, like his, the charges are “laughable” but can still lead to harsh sentences.

The well-known leftist activist is one of the founders of the Youth for Freedom and Justice movement. He was a member of the Revolution Youth Coalition, which represented a number of youth movements in 2011. The group was largely seen as a leader of street movements during the early days of the January 25 revolution.

Sayed has been arrested several times in the last two years. He was detained for two months after being arrested on January 25, 2014, while protesting in commemoration of the 2011 uprising. Last July, he was detained for 24 hours after getting arrested at the airport while trying to visit his wife in Qatar.

His arrest comes amid a wave of activists’ arrests prior to the fourth anniversary of the January 25 uprising.