The year the FM spokesperson stepped into the ring 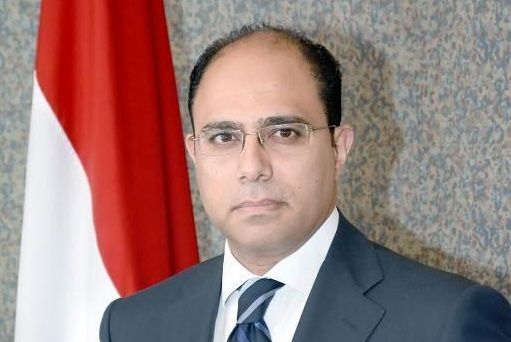 Having only assumed his duties as the Foreign Ministry spokesperson this August, Ahmed Abu Zeid did not waste any time taking off his gloves and lashing out at criticism of Egypt’s foreign and internal policies.

During his short tenure, Abu Zeid did not hesitate to stand firm in the face of foreign news outlets, international organizations and even the European Parliament, rectifying the image of Egypt, which he believes these bodies are out to tarnish.

CNN and the Croatian hostage

In his first month on the job, Abu Zeid lashed out at CNN over a report on the Croatian hostage beheaded by the Islamic State-affiliated militant group Province of Sinai in August.

Abu Zeid slammed the report for being biased, saying it “spoke of the spread of chaos and terrorism and the absence of the state’s power in Egypt in a way that is extremely sarcastic, and which is far removed from objectivity, professionalism and honesty.”

In its report, CNN said the kidnapping of the hostage from the Western Desert indicates that the reach of Province of Sinai now extends beyond Sinai, which it described as “lawless”.

Abu Zeid maintained that terrorist activities are present in no more than five percent of the Sinai Peninsula, saying that in western societies similar incidents are “not analyzed in the same way,” specifically referring to the Charlie Hebdo attacks in France and the Boston Marathon bombings in the US.

He said that the fact that CNN chose to “blame the victim instead of the real culprits” is unfortunate.

That same month, Abu Zeid directed his efforts towards Human Rights Watch, calling its work in Egypt “suspicious and politicized”, following a statement it issued on the anniversary of the dispersal of the Rabea al-Adaweya sit-in, accusing the Egyptian government of refusing to “properly investigate the killings or provide any redress for the victims.”

In a phone-in with TV show 90 Minutes, the spokesperson said that the Foreign Ministry could not respond to all reports by Western organizations, but warned that HRW’s report “could cause damage, as it comes at the same time as the so-called anniversary of the dispersal of Rabea al-Adaweya and exploits the death of the Croatian hostage.”

He added: “We are engaged in our development and are moving forward, so we will not pay attention to such biased reports. Egyptian society stands on guard against these attempts to tarnish its image.”

When HRW issued a report documenting human rights violations during Sisi’s first year in office, it also faced accusations of supporting terrorism and propagating lies from the Foreign Ministry.

Just days after the ministry announced the launch of an English-language blog in August to “enhance its communication with the world” and to address “inaccurate” reports about Egypt in foreign media, a tug-of-war ensued on Twitter between Abu Zeid and David Kirkpatrick, the Cairo bureau chief and Middle-East correspondent of the New York Times.

Abu Zeid took issue with a story Kirkpatrick wrote about Mohamed Soltan, an Egyptian-US citizen who spent two years in solitary confinement and went on a 490-day hunger-strike before he was released and sent back to the US.

On his Twitter account, Abu Zeid said he was surprised to find the article already published after he had agreed with Kirkpatrick to forward his request for comment on Soltan’s treatment to the Interior Ministry.

Abu Zeid also questioned the credibility of the newspaper on Twitter, saying the article was “one-sided and only takes his testimony into account.”

Kirkpatrick then responded on his Twitter account, saying the Interior Ministry had over 24 hours before online publication to respond, six hours more before print publication.

“We contacted the MOI at 2:30 Thursday Cairo time for comment. We told them repeatedly that we welcomed response until 12 pm Friday,” he further explained.

“It’s unacceptable and unreasonable for [Kirkpatrick] to ask for info hours before publication, on night before weekend, and expect timely response,” he wrote.

The squabble prompted the State Information Service’s (SIS) Press Center to issue a statement stipulating a week’s notice for any requests or queries by journalists before publication.

Following an immediate backlash on social media, the Press Center issued another statement shortly after, clarifying that a week’s notice would only be required to request an interview with “one of the representatives of the official authorities.”

The row spilled over into September in light of the New York Times’ coverage of the killing of eight Mexican tourists in the Western Desert.

The NYT’s Editorial Board ran an editorial titled “What went wrong in Egypt?”, arguing that the incident “should never have happened,” and that it’s “no surprise that the government of President Abdel Fattah al-Sisi, the former army chief-of-staff who toppled Egypt’s first democratically elected president in a coup in 2013, would try to shift the blame for the shooting.”

Abu Zeid said the coverage was “misleading and untrue”.

“The NYT’s repeated and deliberate insistence on distorting events in Egypt reflects blatant disregard for the will of Egyptian people,” he said in a letter published by the state-owned Middle East News Agency.

He did not hold back of his criticism of what he said has “become a habit for the newspaper as of late,” referring to the editorial’s claim that that full accountability following the ongoing official investigation is unfortunately not likely, in light of Sisi’s closed -ff and oppressive government.

“The editorial staff deliberately ignored the fact that Egypt has already started an impartial and highly credible investigative process three days ago,” he stated. “Their stance is by no means surprising since we’re used to their biased and non-objective coverage.”

He then relayed his knowledge of journalistic ethics, citing “commitment to conveying the truth, instead of publishing judgments and baseless accusations” as mandates for professionalism.

Abu Zeid was not afraid to stand up to the United Nations as well.

But for Abu Zeid, Ban was only focusing on individual cases and “jumping to conclusions related to freedom of expression granted to all Egyptians under the Constitution.”

Abu Zeid advised the UN Secretary General to use his influence “to seek accuracy and show concern for public issues related to collective and systematic violations against nations that are deprived of basic rights.”

Even the European Parliament got a taste of Abu Zeid’s fury over a detained 20-year-old Irish-Egyptian citizen.

Ibrahim Halawa and his three sisters were arrested in Cairo on August 17, 2013 on charges of participating in a violent protest at Al-Fath Mosque in Cairo’s Ramses neighborhood. His sisters were soon released, but he was remanded in custody. He faces a number of charges, including murder and attacking security forces and public buildings.

This month, the European Parliament passed a resolution calling for his release from Tora Prison, on the grounds that he was arrested as a minor and Egypt is bound by the Convention on the Rights of a Child. The resolution also cited an Egyptian law passed in December 2014 allowing foreign nationals arrested in Egypt to be deported to their home countries.

Abu Zeid rejected the parliament’s decision, deeming it a “dictation” that sovereign states and democratic societies would not accept.

“The decision includes several claims and fallacies,” Abu Zeid said, referring to the claim that Halawa might face the death penalty and that he was subjected to torture.

The spokesperson said he was surprised at such a decision, which comes at a time when the European Union enjoys strong ties with Egypt.

AD
You Might Have Missed
What we talk about when we talk about trees
Carbon Colonies & A Green New Deal
Where do old lesbians go to die?
Mugamma revisited: Reimagining the building and the square
AD
Dalia Rabie
38 articles on Mada