Big ups, big downs in this year’s A-Z of arts phenomena in Egypt

Nefertiti in Samalut.
By
Mada Masr

B is for three of Egypt’s contemporary art practitioners who did particularly well this year: Basim Magdy, who among various accolades was named Deutsche Bank “artist of the year” for 2016, Bassem El Baroni, who among many other projects curated What Hope Looks Like After Hope (On Constructive Alienation) at Ashkal Alwan’s Home Works 7, and Ahmad Badry, who created a solo show at Medrar, The Provisionary that Lasts, that drew praise from opposing poles of Cairo’s art scene without trying to sell itself at all.

D is a difficult decision — it’s either for Distorshy, the Egyptian-born analogue NMR fuzz pedals created by Youssef Abouzeid and co, or for downtown Cairo, a constant focus of arts events and news this year, from evictions and glossy redesigns at the Maspero triangle through CLUSTER’s Creative Cities conference and its passageways project, to Cairobserver’s downtown issue and the Downtown Contemporary Arts Festival, including its controversial Women on Walls graffiti project.

E is for Epic 101 studios, which is contributing to the making of a music scene, especially increasing numbers of bedroom artists and electronic releases.

F is for folk, specifically the 15th birthday of the Mastaba Centre for Egyptian Folk Music and the second edition of their Wanas Folk Festival, which is inspiring from a longevity point of view.

(But we’d like to use F to mention the “shabab famous” fashion shoots by groups of youngsters with creative hair roving around Cairo’s posher districts). 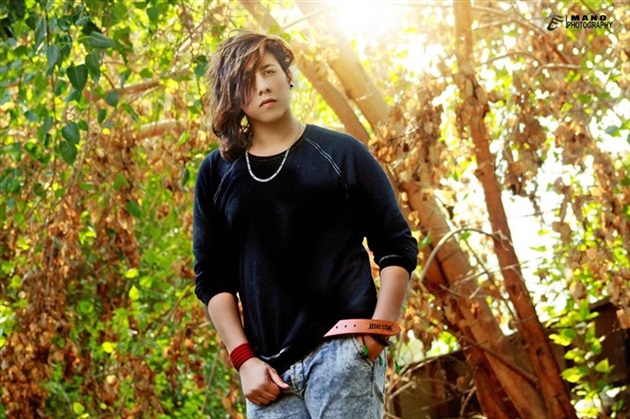 G for Ghaby, Ghaby, Ghaby (Stupid, Stupid, Stupid), PanSTARRS’ latest album, which came up with an innovative way of singing in Arabic in indie/noise/electronic music. Its absurd, personal lyrics are refreshingly unconventional and its overall sound angry and energetic.

H is for Hamdan, the camp owner who died during the beach-side Cloud 9 music festival after being electrocuted by cables set up for decorative lights. He was fondly remembered by many visitors, with his stories of sea ghosts and his mysterious jogs along the coast in the middle of the night.

I is for poet Iman Mersal, who this year hosted a full-house salon at Townhouse, wrote sharp, engrossing poems, and gave a talk on motherhood that was a highlight of the Home Works 7 program in Beirut. 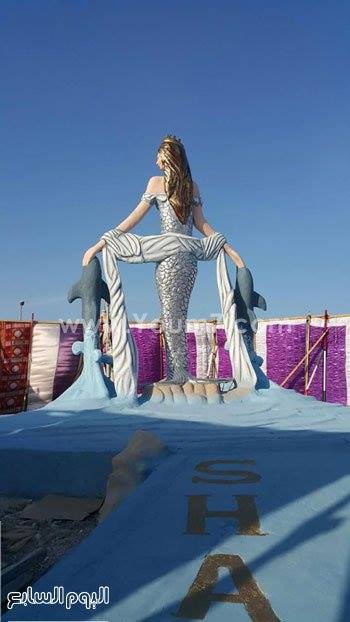 But it’s also the only place we can fit in the inauguration of kitsch statues in cities around Egypt, like the terrible mermaid in the Red Sea town of Safaga and the gormless Nefertiti head in Minya’s Samalut.

J is for Jasmina Metwally and Philip Rizk’s film Out On the Street, which tells the story of a murky privatization process at an Egyptian factory and the ensuing layoffs and strikes. It won best film at the Festival Internacional De Cine Latino Árabe in Buenos Aires and toured widely, including at the Berlinale and as an exhibition at the Venice Biennale’s German pavilion. (Watch out for our review, to be published early in the new year).

K is for the knowledge that will be generated by the newly-launched MA on cultural policy and management, led by Al Mawred al Thaqafy. It’s the first of its kind in the Arab region and conducted in both Arabic and English at Casablanca’s Hassan II University.

L is a long entry of losses, of both people and of institutions. Cinema lost several huge icons, including actors Faten Hamama and Nour El Sherif, actor and producer Samy El Adl and director Raafat al-Mihi. Film illustrator Hani El-Masri died, as well as Egypt-based Lebanese documentary maker and actor Nabiha Lotfy. In literature Edwar al-Kharrat, poet Abdel-Rahman al-Abnoudi and Gamal al-Ghitani passed away, while Radwa Ashour’s loss last year continued to impact us, because major bookstores had discounts honoring her legacy, and her way of writing (especially perhaps 1992’s Granada) resonates with people in the 20s and 30s.

Two spaces closed, although neither came to an end as concepts/event organizers — Agouza’s glamorous Beirut art villa with its provocative exhibitions, talks and one awe-inspiring Sun City Girls reunion concert, and Vent, the trendy downtown Cairo club that managed despite its flaws to push the limits of underground music.

M is for Medrar TV for surviving and for improving its essential video coverage of Egyptian and regional art events. Medrar’s 7th Cairo Video Festival is also significant in that it has brought moving image art into a cinema context at Zawya and stirred up deeply entrenched notions of how a film “should” look and how visual language can be meddled with.

N is for the Network of Arab Art Screens, which counts Egypt’s Zawya, Cimatheque and Jesuit Cultural Center as members and which met in Cairo in June. NAAS’ aspirations to diversify the regional film market and its programmers’ investment in “alternative” cinema from experimental to documentary is as admirable as its trans-Arab structure — NAAS aspires to do what governments ought to have done in terms of cultural dialogue and collaborations. Its financing, distribution and programming challenges are huge, but the workshop reaffirmed the commitment of the network’s members.

O is for clowning troupe Outa Hamra, who as well as being very active in Egypt (in collaboration with the indomitable Mahatat, which continues to organize arts events around the country, including their incredibly popular balconies project and their work with theater troupe Masl) this year were invited to circus festivals in Addis Ababa and Tunis. 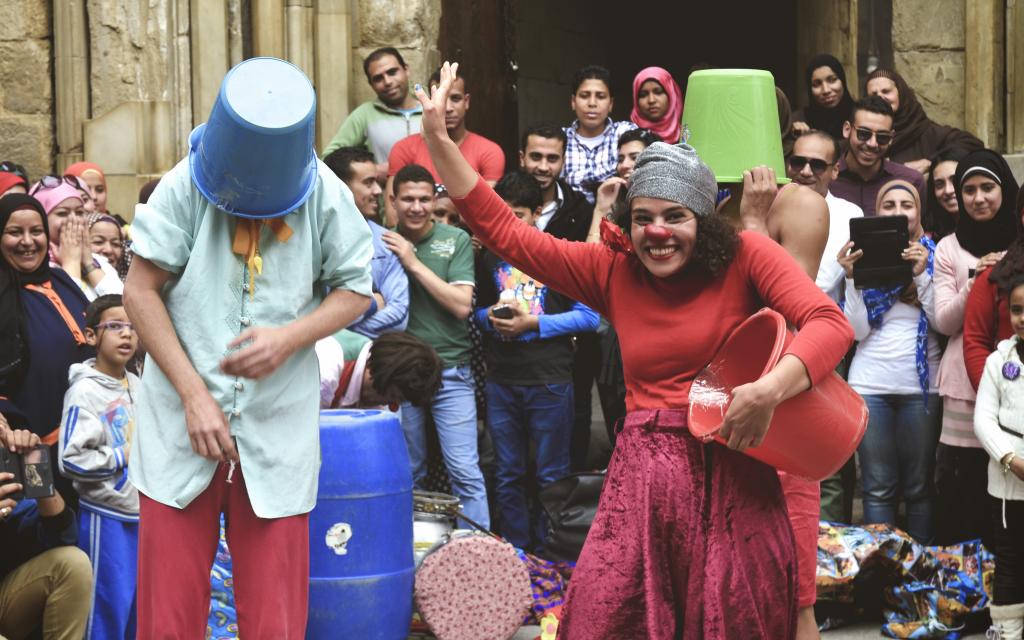 P is for the Panorama of the European Film, which in the past few years has grown exponentially in terms of ambitions, programing and audiences. This year it bowled many people over with the quality of its films and the size of its audiences, as well as its appearance in three more cities. The existence of Zawya (both Misr International Films initiatives, with a largely shared team) has a lot to do with this — they had some great year-round programming, in particular a heavyweight 20-day documentary festival called Hybrid Reels.

Q is for Cimatheque, which has a Q in its name and finally opened properly, coming to life with screenings, discussions and a beautiful exhibition of their archive put together by artists Ala Younis and Rana ElNemr. The space itself is exquisite and their events are adding to the exciting cinema moment we’re experiencing — the Berlinale film selection they showed, for example, had a great discussion around it.

R is for Ramadan TV series, in particular two widely watched and in different ways ground-breaking shows: the historical Haret al-Yahood (The Jewish Alley) and the ambitious but not-unproblematic addiction-themed Taht al-Saytara (Under Control).

S is for the Salon al-Shabab or Youth Salon, and the mediocre, disastrous, funny or pioneering molokheya performance, which won its prize. Artist Heba Salah sat at a traditional small Egyptian table with some molokheya leaves in front of her then started — very seriously — chopping them with the special knife Egyptians use for this purpose. Behind her there was some writings on the wall that seemed like a government cultural institution plan for a molokheya revival project. It clearly sought to be provocative for the government and the art audience alike, and caused a commotion on the internet and in the press.

T is for Tracing Our Dragon’s Smell, the brilliant, diverse Shady Elnoshokaty curated student exhibition at the American University in Cairo. 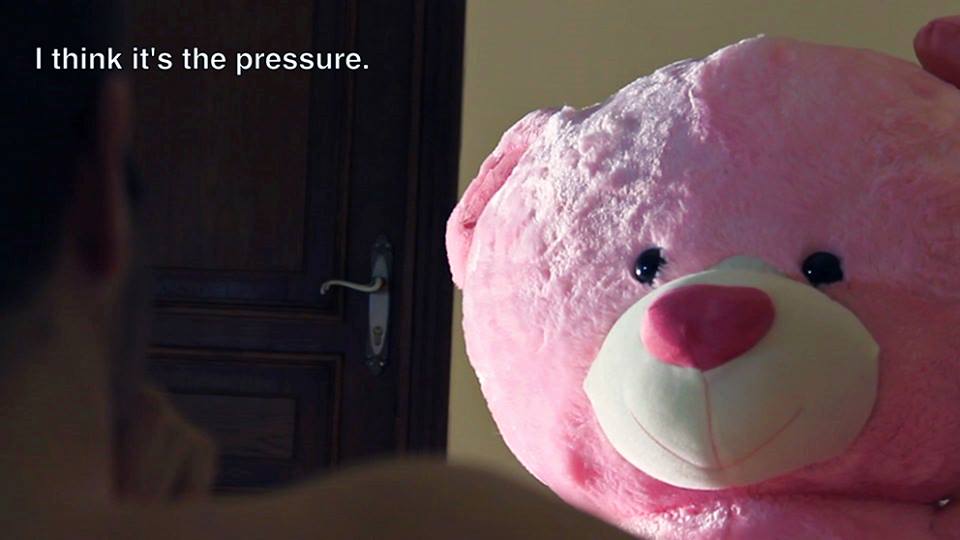 V is for music venues. Tiny spaces have managed to endure, with Garden City’s ROOM going from strength to strength with an impressive program, and Balcon Heliopolis continuing to quietly provide a platform for experimental music.

W is for people and organizations working better together. An example is By Chance Festival – dance practitioners realizing they were individually organizing events around the same time so decided to pull them together and benefit from sharing costs. Another is CircCairo and Backstreet Festival working together on dates, contracts and payments to bring over UK acts with British Council funds. The year also saw several collaborations between Cimatheque and Zawya, Medrar and CIC, and Zawya, Medrar and ROOM.

X is for comix, which are continuing to flourish and diversify here, with festivals, publications and even efforts in the metro. In particular the truly regional CairoComix festival, where a lot of interesting discussions came up and where women artists fared very well, was a milestone.

Y is for young filmmakers. Karim Shaban’s In a Day and Kawthar Younis’s A Present From the Past (aka 20 September), which both made a splash at the Cairo International Film Festival, showed the ambition of an emerging generation of Egyptian filmmakers and their talent.

Z is for Alexandria’s unusual zoo and the discussions it (and other sites) prompted during Mahmoud Khaled and Christodoulos Panayiotou’s Postponed Dates on a Disappearing Coast, an important two-day tour of Alexandria that reflected on state failure, art education, animals, memory and a lot more. It generated some exhilerating writing by Ilka Eickhof, Hanaa Safwat and Alexandra Stock. 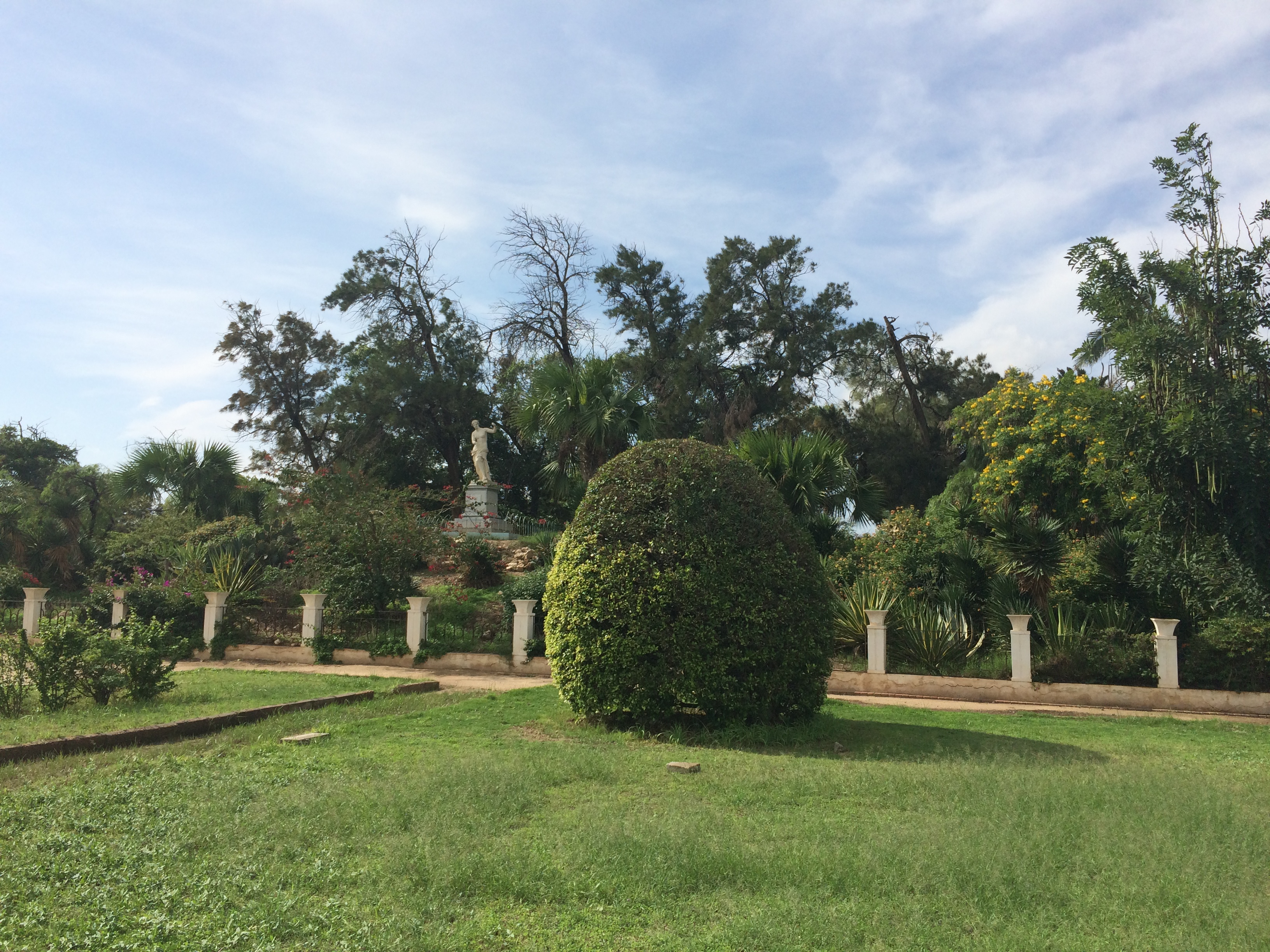 Topics
Related
2015 year enders
A year in critical culture writing
From poetry and criticism to interviews and explainers, and from Suez and translation to cinematic nudity
2015 year enders
The co-curated, best-of-2015 #MadaMixTape
33 must-hear songs from the MENA region.
2014 year enders
A brighter-than-expected alphabet of culture for 2014
Not as depressing as the year at large.
Ahmad Abdalla
A busy year for culture in Egypt, despite everything
An alphabet of important cultural events from 2013.