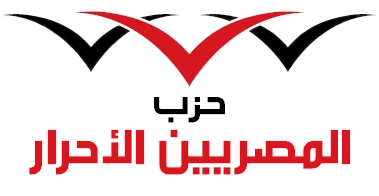 Osama al-Ghazaly Harb, the president of the board of trustees for the Free Egyptians Party, announced his resignation from the party on Saturday without clarifying the reasons for his decision.

Sources from within the party told media outlets that Harb’s resignation is the result of his disagreements with the way the party has been run by its acting president, Essam Khalil, and its founder, Naguib Sawiris.

Harb was the president of the Democratic Front Party, which merged with the Free Egyptians Party in 2013. His resignation comes as the party announces the list of final candidates for its new president, to be selected through internal elections scheduled to take place at the end of the month.

The party’s first elected president, Ahmed Saeed, resigned in September 2014, creating instability within the party. He was followed by several members of the party’s political bureau, including vice president Ibrahim Naguib. Some of the members who had resigned complained that the party’s secretary general, Essam Khalil, made decisions without consulting the political bureau.

Harb told privately-owned Al-Watan that he has “reservations” about the way the party has been run, but he refused to be more specific.

Some sources in the party speculated that Harb’s resignation was caused by his marginalization and his differences with acting president Khalil. Others claimed that Harb opposed the interference of the party’s founder and funder Naguib Sawiris.

The Free Egyptians came top in the parliamentary elections, winning 65 seats. The party elected MP Alaa Abed as the head of its parliamentary block on Thursday.