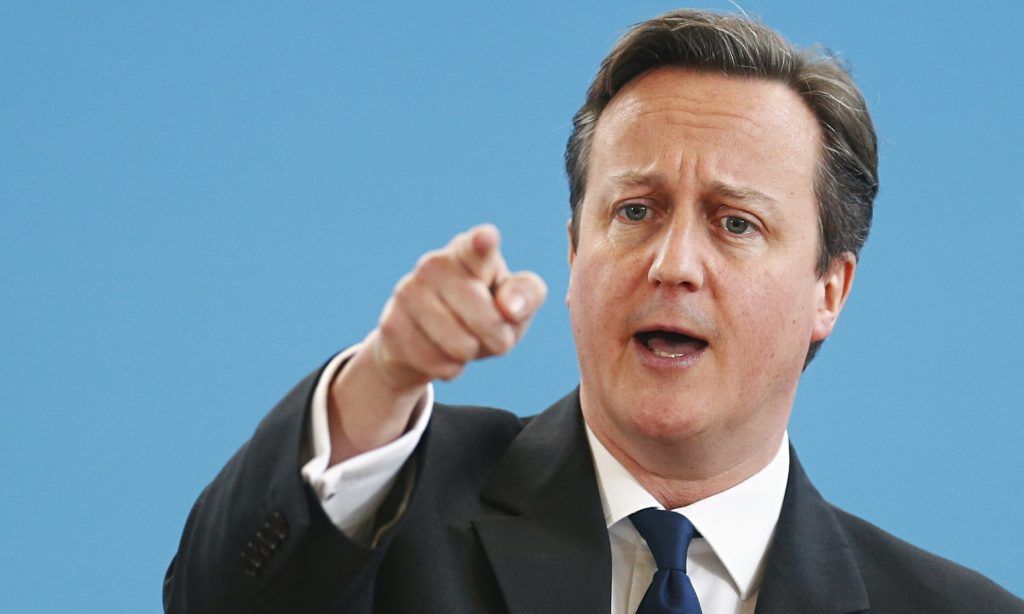 Egypt’s Foreign Ministry has praised the British government’s review of the Muslim Brotherhood released Thursday, which concluded that links to the group could be an indicator of extremism, but did not recommend an outright ban.

The report is an “important step in combating terrorism,” ministry spokesperson Ahmed Abu Zeid said via his Twitter account. “We hope other countries will take similar steps to enhance counterterrorism efforts.”

The report shows that the international community must support Egypt in confronting terrorism and extremist ideology, Abu Zeid continued.

Muslim Brotherhood leaders, on the other hand, rejected the review in statements released Thursday afternoon.

Amr Darrag, a member of the executive board of the dissolved Freedom and Justice Party — the Brotherhood’s political wing — also spoke out against Cameron’s statements.

“The prime minister’s statement that membership of, association with, or influence by the Muslim Brotherhood should be considered a possible indicator of extremism unfairly condemns millions of Muslims and non-Muslims across the world, many of whom are British citizens,” Darrag said. “This is to fundamentally misinterpret the Middle East’s largest democratic organization and misunderstand what is needed to bring democratic, peaceful and stable governance to the Middle East.”

The organization’s London-based lawyer Tayab Ali said the Brotherhood was denied the right to reply to criticism made in the review process, and will be challenging the investigation and its findings in court.

Earlier Thursday, Prime Minister David Cameron released a statement saying the report indicates an “ambiguous relationship with violent extremism.” The findings referred to the Brotherhood’s support for the Palestinian Hamas and its attacks on Israel as a sign of growing extremism, asserting that many groups affiliated with the Brotherhood perceive Britain as being “hostile to the Muslim faith.”

“Both as an ideology and as a network it has been a rite of passage for some individuals and groups who have gone on to engage in violence and terrorism,” Cameron said, describing the Brotherhood as “deliberately opaque and habitually secretive.”

The review also referred to the group’s official stance on armed radicalism. While the Brotherhood declared its opposition to Al-Qaeda, the review criticized the group for not denouncing the intellectual production of Sayed Qutb, the renowned Brotherhood thinker whose work has been cited as being key to the ideology of such groups.

The review also highlighted contradictions in comments from Brotherhood leaders in Egypt, citing recent statements indicating a rift in the group’s leadership. “Media reports and credible academic studies indicate that in the past 12 months, a minority of Muslim Brotherhood supporters in Egypt have engaged alongside other Islamists in violent acts,” it claimed.

Cameron added that the group’s activities and organizations in the UK would be on the radar, to ensure they function according to the law and that charities linked to the organization will continue to offer charitable activities and not to finance the Brotherhood itself. In addition, the UK government will not issue visas for any Muslim Brotherhood members who publicly express extremist views or ideas.

The European Union’s asset freeze on Hamas will reportedly continue, along with scrutiny of the ideas and activities carried out by Brotherhood members oversees.

Cameron commissioned the long-awaited review in 2014 in order to examine whether the Muslim Brotherhood poses a threat to Britain’s national security.

The scope of the review, according to the UK government, included detailed research into the “origins, philosophy, activities, records in and out of government, its organization and activities in the UK and abroad.”

Senior non-resident fellow at the Atlantic Council and the Royal United Services Institute in London, H.A. Hellyer, explained to Mada Masr that in its attempt to meet diverse political demands, the review’s findings wouldn’t satisfy anyone.

“The Brotherhood won’t be banned or prescribed as a terrorist group, but it has been defined as being linked to extremism. The former won’t satisfy Egypt or the Emiratis, and the latter will anger the Brotherhood,” he explained.

But the findings will place unprecedented scrutiny on the group’s activities in the UK, Hellyer added.

“The policy implications are not directly clear. Certainly, there is more scrutiny on the group than there has ever been in the United Kingdom in its history, but that has been going on irrespective of the review,” he said, adding, “As the broader political arena is more concerned about extremism than it has ever been, the Brotherhood is going to come under greater pressure — even if it is just limited to public messages from the government.”