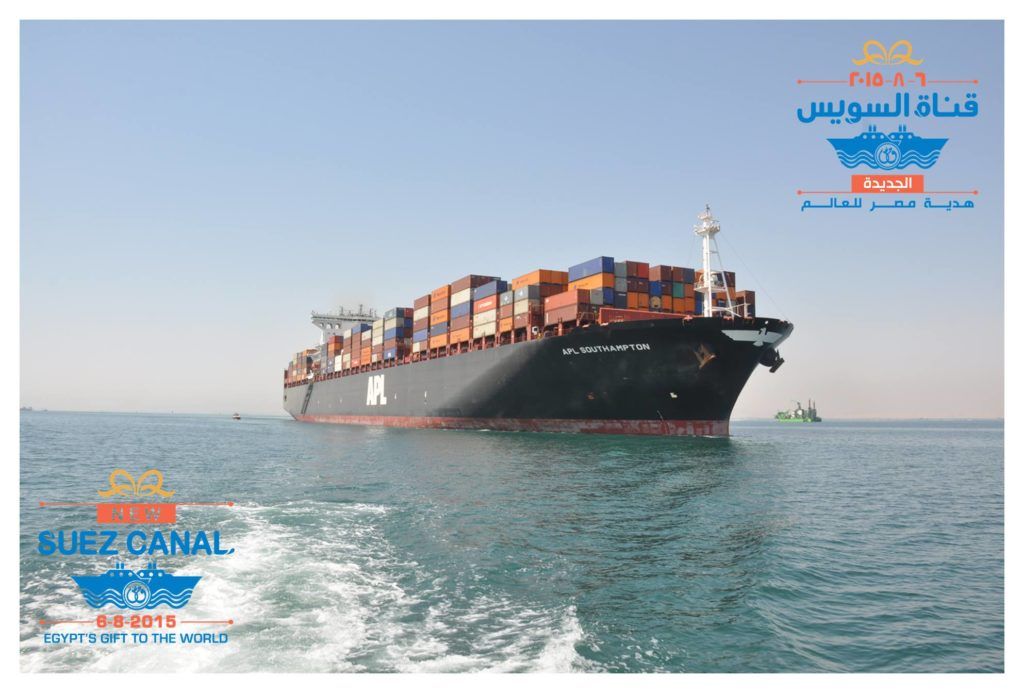 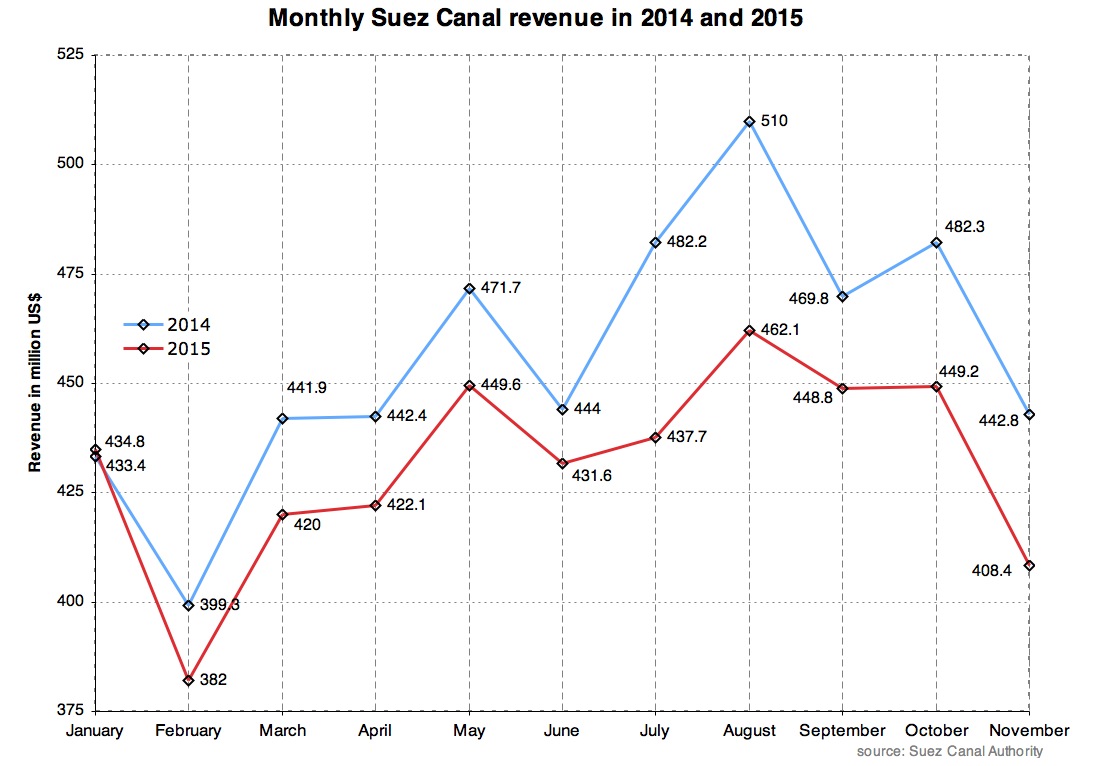 Suez Canal revenues declined to US$408.4 million in November, posting year-on-year declines for the tenth month in a row. During the same month in 2014, the canal brought in $442.8 million, according to data released by the Suez Canal Authority.

The decline in traffic comes despite a major canal expansion project that was completed in August.

In launching the expansion project Egyptian officials predicted Suez Canal revenue would grow to US$13.5 billion per year by 2023, compared to just under US$5.5 billion in 2014.

Economists and shipping experts cautioned that a rise in canal traffic would be dependent on steady economic growth leading to increased global shipping traffic.

Instead, shipping traffic has been in a decline this quarter, a trend industry experts tie to slowing economic growth in China and a general fall in demand for industrial raw materials in developing economies.

According to Egyptian Prime Minister Sherif Ismail, Saudi Arabia committed to boosting Suez Canal traffic as part of a support package agreed on during this week’s meeting of the Egyptian-Saudi coordination council. Ismail did not specify how this goal will be achieved.