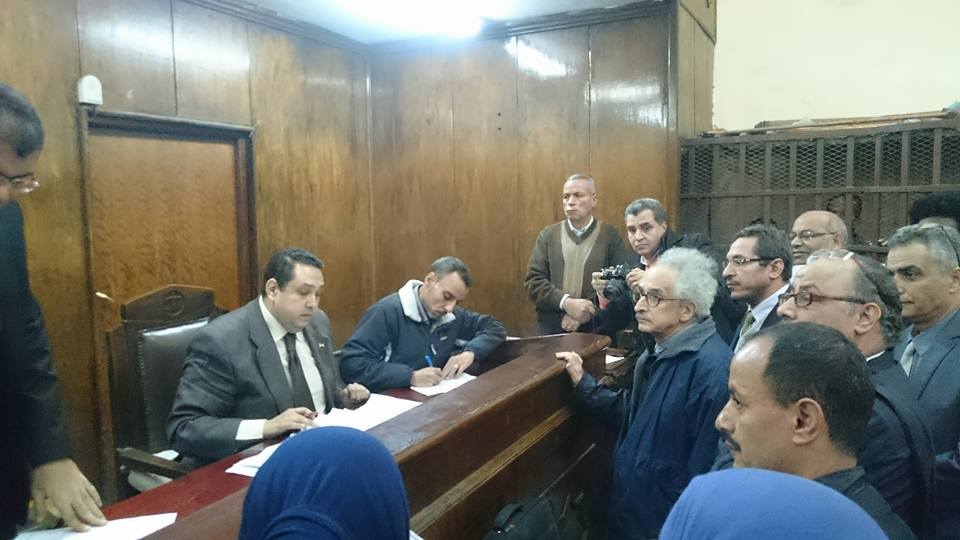 The trial of novelist Ahmed Naji and chief editor of Akhbar al-Adab Tarek al-Taher was adjourned until January 2 for a final verdict, the Association for Freedom of Thought and Expression (AFTE) reported Saturday.

The text in question is a chapter of Naji’s novel, Istakhdem al-Haya (The Use of Life), which was serialized in Akhbar al-Adab.

Both Naji and Taher have been accused of publishing sexually explicit content that harms public morality. They will be tried according to Law 178, which penalizes artists, publishers or distributors for content that defames public morals, and carries a sentence of up to two years in prison and a fine of between LE5,000 and LE10,000, according to Naji’s lawyer Mahmoud Othman.

The prosecution asserted “the defendant went too far with his intellectual abnormality by describing sinful sexual relationships using terms that turn humans into animals that chase after their desires,” according to AFTE. The prosecution also encouraged the upcoming parliament to enforce stronger punishments for “violating public decency.”

The lawyers who raised the case demanded the defendants be given the maximum penalty, because “we live in a society that doesn’t accept publishing such language in a state-owned newspaper.”

Salamawi defended Naji’s position, explaining that there are many literary works that are completely imaginative and creative. Some artistic sculptures expose nudity that isn’t acceptable in real life, he added, but might be acceptable as art, according to eyewitnesses who reported from the court.

The prosecution asked witness Sonallah Ibrahim to read the text out loud in court, but Ibrahim replied that every piece has its own context and not all are supposed to be read aloud in public.

A campaign was launched by fellow artists in solidarity with Naji and Taher, as the hashtag #ضد_محاكمة_الخيال (against the trial of imagination) trended on Twitter. Users slammed what they called a crackdown on freedom of expression and creativity, asserting that such literary works should not be taken to court.

One user wrote, “What the prosecution said today in defense of the people was never said against a police officer torturing people to death, for example.”