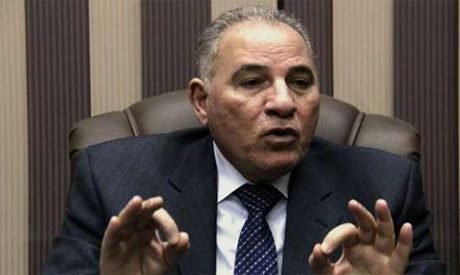 Foreigners seeking to marry Egyptian women 25 years or more younger than them are now required to buy LE50,000 of investment certificates, the Justice Ministry decreed on Tuesday.

This requirement has been in place for decades, according to deputy Justice Minister Mamdouh Dabousha, who told the privately owned Al-Shorouk newspaper the amendment has only increased the sum of the investment certificates, which are required to be in the bride’s name, from LE40,000 to LE50,000.

Gawaher al-Taher, a lawyer with Center for Egyptian Women’s Legal Assistance (CEWLA), criticized the decree, arguing it is a form of trafficking.

“The amendment has merely increased the price of the bride,” Taher told Mada Masr.

Taher said the organization has dealt with many cases concerning women who were married off to Jordanian citizens and forced to work as prostitutes or in bars in Jordan. As a result of the organization’s work, there are over 70 women who have managed to return and are trying to get a divorce, she adds.

A law passed in 1973 set the conditions for foreigners to marry Egyptian women. Although it officially stipulates that the age gap between partners cannot exceed 25 years, exceptions can be granted by justice ministers, which is when the fine is implemented.

Nehad Aboul Komsan, head of the Egyptian National Council for Human Rights, told Al-Tahrir newspaper that she supports the new amendment, arguing it will discourage foreigners who want to marry younger Egyptian women for “a couple of nights of pleasure.” However, she suggests the fee should be higher.

But Taher argues that if Justice Minister Zend really wanted to combat this phenomenon, he would set more conditions for marrying foreign men and prevent marriage under a certain age.

“There are some women who divorced their foreign husbands, but are unable to bring their children back to Egypt,” she adds. “Where is the Justice Ministry when it comes to that?”

She cited other pressing issues such laws should tackle, such as domestic violence and inter-religious marriages.

Cases of parents selling off their young girls to wealthy foreigners are not uncommon in Egypt. In 2010, a criminal court convicted a broker, a Saudi businessman, a lawyer and the victim’s parents of sexually abusing a child. The parents were given a suspended sentence of one year in prison, the lawyer was sentenced to two years, while the Saudi man and the broker were both sentenced to 10 years in absentia.

The broker and lawyer had facilitated the marriage of the Saudi man to a 14-year-old girl, whose parents were paid LE10,000.