اقرأها بالعربية
I am talking about all of us: A letter from prison 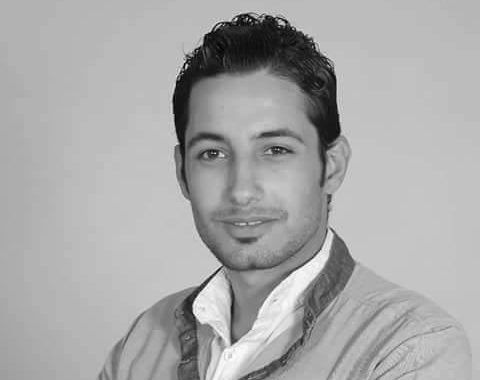 Two hundred days ago, security forces stormed a house in Santa (a district in Gharbiya Governorate) after midnight on May 24. They arrested a young man called Nour Khalil, a college student. He was led out of the house before security returned to arrest his father and his brother Islam, a sales representative.

They were taken to a place Nour didn’t recognize, then security forces separated the three men — the moment when their fates diverged, according to an Egyptian Commission for Rights and Freedoms statement and Nour’s own testimony.

Nour was accused of taking part in illegal protests and released after four days. His father followed after eight days. During that time, their family filed reports with different authorities to find out where they were. They got no response.

Islam’s fate remains unknown, and until 80 days ago, so was his place of detention. He was forcibly disappeared for 122 days. His family was certain that Islam was detained by security forces, but no official entity would confirm this.

Islam first reappeared on September 24 at the East Alexandria Prosecution. He was remanded in custody pending investigations into charges of belonging to an outlawed group. His pretrial detention was most recently renewed on November 26.

He says he has been repeatedly tortured and his health is declining, claims corroborated by his brother.

Today, we publish a letter sent by Islam Khalil from his jail after 200 days of detention.

We go through different experiences in our lives. Sometimes we have no hand in what happens. It’s the place, time and circumstances that force us into these experiences. As we go on with our lives, they fade, leaving only memories that parade before our mind’s eye every now and then. But some experiences are difficult to forget. Some of them become infinite temporal holes where we fall, never to emerge except when we exit life.

For the 200 days leading up to writing this letter, I have lived and continue to live the worst experience of my life, the worst experience for any person who must endure this. I want to share with you the main chapters of my story. Perhaps there is an ear that can listen, or a sane voice that can speak. Or maybe it will be an outlet, allowing me to retain what is left of a humanity wasted by this experience, uncontainable in hundreds of pages or thousands of words.

My experience started on May 24, 2015 when my family and I were surprised by masked security forces from the Interior Ministry storming our house. They arrested me, my father — an aging man who gave the best part of his life and health to serve this nation in the military — and my brother Nour, the college student who spends his time between university and human rights work.

We were led blindfolded to the National Security Agency offices. It was my first time to “visit” this place, to start a new chapter of my life in my own country. It was my introduction to torture — being electrocuted, hung from my hands and feet and blindfolded all the time.

My brother was released, then my father. I was certain that outside, my family was looking for me using all the methods at their disposal. I had hope that I would get out of this darkness, both literal and metaphorical. This hope started to fade when I was moved from the National Security building in Tanta to the Central Security Forces Camp.

The methods of torture were the same. The threats were the same. It was as if all the torturers had been raised in the same house. Days and weeks passed.

On July 9, 2015, I was moved from the camp to a new hell, a hell greater than the one I endured before. It’s called Lazoghly [a square in Cairo where the National Security Agency is headquartered]. Since the moment I entered, I witnessed nothing but the violation of my humanity. They used the same torturing techniques I had gone through before, with the difference that until then, those who tortured me had worried about killing me. But in Lazoghly, the moment you enter you have to forget your own name and remember only the number assigned to you. If you forget it, you will go through an additional torture session.

During that time, I became unable to distinguish night from day. Everything beyond the blindfold, placed on my face since the moment of my arrest, was the same to me. I wasn’t alone there. There were hundreds of us, distributed between offices and corridors. All of us blindfolded with our hands tied. The officer in charge comes every now and then to point at some of us. He calls to the guards, “This corpse here and that corpse there will leave tomorrow.”

Yes — in Lazoghly we are just numbers and corpses. What you encounter in this hell is nothing but torture. They might take me one night to hang me from my hands and feet, naked. Or I might spend a long time with my hands tied to a post. Or maybe they take me for an electrocution session. I can’t hear anything but threats: threats of rape and threats of being killed in the worst ways possible. All against a background of continuous insults. Your dream is to survive this place, to make it to prison or to the grave.

After 122 days of this never-ending hell, they “sympathized” with me. They framed me, along with a number of people who were randomly arrested like me, in a case in Alexandria. When we were deported to Alexandria, I saw light for the first time after 122 days of unending hell. Then I started living a new kind of suffering — the prosecution continues to renew my pretrial detention even though I presented all the legal papers that prove my innocence, proving that I am in fact a victim and not a suspect. And here I am, writing these words as I near 200 days in jail in my own country, not the enemy’s.

This experience placed me squarely before two questions. I can think of nothing else. The first is why. Yes, why was I arrested this way? Why was I forcibly disappeared? Why was I tortured? Why was I framed in a case despite their knowledge of my innocence? Why don’t judicial bodies serve justice? Why does the Ministry of Interior deny that I was forcibly disappeared by its forces for 122 days, suffering torture? In each chapter of my story, there are hundreds of whys. But there is no answer to these questions, except what one of my cellmates told me one day: “Because you’re Egyptian and you live in Egypt.”

The second question is how. I used to wonder after every torture session, how do these people live? How do they kiss their children every morning? How do they sleep at night? How do they forget all these scenes of torture? How do they live with being criminals in their own eyes and in those of others? How do they pretend that they are the protectors of this country? And who are we? Aren’t we the sons of this country? Why do they do this to us? More importantly, what amount of money could turn a human being into a monster?

Many questions swirl in my head as I near 200 days behind bars. Torture has marked my body with scars that have not healed. Their psychological effects increase by the day. I am still imprisoned. There are thousands like me. Hundreds still disappeared who face what I faced. What now? What after the murder, torture and unfair imprisonment? What comes after the theft of our humanity and our lives? I am not talking about me or about what happened to me, or about my time in prison tortured and without medical attention. I am not talking about the thousands who suffered what I have suffered. I am talking about all of us.

The story is not over yet. I just hope that this time we can write it ourselves rather than have it imposed on us.

Last but not least, don’t get used to the many stories of murder and torture, those that we now hear about day and night. Reject them. Make them something despicable and strange so you don’t lose what remains of your humanity. Don’t forget those who died, those never mentioned by the media. Don’t forget the forcibly disappeared, for you are their only hope. Don’t forget the thousands like me, who are paying the price of freedom with their own young lives. Attach value to these sacrifices so that our wounds can heal, and so we might all sit together and laugh one day. So long as we continue to talk and refuse, there is hope.