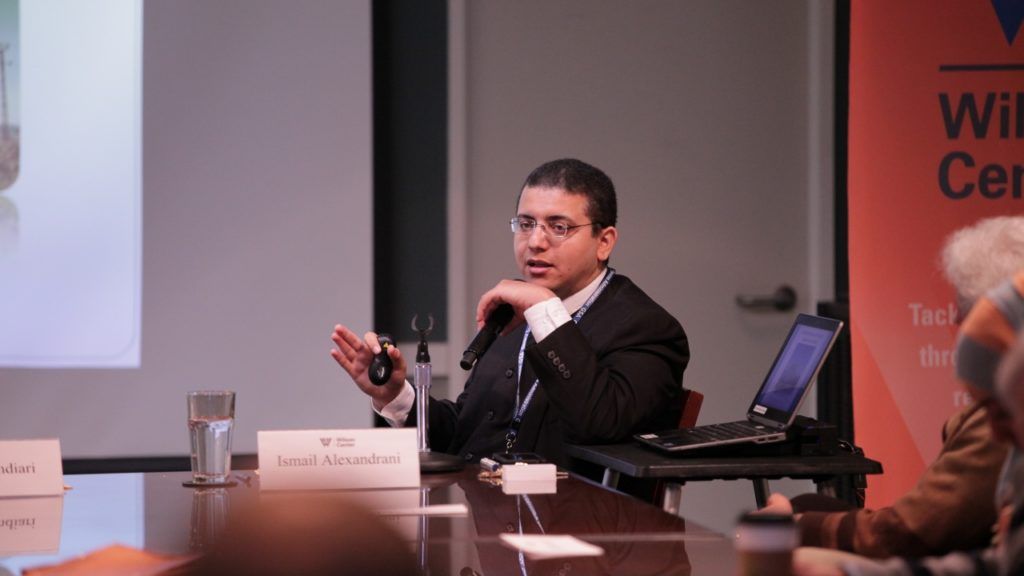 Detained journalist Ismail Alexandrani’s lawyers said they were denied entrance to the prosecution building where he was scheduled to be interrogated on Thursday, and filed a complaint of misconduct and mistreatment with the State Security Prosecution.

Security forces argued an x-ray machine had not yet been installed in the building to allow them safe entry, lawyer Ahmed Abdel Naby said in a Facebook statement. He had tried to attend the interrogation with defense lawyers Mohamed Baker, Khaled Ali and others.

An employee at the prosecutor’s office then said the interrogation would be postponed until Monday due to difficulties in transporting Alexandrani from his place of detention, Baker alleged in a statement on his Facebook page.

After negotiations with national security officers and prosecutors, the lawyers were allowed into the building to file a complaint.

On Monday, the investigative journalist and sociopolitical researcher was remanded into detention for 15 days pending investigations. He is accused of belonging to the outlawed Muslim Brotherhood and disseminating false information, according to his lawyers.

Alexandrani had flown in from Berlin, where Gaafar alleges the Egyptian embassy had issued the warrant for his arrest, accusing the journalist of collaborating with international rights organizations.

Embassies are not authorized to issue arrest warrants, human rights lawyer Gamal Eid told Mada Masr, but they do send reports on the activities of Egyptians abroad to local authorities that can result in disciplinary action.

Amnesty International issued an urgent call for action on Thursday asking people to write letters exhorting the general prosecutor, the presidency and the Foreign Affairs Ministry to release Alexandarani.

The Amnesty statement argued that Alexandarani is being targeted for his criticism of the authorities in his academic and journalistic work.

Alexandrani’s journalistic work is often critical of government policies. Recent articles in the Beirut-based newspapers As-Safir Arabic and Al-Modon called the new Suez Canal a delusion, critically addressed the state’s war on Sinai-based militants and used local sources to report details on the army’s battle with militants in the Western Desert.

Even though he knew he risked arrest, family circumstances had compelled Alexandrani to try to return to Egypt anyway, his friend and fellow journalist Ahmed Sakr wrote on Facebook. He tried to avoid the heightened security that comes with a direct flight from Turkey — where he went for academic reasons — by flying in via Germany, Gaafar told Mada.

Alexandrani contacted his family and friends from the Hurghada airport after his passport was confiscated, Sakr said, but since then his phone has remained switched off.

The journalist was previously in Berlin in October to give several lectures, according to his wife. He moved to Turkey after living in the US on a Woodrow Wilson Fellowship from February through July.