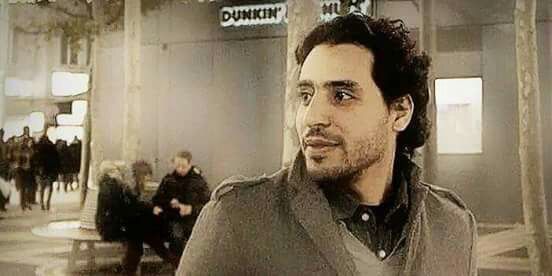 The family of Ahmed Saeed, one of 13 detainees arrested on the fourth anniversary of Mohamed Mahmoud, is bracing itself for Saeed’s next hearing before the prosecution on December 6.

“Legally, he is supposed to be released,” his sister Lamia told Mada Masr. “But given the way they operate, I know they will extend his detention.”

Saeed was arrested following a peaceful rally on November 19 to commemorate the anniversary of the Mohamed Mahmoud Street clashes with police in 2011.

The demonstration was held on a sidewalk along the 6th of October Bridge, involving around 100 young protesters.

Nine of the 13 are held at the Qasr al-Nil Police Station near downtown Cairo, while the remaining four are being held at Abdeen Police Station. Both groups were ordered to be released on LE10,000 on bail for the former and LE3000 for the latter. However, the prosecutor appealed the decision and ordered their detention for 15 days pending investigations.

The group is charged with protesting without permission, taking part in an illegal assembly and obstructing traffic.

Saeed was arrested with another one of the detainees an hour following the protest, his sister said, at a coffee shop in Abdeen. He was added to the case alongside the other protesters in Abdeen.

Lamia said that, unlike the Qasr al-Nil protesters whose posters and slogans were confiscated, those detained at the Abdeen Police Station did not carry anything to prove they participated in the protest.

She explained that Saeed and his friend were arrested by plain-clothed policemen who searched them and looked through his friend’s phone, including his Facebook account.

“They reassured Ahmed that they will just run a background check on him and let him go,” Lamia said. “But obviously they know who he is,” she added, explaining that he was involved in several protests before, such as Mohamed Mahmoud, and volunteered in field hospitals.

“There are pictures of him all over the place,” she said, adding that he hasn’t been active in any protests since June 30, however.

Saeed disappeared for 12 hours before his family located him at the Abdeen Police Station.

The 33-year-old surgeon and poet is detained in poor conditions in a 2 meters square room with 20 other detainees, his sister said.

She said that they see him every day for only a few seconds as they drop off food and other items at the Abdeen Police Station, but are unable to talk to him.

Working as a surgeon in Germany, Saeed was only visiting Egypt for a month to finish some paperwork related to his marriage to a German national.

His German fiancée, who prefers to remain anonymous, also said that she is worried about Saeed’s fate.

“We’re not trying to do anything bad,” she said. “We’re just trying to go on with our lives.”

The clashes on Mohamed Mahmoud Street — which leads to the Ministry of Interior from Tahrir Square — erupted on November 19, 2011, when police forces sought to forcefully disperse protests in Tahrir Square.

Clashes between protesters and police lasted for several days and nights, and resulted in the death of over 40 people, while well over 1,000 others were injured, many of whom were shot by a notorious eye sniper.

On the first anniversary of the Mohamed Mahmoud clashes in 2012, further violence erupted, resulting in more deaths and injuries.