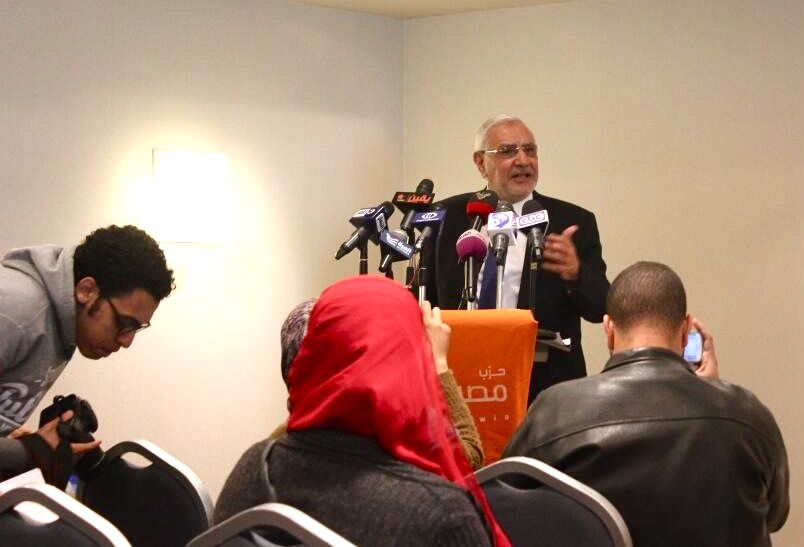 Founder of the Islamist Strong Egypt Party and former presidential candidate Abdel Moneim Abouel Fotouh demanded that authorities investigate the abduction and torture of his personal driver, according to a statement posted on his official Facebook page on Tuesday.

Abouel Fotouh reported the disappearance of his driver Mostafa Abdel Ghany on Sunday morning near Abouel Fotouh’s office. He said that he holds the authorities responsible for Abdel Ghany’s safety.

Abouel Fotouh claims that Abdel Ghany was released on Monday night after being subjected to severe torture, including electrocution that resulted in loss of speech. He blamed Abdel Ghany’s abduction on an “unknown security body.”

“The honest Egyptian citizen who makes an honest living, Mostafa, who works with me, was released after his abduction by a security apparatus and his subjection to brutal torture for 36 hours,” Abouel Fotouh wrote on his Twitter account.

Abouel Fotouh has been one of the most vocal opposition political figures to the current regime.

Abouel Fotouh was a leader in the now banned Muslim Brotherhood. He left the group in 2012 and ran in the presidential elections against the group’s candidate, deposed President Mohamed Morsi. The Strong Egypt Party has announced its boycott of the current parliamentary elections, citing the state’s bias toward a certain candidate and its destruction of political life.

Recently, Abouel Fotouh has denounced state practices through his social media accounts, including forced disappearances and torture, saying that these methods are fit for street gangs and bring shame to the state.