FestBeat: What counts as a documentary film? (day 6)
By
Nour El Safoury 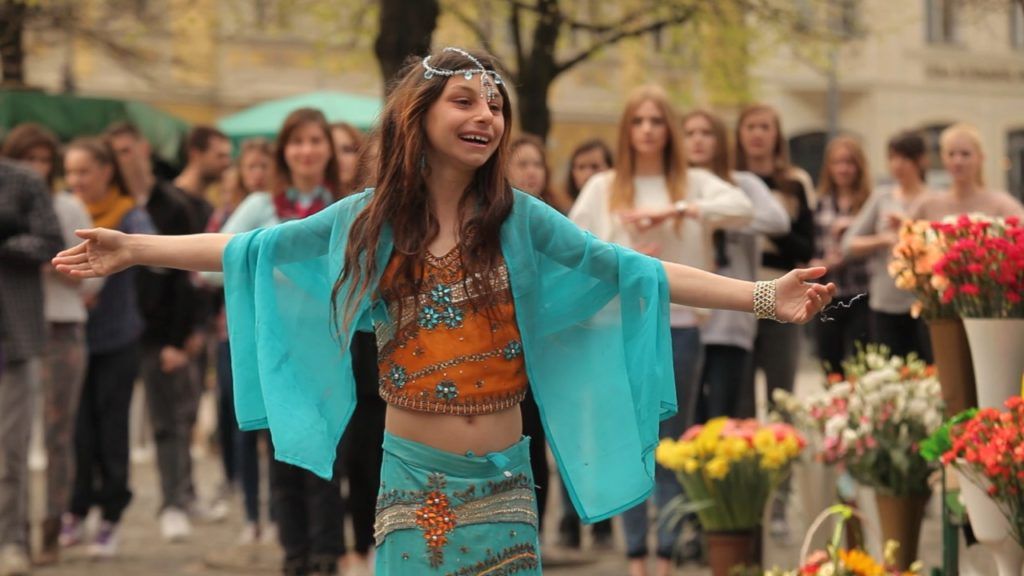 When the film cuts to the dance routines or when action is shown in slow motion, the truth of the documentary image is put under scrutiny. These scenes are clearly staged for the camera. Several people in the audience yesterday were bothered by the film’s obvious creative liberties, which are usually associated more with fiction than documentary. Some questioned whether Queen of Silence could be thought of as a documentary film at all.

But discussions around the truth of the image and the extent to which filmmaker and camera influence the people and places filmed have a long history. Two big movements in documentary filmmaking — Europe’s cinema verite and America’s direct cinema — differ mostly because of their ideas about where the truth of the documentary image lies and what documentarians need to do to get at such truth. Should filmmaker and camera disappear like a fly on the wall, or should they probe and ask questions? We all know that people perform for the camera, any camera, even if they don’t acknowledge it.

A little while back I read Elizabeth Donnelly’s Is Documentary Film Entering its “Creative Nonfiction” Phase? on Flavorwire. She zeros in on reenactment as the key difference between creative non-fiction films and arguably “classic” documentaries. Creative documentaries are more overt about their interventions in the worlds they film. Queen of Silence is a creative non-fiction film. It freely uses the storytelling tools of fiction film, from editing to camera work, in order to tell a more compelling story.

In Queen of Silence, the filmmakers’ interventions, manipulations of the image or the world of Denisa are aimed at heightening the images’ affective impact. As Denisa is deaf, her sensorial navigation of the world is quite special. Through a playful mix of noise and silence, the film creates a soundscape that is similar to Denisa’s own aural engagement. Denisa’s fascination with Bollywood is a fascination with how her own body moves in space, brushes the air. There is an interesting tactile quality to the film’s visuals.

I think the importance of any film, regardless of genre, is increasingly equated with the extent to which it emotionally affects the viewer. The current innovations in creative non-fiction films come out of this approach, whereby the power of documentary to engage us emotionally becomes the main focus or aim. I am not sure what I think about this, but Queen of Silence points at a growing mindset among filmmakers.

Among other themes, such as labor and immigration, the theme of disability runs through the selection of films for this year’s Panorama. Make sure to check out the great Nicholas Philibert’s In the Land of the Deaf (1992), which also offers the viewer a powerful sensorial experience of deafness but through a classical observational documentary style. Philibert is expected to attend today’s 3.45 pm screening at Zawya of his 2002 documentary To Be and to Have for a Q&A. Queen of Silence screens again on December 2 at 10.30 am at Zawya and today at 3.45 at Cinema Karim.

The Panorama of the European Film screens through December 5. See the full program here, our brief guide here, and all our film festival blog entries here.

Topics
Related
8th Panorama FestBeat
FestBeat: Storytelling vs. the state at Panorama (day 5)
Nour El Safoury | Queens of Syria is a phenomenal film that is very much worth experiencing.
8th Panorama FestBeat
FestBeat: Thinking through Panorama’s programming (day 2)
Nour El Safoury | I started wondering if we burden the image too much, ask it to do more than it can when thinking about
documentary
Three takes on Um Ghayeb
Rowan El Shimi | Um Ghayeb is a deeply moving and engrossing portrait of Hanan, a woman from a countryside village near
activists
‘The Infiltrator’: Shedding light on the invisible hands
Heba Afify | Mohannad Galal has infiltrated the lines of state-serving civilians, seen aiding the military and police