On the bankruptcy of fusion and how musical innovation really happens 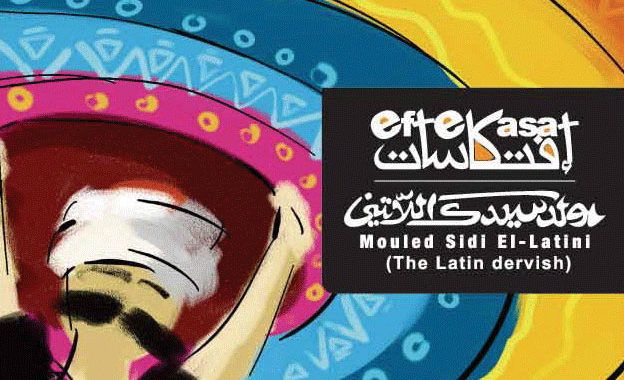 Types of music evolve over long periods as a result of migration, the integration of separate cultures, or through an intimacy with specific conditions. These processes, and the results, have often clashed against a wall of “authenticity,” which in general is merely a conservative trend that aims to isolate a heritage from what preceded it and what might follow it.

In a previous article, I tried to re-define authenticity beyond this conservativeness to arrive at what defines authentic innovation. I suggested that “authentic heritage” did not spontaneously come to be, but is itself a result of accumulation and a merging or integration of different music. But what are the standards for the quality of this merging? And is every attempt to merge or fuse good and innovative?

Since the mid-20th century, it’s not unusual for a European artist, for instance, to go east, become influenced by East Asian music, and attempt to learn and play it without changing or reformatting it within their own music, thus making its source unclear. Today, a musician does not have to travel to learn about a different culture or music to later play to home audiences in large venues. A musician no longer has to spend much money to record music either. The value of direct contact has changed. We’re now in the age of the “bedroom artist,” who is capable of absorbing the music of different cultures, playing and recording it without having to go out or own a musical instrument. This openness and ease of access has its share of negatives, one of which is “world music,” which is monopolized by opportunistic production companies that market music as exotic pop yet contradict this with the claim that music knows no borders. If such categorizations have harmed anyone, it is the musicians overtaken by this market, because it has violated their privacy, distorted their music and diminished its artistic quality by classifying it as exotic.

From here emerged fusion, which depends on mixing simplified musical forms and compositions from two or more unrelated musical genres, as a musician tries to force them onto one another, creating a disfigured, flat product or collage of sources. Fusing two genres does not result in the creation of an innovative product or genre, and the two genres remain distinct (the results of these forced attempts do not tend to last long, even if they succeed commercially).

Fusion frequently takes the form of combining oriental and western instruments – Sufi chants with electronic music or rock, for example. These attempts completely overlook that the way singing evolves in a specific location is closely tied to the language of that place (as both Hungarian composer Béla Bartók and American composer Steve Reich have explained). They also overlook the relationship between instruments and the music played on them – so they force oriental instruments on rock music without manipulating their sounds or place them against a background of electronic dance music (EDM) as a gimmick. Some western artists attempt to mix African or Asian instruments with an orchestra, injecting them into the concerto format without re-thinking their use or changing the orchestra’s features.

Playing and composing music that originates from different cultures is not in itself shameful or diminishing. As I said, it has become ordinary. But to merely add a vocal sample from Oum Kalthoum, folk music or a mawwal, and repeat it continuously over dance music, such as dubstep or house, is neither creative nor innovative. Nor is playing oriental melodies with western instruments accompanied by a hybrid Arabic vocal line. The separate units are already familiar to listeners’ ears because they have been played and heard before. In my opinion, merely combining them amounts to lazy opportunism (fusion is easy now because of the wide availability of audio sampling devices and digital programs used in pop, dance and hip-hop).

It has also become normal to sing Arabic lyrics with an English or American accent or intonation. This is a clear quality of songs by Mashrou’ Laila, Kayan, Sharmoofers, Cairokee and other Arab rock bands, as well in Arabic hip-hop containing culturally specific “Black” American intonation, a parallel attempt to a singer of English lyrics using vocal ornamentation (orab) in rock songs – although this is rare because orab has a close relationship with the Arabic language and its articulation. This superficial fusion can be useful in a comic context, such as in the song Sponsor, in which a singer from a Gulf country mimics the accent of an Indian living in the Gulf.

Fusion musicians cite the same argument put forward by international music companies: music knows no borders and cultures. But the obsession with this idea often results in a neglect of creativity, and ignores the value of innovation – even highly technical music, that transcends or merges cultures, can be artistically weak.

Cultural appropriation and its role in music

Long-term cultural appropriation plays a central role in music’s evolution by introducing new sounds that can be seen as constituting real and creative additions. It’s different from fusion. Appropriation taking place over a long time includes influence, adoption and conscious and unconscious borrowing through exposure to other cultures. Heavy metal’s roots, for example, go back to jazz and blues, which in turn derive from ragtime. Blues influenced rock and roll, and rock and roll influenced all kinds of rock, while rock influenced heavy metal. This process wasn’t sudden or forced. Similarly, EDM was heavily influenced by the shapes and compositions of minimalist music.

As for appropriation resulting from migrations, this can be seen in the example of drum and bass, which spread in the 1990s having been developed by a generation of musicians whose Jamaican parents arrived in the UK after the Second World War. Jamaican reggae was manipulated through dubbing in the UK, and then took a different form when sampling devices were introduced in the late 1980s, producing jungle, a genre mainly dependent on reggae singing styles and breakbeats. With the emergence of digital programs such as Recycle, which allows the manipulation of beat samples, this music opened a wider door for the development of other musical forms. This is how drum and bass was introduced, spreading among British listeners and playing a big role in the development of EDM, big beat and dubstep later on.

But innovation is not always indebted to a mixing of two or more cultures. The evolution of European classical music, for example, was directly related to the way in which playing techniques, theories of music, existing instrumentation and the introduction of new instruments evolved. This development is evident in the gradual transformation of renaissance music into serialism, passing by the baroque, the classical and later the romantic, impressionist and expressionist eras. Excluding a few examples, such as the influence of gamelan music on Claude Debussy or of folk on Bartók and Leoš Janáček, the evolution of western music did not result from the exposure of cultures to one another or out of cultural appropriation.

With the emergence of minimalism in the mid-1960s, European music in the traditional sense ceased to exist. Here, Reich’s role and his minimalism become a model of cultural appropriation without intrusion. Reich was influenced during his travels by Ghanaian music and Asian gamelan music. European music, many critics believed, had reached a state of self-saturation and to break out of it, it would have been possible, easy even, for Reich to fuse European and Asian music through an orchestra-accompanied “gamelan concerto,” for example. But Reich embarked on a more difficult, creative road. He borrowed from the concepts, compositions and structures of African and Asian music, yet maintained his own voice, style and instruments. He also used the technology of his time. Reich re-interpreted what he borrowed from other cultures and treated it differently from the original, producing a new and unique voice that shows his own creativity and distinct imprint.

We find here parallels to the progress of Oum Kalthoum and her music, from small-scale venues in which a limited number of instruments where used to massive concerts on stages where she was accompanied by a large band, closer in its composition to a western-style orchestra (which happened with the influence of Mohamed Abdel Wahab). Oum Kalthoum did not fuse oriental and western music. Instead, she developed her music by borrowing, externally, the idea of music distribution from the west. She maintained her instruments, singing style and oriental melodies in order to produce a new voice and authentic music.

Music that stems from cultural appropriation, in contrast to fusion, is produced spontaneously, assisted by elements from two or more kinds of music to produce a new sound capable of creating space for a new kind of music.

As a result of technological developments and the Internet, the process of appropriation, which used to take place over years and decades, is now possible over a year or a month. Perhaps the emergence of mahraganat is the nearest contemporary example to that of Reich’s minimalism. The origins of many mahraganat musicians were saturated with American hip-hop influences. They could have simply fused rap with colloquial Egyptian Arabic over a background of pop music or US hip-hop, but in a rationale similar to that of Reich, they only externally borrowed from hip-hop, such as in the employment of audio samples, rhythmic interludes, sound effects and a digital recording program. The result was not an Arabic hip-hop fusion, but a new kind of music that appropriated elements of hip-hop and moved pop or shaabi music to a new area with a new voice. Herein lies its authenticity.

Authenticity advocates continue to insist on clinging to the past, holding nostalgically onto a sound and attempts to revive it. Meanwhile, after the elimination of geographical and cultural barriers, the creative process can take one of three routes. The first leads to the recycling of one culture’s music by musicians from another culture, an understandable matter in a context in which a musician can continue on the path of a culture that has influenced him or her. From here, musical products accumulate and may lead to the music’s development or a new kind of music. The second is fusion, a swift and easy path that flattens musical forms. The third results from spontaneous cultural appropriation, borrowing elements from different types of music, leading to original voices and laying foundations for new kinds of music.

This article was originally published in Arabic on Ma3azef.

AD
You Might Have Missed
Where do old lesbians go to die?
Mugamma revisited: Reimagining the building and the square
What we talk about when we talk about trees
Carbon Colonies & A Green New Deal
AD
Rami Abadir
9 articles on Mada

Topics
Related
Alaa Fifty
Salute the Parrot: Fantasy of the real
Kinda Hassan | "I feel that the musicians and audience are light years ahead of the institutions." Kinda Hassan talks
Abdel Halim Hafez
Searching for new sound: Serious music and redefining authenticity
Rami Abadir | Redefining "authentic music" as serious music capable of introducing a new sound expands the scope of
electronic music
Everybody’s a producer in Cairo
Habiba Effat | It wasn’t always this way: 15 years ago, the alternative music scene was dominated by guitar-based
100Copies
Band of the week: Islam Chipsy
Maha ElNabawi | Islam Chipsy is the star. If you’ve ever seen him in action, it’s not hard to understand why.