Waiting For Autumn (Joud Said, 2014) got a standing ovation when I attended. Like so many others, I was blown away by it. Screening as part of the Arab Horizons competition, this film is masterfully made.

I was unable to go to the 9.30 pm screening on Tuesday where Rabab Ayoub, one of the film’s producers, read a letter from the director. Said, who now resides in France, was unable to enter Egypt for visa-related issues. Fortunately, though, some websites have published the letter. You can find it here (in Arabic) on Said’s personal Facebook page. Just like the film, the short letter is highly quotable, so I will quote most of it here.

“And I apologize again, an airplane can’t carry my identity to you anymore, my identity is overloaded with blood and bullets,” he starts. “Maybe it’s become a load with all the pain it carries.”

But “cinema people are people of memory, they don’t forget. In 2009 while making my first movie, Once Again, a technical difficulty occurred in Damascus because of which we almost failed to finish shooting. Cairo said, ‘welcome.’ I remember the road between the airport and the studio, carrying my 29 years of life and dozens of film cans in a simple taxi whose driver giggles loudly as I tell him he is carrying hundreds of shots with no copies of them. We leave and Cairo only says, ‘welcome,’ and we are back again in 2010 with Once Again to participate in Cairo film festival, and Cairo doesn’t stop saying ‘welcome.’

“Thanks to Egypt, thanks to the festival and those who are curating it,” he says, zooming forward to the present, “for receiving my third movie and allowing it the right to have a voice and show its identity. Freedom is indivisible, it’s either for everybody or for nobody, and we want it for real and for everybody with no exceptions. I entrust you with our souls on the screen with hopes of peace from Damascus to the whole world. Don’t forget us, we might die tomorrow or the day after and what is left of us is our memories, names and what you are about to see, Waiting for Autumn.”

“To a November sky that is less lethal and less unjust,” he finishes, “what you are about to watch is from our blood, the laughters of our pain and the smiles of those who are gone, our delicate, kind identity that won’t and wouldn’t do. We don’t die. If our bodies are absent, you are listening to now to the honesty of our voices and the right of the letters. Thanks Cairo Film Festival for insisting on our life.” 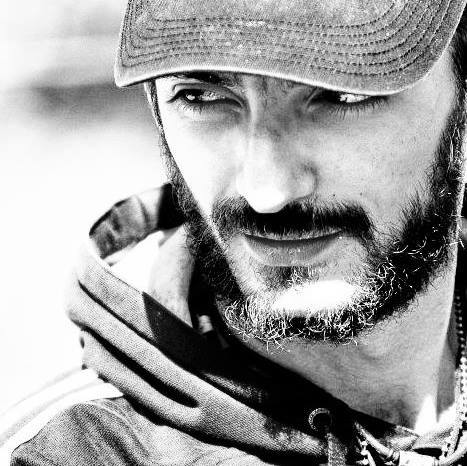 The practicalities of making this film are incredibly interesting. It was partly financed by the Public Institute of Cinema in Syria. However, and this is the interesting part, it is highly critical of so many aspects of Syrian life, including the government and the empty nationalist rhetoric it promotes whether in media outlets or in schools.

A small village centered around a school becomes the microcosm in which the events of the film unfold. Waiting for Autumn takes an allegorical approach to representing reality. When the absurdity of life becomes so hard to ignore, as in the Syrian crisis, there is almost no other option but to create satirical allegories in order to make sense of the world. Meaning in allegories is fluid, it ebbs and flows as signs and symbols become unfamiliar again. The use of a wedding dress in this film is one example of how allegories can unhinge old meanings and create new ones. There is optimism in that. It is a defiant refusal to give into a nihilistic attitude. Waiting for Autumn invites the audience to think, to create meaning with the images as they appear on screen.

It is such a powerful film on so many registers that I have to watch it again in order to write a proper review. But I can say that one powerful assumption seems to animate it at its foundation. At a time when verbal language in many Arab countries has been coopted by the empty, elitist rhetoric of intellectuals who use words to manipulate and pacify the masses, images retain their power to shock. They have the potential to move people to thought and maybe action. This is why films like Waiting for Autumn try to find a uniquely cinematic way of thinking unburdened by empty intellectualism or moralistic preaching. The image here is the start and end point of thought.

Today, disapproving critics quickly dismiss films that have characters or situations that contradict their own principles. They are too violent, have too many sex scenes, a lot of nudity and so on. Some people reply by telling them that this is the reality we live in, the film merely represents reality. I understand this point of view, but I think the question ought to be not whether or not a film represents reality, but how it goes about it, if this is what it wants to do. Why do we want films to represent reality?

Either way, the loaded question remains of whether we want films to be escapist fantasies that pacify people, or to shock, unsettle, move the audience to think differently so that they act differently. One character in Waiting for Autumn says (I paraphrase): “You are a lie, she is a lie, I am a lie. Everything is a lie.” Because the film takes an allegorical approach, it perfectly captures the unsettling blur between what is real and what is just a “shadow of a shadow,” as another character notes.

I think all the Arab films I have watched in the festival’s Arab Horizons competition are in some way or another wrestling with this question of how to approach “reality.” Waiting for Autumn is a sophisticated piece of filmmaking that must be shown again and again. Its connections with the situation in Egypt have not been lost on audiences. Waiting for Autumn is an occasion to think about and debate the absurdity of our living conditions today. It reminds us that thought is one powerful form of action.

The full schedule of the 37th Cairo International Film Festival is here, and tickets are available here, LE50 for 5, LE100 for 10.

AD
You Might Have Missed
Mugamma revisited: Reimagining the building and the square
What we talk about when we talk about trees
Where do old lesbians go to die?
Carbon Colonies & A Green New Deal
AD
Nour El Safoury
34 articles on Mada