Black smog in Cairo due to weather conditions, not burning fields: Environment Ministry
By
Mada Masr 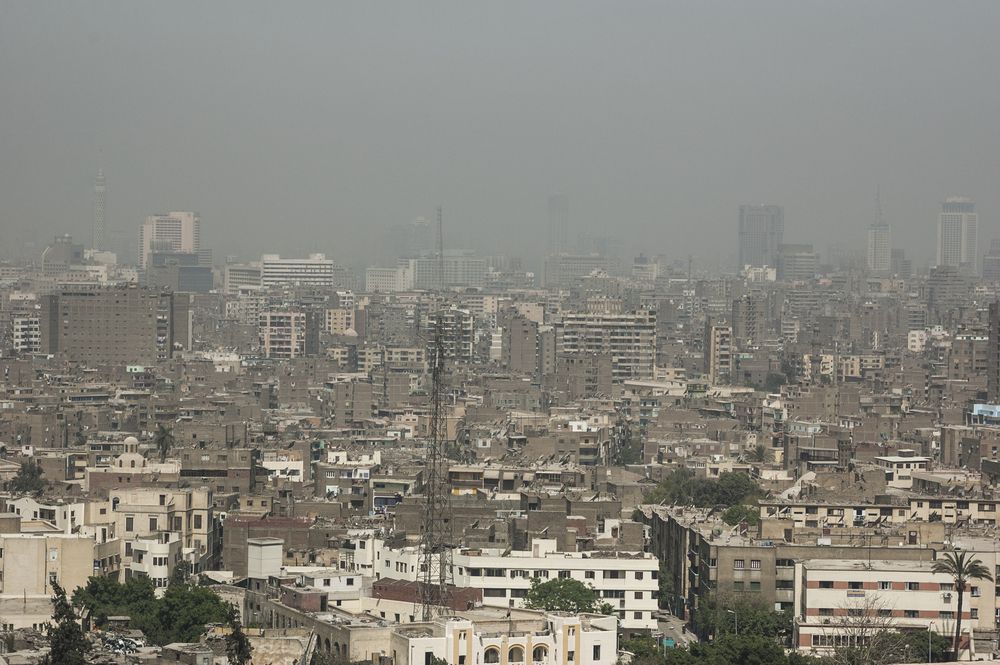 Cairenes were faced with haze, grey skies and the lingering smell of smoke on Sunday. Conditions were reminiscent of Egypt’s notorious “black cloud,” which blankets the Nile Delta region when farmers burn rice straw at the end of the harvest.

Residents of Cairo and other cities in the north of Egypt have long endured the annual phenomenon and the accompanying spike in respiratory distress and other health problems.

But the rice harvest is usually finished by early October, and cooler weather and autumn rains are generally expected to bring clearer skies, making Sunday’s climatic conditions an anomaly.

A monitoring satellite found no noticeable fires in agricultural areas, indicating that rice straw burning was not the cause of the smoke in the air this week, Environment Minister Khaled Fahmy said in statements dated Sunday and Monday.

Instead, a combination of high humidity, low winds and an overcast sky were to blame, trapping emissions and other pollutants in the air, he explained.

Effective humidity at Cairo International Airport reached 88 percent, according to the minister. Cool, moist air in the atmosphere led to the formation of a thick cloud cover. With little wind to keep the air moving, pollutants like nitrogen and sulfur oxides from vehicles, industry and other human activity reacted with the moisture in the air to form a thick smog.

To combat the poor air quality, Fahmy said Monday that he ordered emissions inspections at factories to be stepped up to “coincide with current weather fluctuations” and “preserve the health of citizens.”