Tips from the culture desk: Music and films for Cairo, psychogeography in Alexandria 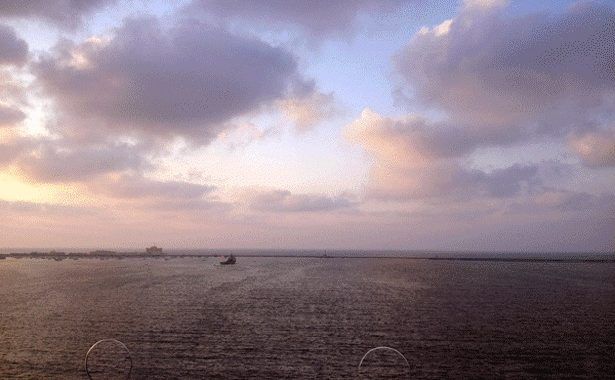 Perhaps the most unusual and therefore unmissable cultural event this week is a two-day tour through Alexandria led by visual artist Mahmoud Khaled. In Cairo, though, there is also the launch of a long-awaited book of international music writing, a concert with a solid line-up, and, of course, the 37th Cairo International Film Festival.

One of Cairo’s favourite alternative young female artists, Nadah El Shazli, is performing her live vocals and electronic set at Garden City’s ROOM. The singer songwriter is known for her leftfield electronics and is a frequent collaborator, with artists such as Mohamed Shafik (for Shorba) and Lebanese rapper El-Rass. Shazli launched her solo project in 2014, and has since performed regularly in Egypt and the region.

Ismail Hosny, one half of  Wetrobots and KIK, is also a solo musician and sound artist. At ROOM, Hosny performs a live set titled gbg.exp featuring work from his upcoming album of the same title. The set and album rely on the use of piano recordings, field recordings, raw data/digital noise and feedback, according to the artist.

For this two-day happening, Alexandrian artist Mahmoud Khaled is returning from his studies abroad to lead a psychogeographical tour using his own art education in Alexandria as a starting point. This exploration of once-spectacular, now neglected sites frequented by Alexandria University Fine Arts students stems from his ongoing research into state-run sites in the city, with their contentious political histories. Through readings, Khaled will consider the city’s significance for artists, writers and filmmakers and ask if the imaginary form of the city has now fallen into an endless loop of loss and nostalgia, melancholy and romanticism.

Curated by the prolific Omar Kholeif, who is just this month becoming senior curator at the MCA Chicago, and organized with Magda Magdy, the event is the final act of Christodoulos Panayiotou’s exhibition Two Days After Forever, at the Cyprus Pavilion at the 56th Venice Biennale, with its themes of memory and memorialisation, and the idea of Cyprus as a gateway to the global south.

November 16 (Antoniades Garden and the Zoo) and 17 (Mina al-Basal, the Boat Builders Workshop and the Cavafy Museum). Both days start at 10.30 am. A minivan picks up participants from Cecil Hotel, 16 Saad Zagloul Square, Raml Station, Alexandria, and transports them for the duration of the event. Participation is free but booking essential: [email protected]. 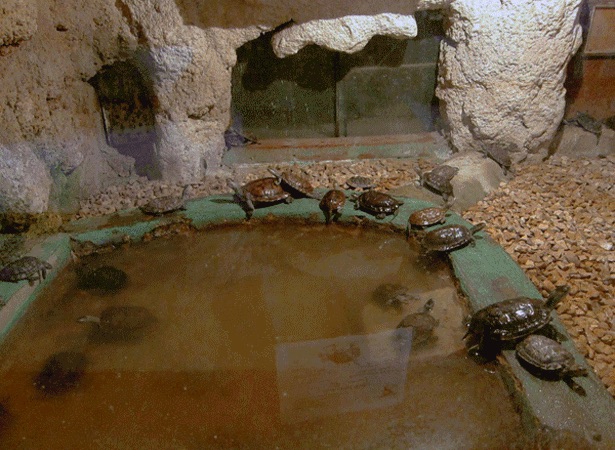 With nearly 200 essays compiled from music writers in 46 other countries, Seismographic Sound – Visions of a New World is an interactive ride through contemporary music from around the globe. The Norient is a self-proclaimed network for local and global sounds and media culture, with a lens zoomed into subcultural, often youth-driven music. For the book, Norient founder Thomas Bukhalter and his team of editors have collected a patchwork of stories ranging from “Punk in Bolivia and Indonesia, Electronic Music in Egypt, Underground Pop from South Africa and Nigeria, Rap in Pakistan, Serbia, Chile and Ghana, Seapunk and Vaporwave from the US, Post Digital Pop from the UK, Neuer Konzeptualismus, and much more.” The book also gives access to visual representations of the music presented in the text, and invites the reader to experience a fragmented YouTube playlist of music videos.

At the launch, musicians Rami Abadir, Bosaina, Yara Mekawei and Mada’s own Maha El Nabawi will join Bukhalter in a panel discussion (in English) about local music. 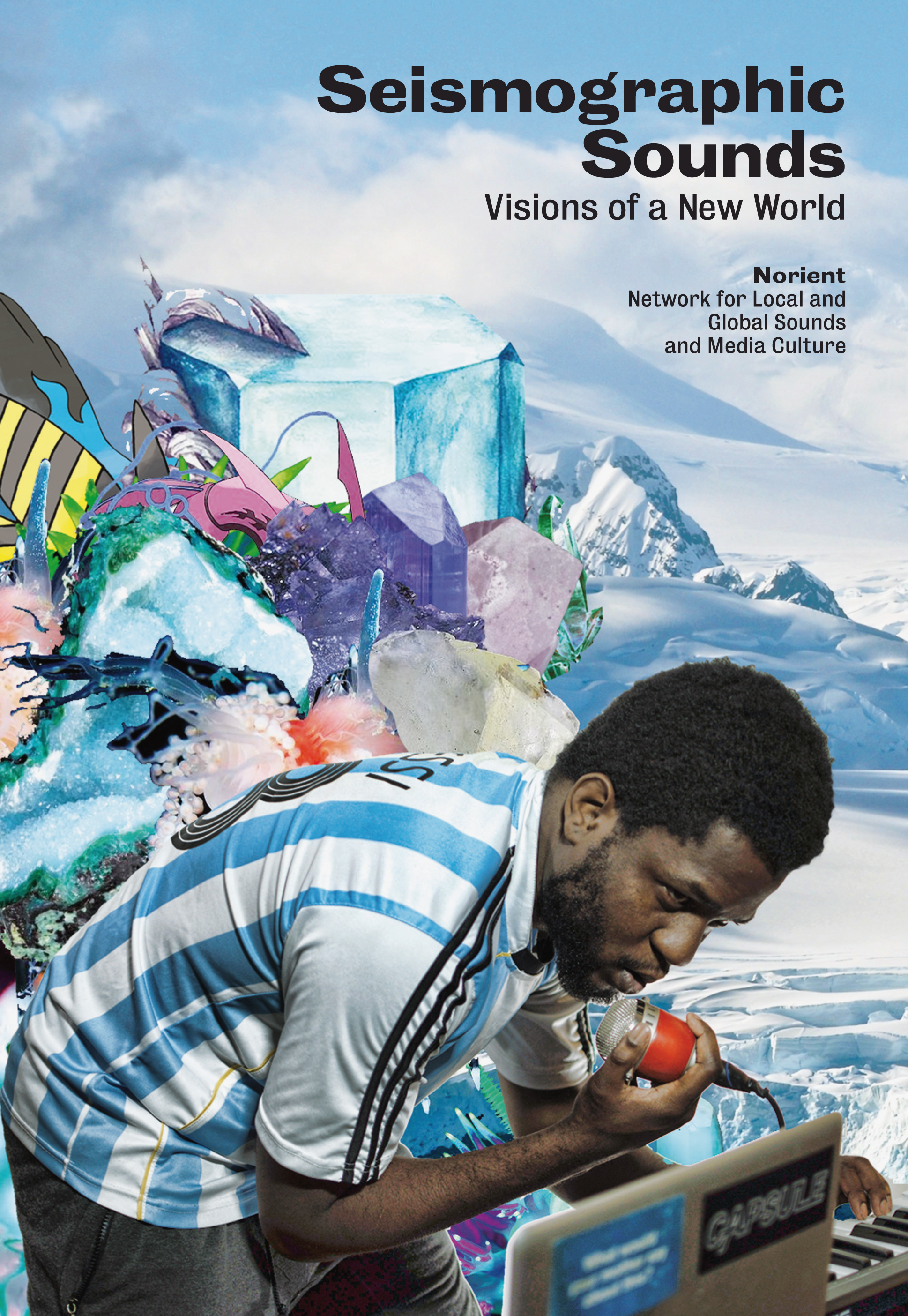 The festival continues in full force this week on the grounds of the Opera House (check out our daily blog). There’s a lot of good stuff and we recommend consulting the full schedule here, but we do have a couple of suggestions.

Of the older films, we suggest Ahmed al-Maamouni’s seminal 1978 Oh the Days! (Sunday at 3.30), Henry Barakat’s 1959 The Nightingale’s Prayer (10 am on Wednesday), part of the Faten Hamama tribute. And don’t miss out on the chance to see Ousmane Sembène’s hour-long 1966 film Black Girl — described by Time Out as an essential step in Sembène’s project to “totally Africanise the style and conception of my cinema” (Monday at 3.30 pm).

Of the new films being screened, Andrey Zaytsev’s 14+ is highly recommended by our blogger Nour El Safoury (Thursday at 10.30 am), who also describes Wim Wenders’ Everything will be Fine (Monday at 9.30 pm), which deals with a writer’s melancholia, as an “impactful meditation on a mood that many regard as the defining mood of today.”

Topics
Related
Alexandria
Situations arise because of the weather
Ilka Eickhof | An account of day one of Postponed Dates on a Disappearing Coast, a happening in Alexandria in the context
Cairo International Film Festival
FestBeat: World premiere of surprising Egyptian film Fi Youm on day two of CIFF
Nour El Safoury | Fi Youm interweaves the lives of six characters who live in contemporary Egypt. They are all struggling
Egypt's cinematic gems
Egypt’s cinematic gems: The Nightingale’s Prayer
Amany Ali Shawky | Tackling the idea that a man's value is his capacity for vengeance, and a woman’s chastity is more
EPIC 101 Studios
Band of the week: Nadah El Shazly
Maha ElNabawi | The long room of Estoril roars with conversation. The booths along the left side of the weathered downtown