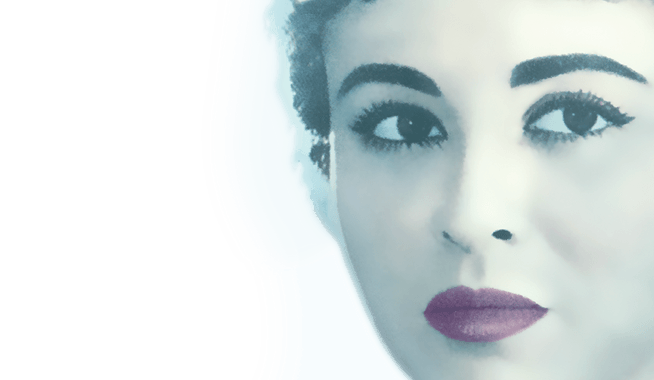 New management has been brought in for the 37th Cairo International Film Festival, scheduled to run from November 11 to 20 at five venues in the Cairo Opera House grounds.

Magda Wassef, founder and former head of the Luxor Film Festival for Egyptian and European Film, is the festival’s first ever female president, and its new artistic director is film critic Youssef Cherif Rizkallah.

The new duo’s core programing looks interesting and unusually gritty, and they are duly combining this with events commemorating the many cinematic icons Egypt has lost this year.

A marketing campaign on CIFF’s Facebook page asks the public to post videos of themselves playing charades in support of the festival. Producer Mohamed Hefzy, actors Karim Fahmy and Ahmed Hatem, and the band Uss wa Lazq have participated with widely-viewed videos.

Both the 2011 and 2013 editions of CIFF were cancelled for security reasons, and the 2012 edition was barely attended — its closing ceremony was cancelled due to clashes between protesters and security forces a few meters away at Tahrir Square.

The 2014 edition saw a much-needed revamp, as a young and ambitious team, led by renowned film critic Samir Farid, attempted to bring the festival back to its former glory. There were some organizational hiccups, but it did create an undeniable buzz with good attendance and high-quality programming of the sort we don’t often have access to.

The 37th CIFF more or less maintains the framework introduced last year. Alongside the recurring International Competition and the Festival of Festivals (films that have been screened at various big festivals), there’s a spotlight on Japanese animation and a series of restored classics, including Moroccan filmmaker Ahmed al-Maanouni’s Alyam, Alyam (Oh, the Days!, 1978), about a young man from the countryside trying to immigrate to Europe, and Shady Abdel Salam’s The Mummy (1970).

Joining them are films from around the world, many of which have been warmly received elsewhere and almost all of which deal with current, urgent global issues and/or difficult historical baggage.

They include Jonas Carpignano’s Mediterranea, which reflects on the 2010 Rosarno race riots. It follows a man from Burkina Faso who smuggles himself into Italy, where life does not go smoothly.

Yosef Baraki’s Mina Walking is about a 12-year-old Afghan female street vendor and was apparently shot hurriedly on location in Kabul.

Ones Tanovic’s Bosnian film Everyday Life is about a postwar family and a generation who lost their youth in the war, while Croatian director Dalibor Matanic’s The High Sun tells three consecutive love stories in neighboring Balkan villages with a history of inter-ethnic hatred.

And Corneliu Porumboiu’s The Treasure looks like a quick-paced comedy about a search for buried treasure, set as Romania comes to terms with its recent history.

The program also retains parallel events introduced last edition, including Cinema of Tomorrow, showing students films, and Critics’ Week. Perhaps best of all, there’s a repeat of the very successful Horizons of Arab Cinema program, which features some of the region’s latest films. This year it includes Fi Youm (In a Day) by Egypt’s own Karim Shaban, what looks to be a meditative film about six characters.

The Festival of Festivals section includes Gabriel Ripstein’s 600 Millas, a Mexican thriller about gun running that stars Tim Roth, which won Best First Feature at the Berlinale this year. Andrey Zaytsev’s 14+ was also well-received there.

The Cairo Film Connection, ran by Hefzy and director Maggie Morgan, offers a space for filmmakers with films still in production to meet and network with entities that could serve as potential partners for their films. Several cash prizes are on offer to help complete these projects.

This festival is dedicated to Faten Hamama, who passed away this year, hence her image on the poster. A new prize, initiated by Hamama’s family, recognizing local and international actors’ talent has been designed by sculptor Adam Henein. The honorary award will be given to the prolific, well-connected actor and former CIFF president Hussein Fahmy, as well as Italian actress Claudia Cardinale, while excellence awards will go to Egyptian actress Nelly Karim and Indian director Farah Khan.

A tributes program screens films starring Hamama, Omar El-Sherif and Nour El-Sherif, and books are being printed documenting their contributions to Egyptian cinema.

The festival’s opening film is Jonathan Demme’s rock-and-roll Ricki and The Flash, written by Diablo Cody and starring Meryl Streep, whose performance has been widely praised.

Wassef announced during the press conference that tickets will be available to book online through e7gezli, which may help with logistics. Payments can be made by credit card or through Fawry outlets at various locations.

The schedule is yet to be announced.

Topics
Related
Cairo Literature Festival
The Cairo Literature Festival: Between splendid and prosaic
Sara El Adl | The first Cairo Literature Festival began with a summoning to old Cairo on February 14. The name Orhan
Ahmad Abdalla
At the film festival: In frantic search of the sacred
Ahmad Abdalla | Ahmad Abdalla with a plea for festival judges to give up idealization and engage with the real-life debates
cinema
Two dialogues about the Panorama film festival
Ahmed Refaat | One talk with filmmaker and critic Tarek El Sharkawy, and one with with Swiss artist/curator Andrea Thal.
cinema
A postcard from the Luxor African Film Festival
Louis Henderson | I had the fortune to finally visit Luxor last week, having been generously invited to present two films