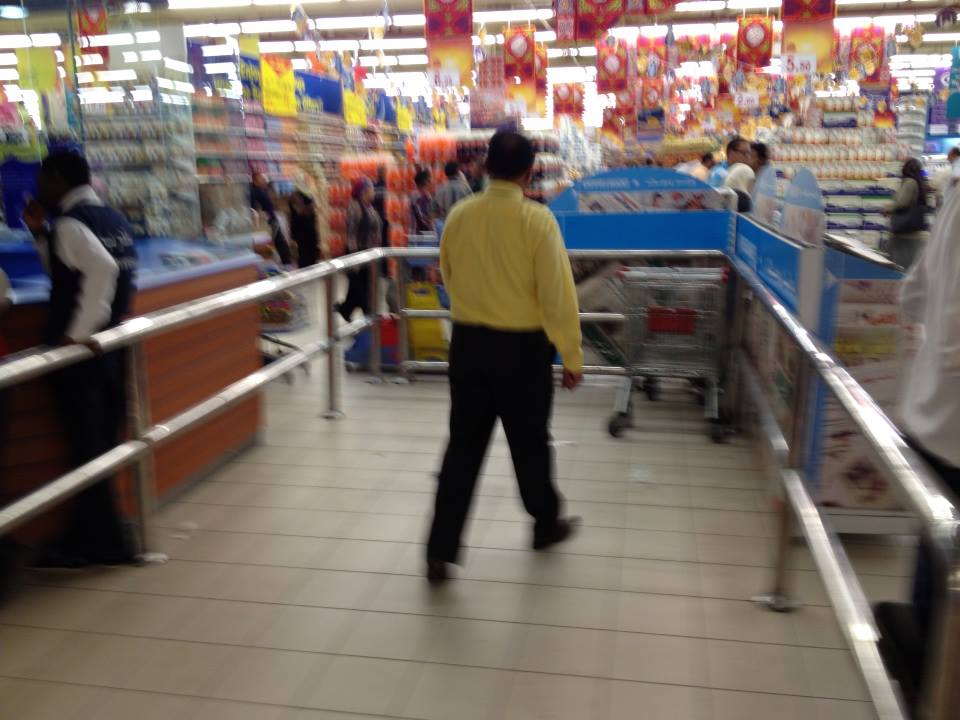 Egypt’s Supply Ministry distributed food to 4,000 outlets, to be sold at 20 percent below market value, in order to artificially combat rising food prices, the state-owned Al-Ahram newspaper reported on Tuesday.

Ministers from the supply and finance ministries are also meeting with the heads of commercial chains to discuss ways of reducing food prices, the privately owned Al-Masry Al-Youm newspaper reported.

These actions come a day after Sisi announced in a televised speech that the government and Armed Forces would take steps to tackle consumer price hikes.

“I tell all needy people that, God willing, by the end of this month, the state will have lowered prices,” Sisi said, adding that the Egyptian military would use its clout to provide essential commodities at a lower cost.

The privately owned Al-Shorouk newspaper reported that military carts were selling low-cost food in areas such as Salam city, Ramses and Giza’s Harem on Tuesday.

State statistics agency (CAPMAS) announced in October that annual inflation increased from 7.9 percent in August to 9.2 percent in September. The monthly figure reached 2.6 percent, the largest monthly increase since July 2014.

The October CAPMAS report attributed the sharp rise in inflation to a spike in food prices and other goods and services. Vegetable prices increased by 19.2 percent in September, along with a 2.3 percent increase for meat and poultry and a 1.2 percent rise in fruit prices.

This followed the resignation of Central Bank of Egypt Governor Hesham Ramez and the official devaluation of the Egyptian pound to 7.93 per US dollar, with further devaluation expected by the end of the year — a move that the Egyptian government hopes may promote exports and industry, but which also affects the cost of living for Egyptians.

The Central Bank also announced on October 29 that interest rates would remain unchanged, after some expectations that the rate may be cut to stimulate growth.

The Central Bank of Egypt has struggled to maintain foreign currency reserves, which has damaged the value of the Egyptian pound, making imports more expensive.

Egypt is the world’s largest importer of wheat and imports much of its food, meaning that when import prices go up, so does the price of food.

The Egyptian government and Armed Forces have a long history of stepping in during economic crises. During public protests over price hikes, the military has historically increased its role in public relief efforts — going as far as to bake and distribute bread itself.

Most recently, as food prices climbed in September 2013, the government instituted price controls for fruit and vegetables to combat rising prices, mandating fines and jail time to merchants selling above prices set by the government. However, the law failed to address higher prices from wholesalers and distributors, instead punishing retailers, and was poorly enforced.

Topics
Related
Alexandria floods
Sisi criticizes media for coverage of floods in Alexandria during televised speech
In a lengthy televised address on Sunday, Sisi criticized media coverage of the deadly floods in Alexandria
food prices
Skyrocketing vegetable prices push inflation to 9.2 percent in September
The cost of living in Egypt shot up in September, as annual consumer inflation accelerated to 9.2 percent,